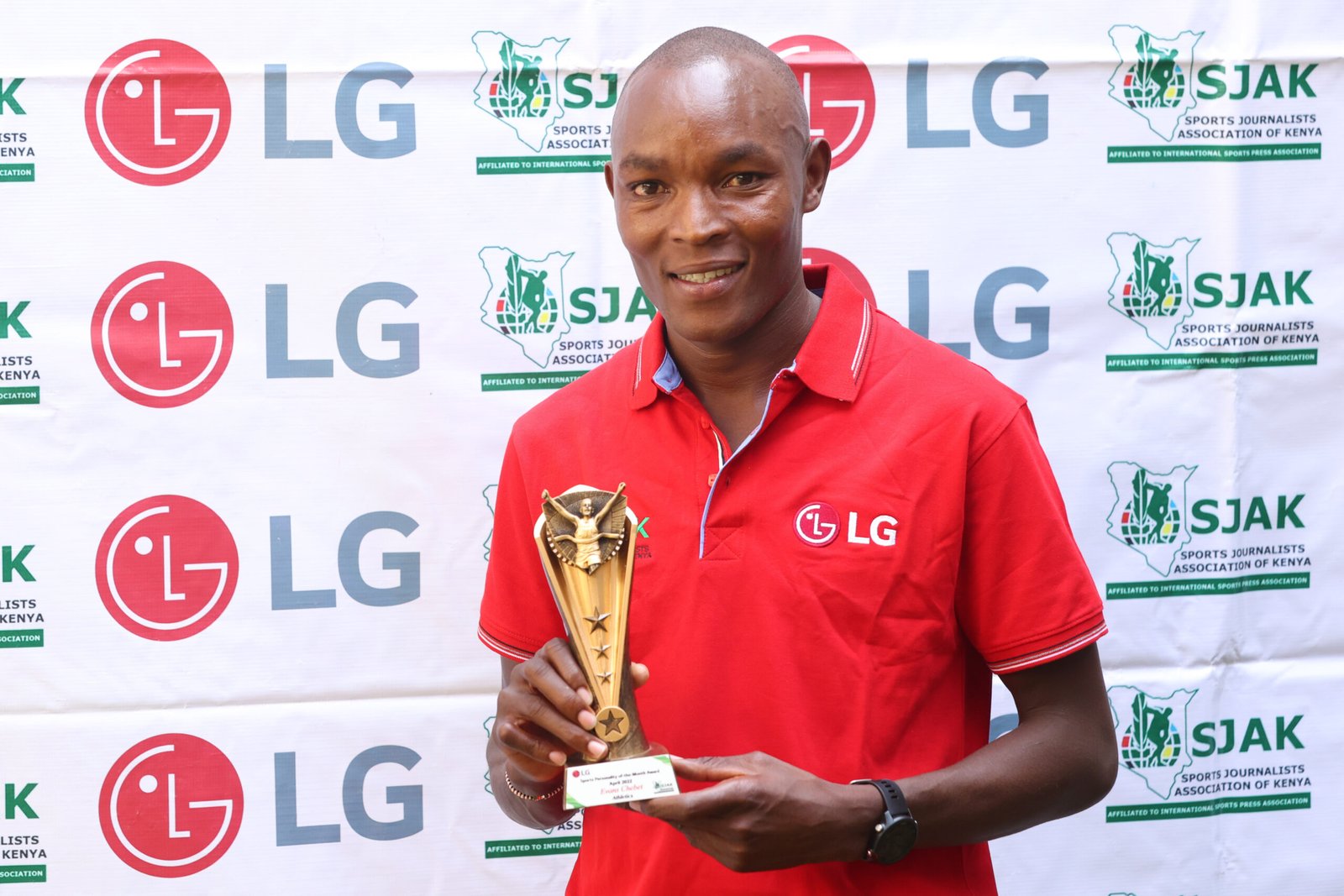 Boston Marathon champion Evans Chebet has been feted as the Sports Journalists Association of Kenya (SJAK) Sports Personality of the Month for April after his imperious run earlier on last month.

Chebet, who trains in Kapsabet, won his first-ever Major Marathon title after cranking up the field in Boston where he clocked 2:06:51 to win the title in the middle of a strong field that included defending champion Benson Kipruto and 2019 winner Lawrence Cherono.

“I am so delighted to win my first ever award, it goes a long way in motivating me ahead of my aim or running Berlin and New York Marathon. It was such a great feeling to go to Boston and win especially after failing to finish in 2018,” Cherono said, as he received his accolade.

For his sweat, he was rewarded with a Vivace Washing Machine, with AI DD technology from SJAK partners LG Electronics.

“As LG Electronics East Africa, we commit to being present to support you through SJAK and ensure that your break the barriers and lift the trophy.”

“Our sponsorship of this award is not only aimed at inspiring our sportsmen to keep doing better, but it also signifies our commitment to contribute to the development of sports in Kenya by recognizing local talent,” said LG Managing Director Africa, Sa Nyoung Kim. 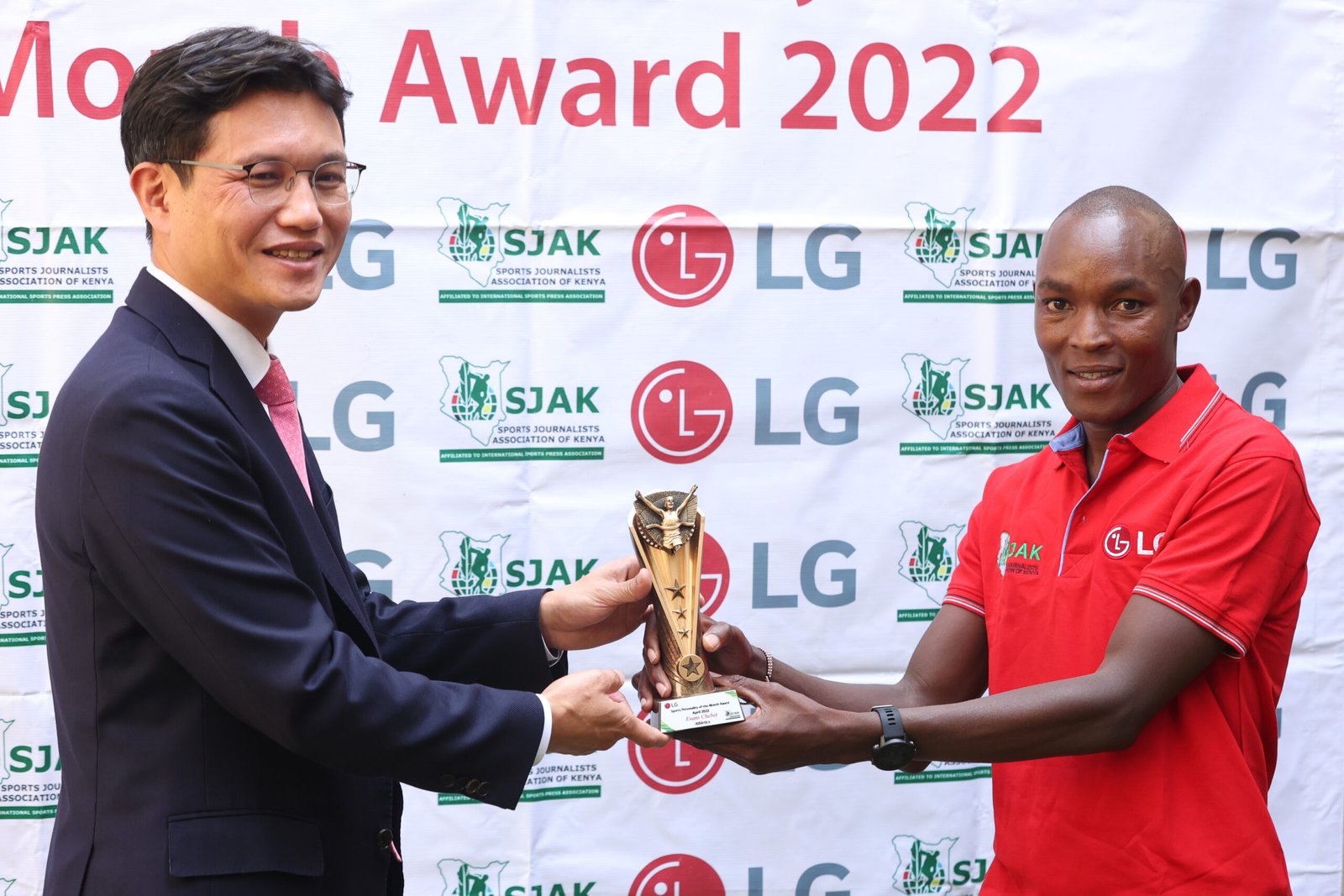 To win the April award, Chebet beat a healthy field, just as he did at the Boston Marathon. Other sports personalities nominated included women’s winner Peres Jepchirchir and rally star Karan Patel who won the third round of the 2022 FIA African Rally Championship (Equator Rally)  from start to finish.

Also in the list was Maurine Chepkemoi, who destroyed the course record at the 75th edition of the Enschede marathon in Netherlands.

The five gold medalists for the Kenya team Hit Squad at the Africa Zone 3 Boxing Championship in Congo were also nominated for the April award.

“For 8 years LG has demonstrated their support for sports, both on and off the pitch. And together we share an ambition of creating opportunities at all levels and ensuring every aspiring athlete enjoys an enabling environment.”

“We look forward to further developing our relationship over the coming years.”