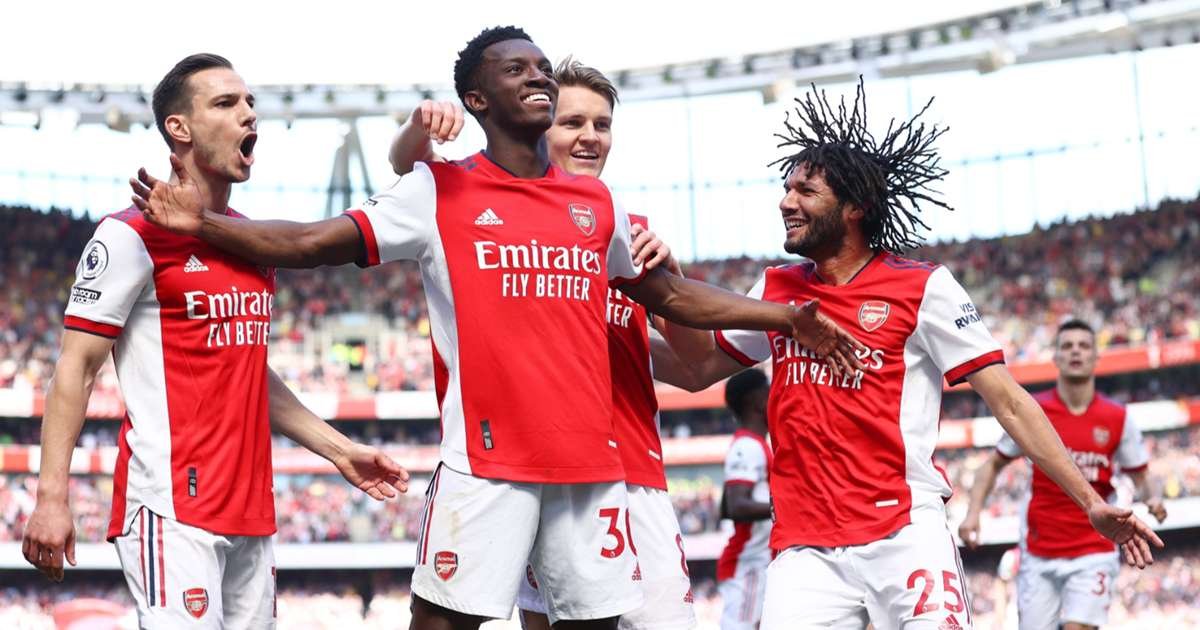 Eddie Nketiah scored twice against his former club as Arsenal remained on course for the Champions League and plunged 10-man Leeds United into the relegation zone with a 2-1 win in the Premier League.

Nketiah capitalised on an Illan Meslier error to put the Gunners in front and added a second just 10 minutes into the Premier League clash at the Emirates Stadium on Sunday.

Leeds suffered another massive blow when captain Luke Ayling marked the 500th appearance of his career by getting sent off for a reckless first-half lunge on Gabriel Martinelli with only 27 minutes played. 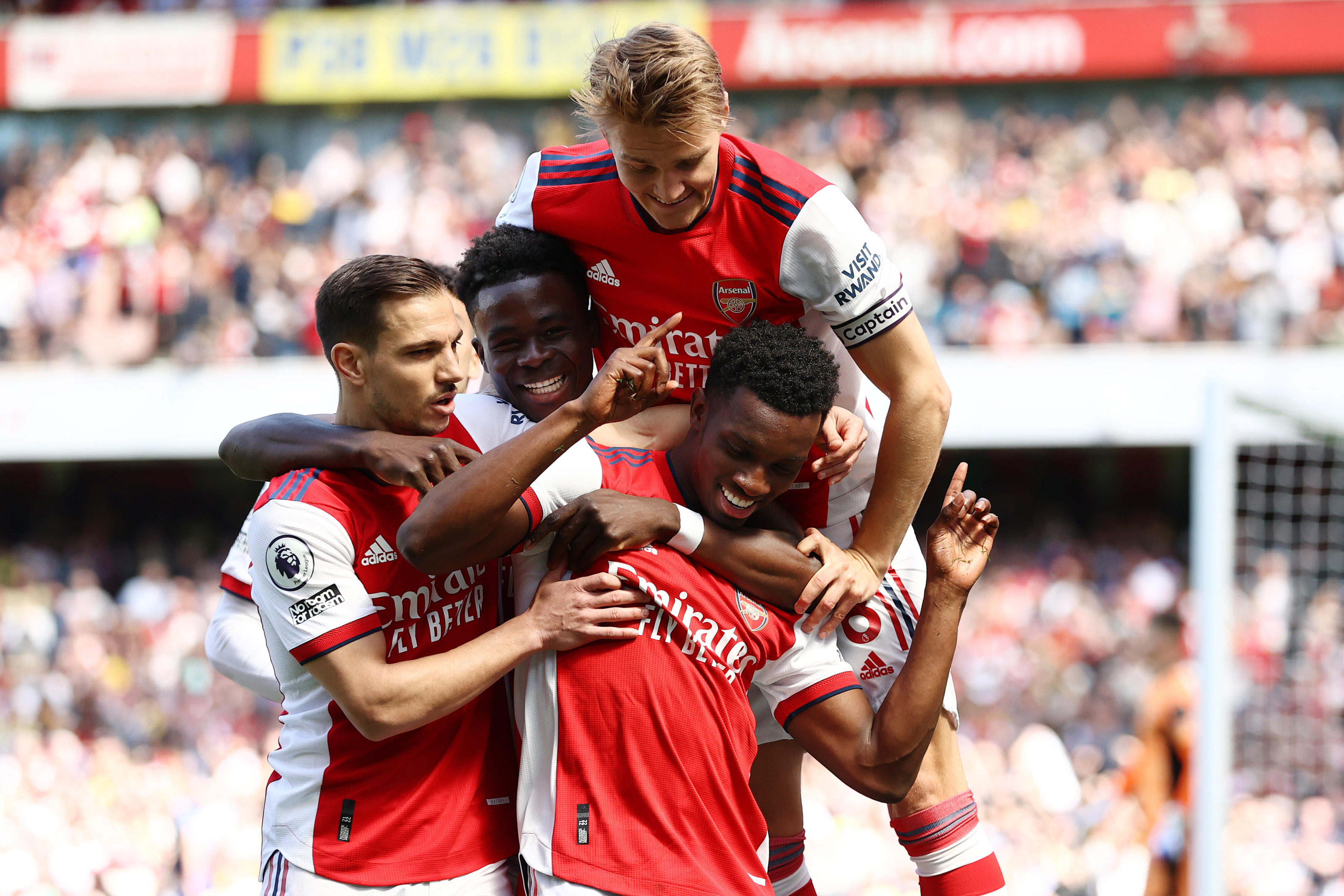 Arsenal players celebrate after Eddie Nketiah scored against Leeds United in the Premier League clash at the Emirates Stadium on Sunday, May 8 2022. | PHOTO: Getty Images |

Diego Llorente pulled a goal back in the second half, but Arsenal moved four points clear of fifth-placed Tottenham and Jesse Marsch’s side dropped into the bottom three after Everton won at Leicester City.

Meslier gifted Arsenal the lead in the fifth minute, taking a heavy touch from Ayling’s back pass to present Nketiah with a tap-in.

Nketiah doubled the Gunners’ advantage five minutes later, finishing clinically with his left foot from close to the penalty spot after the excellent Martinelli picked him out with a cutback from the byline.

A nightmare start for Leeds took another huge turn for the worse when Ayling was given his marching orders for a mindless challenge, referee Chris Kavanagh whipping out a red card following a VAR check after initially booking the defender.

Llorente cleared off the line late in the first half and Martinelli forced a save from Meslier following the restart before blazing over the crossbar, with Leeds on the ropes.

Arsenal was cruising, but Llorente gave Leeds a lifeline when Junior Firpo flicked on a corner from the left and Llorente was on hand to tuck home with his right foot at the back post.

Martin Odegaard spurned a chance to restore Arsenal’s two-goal advantage when he cut inside and drilled a left-foot drive just wide, but Nketiah’s double extended the Gunners’ winning run to four games.

Arsenal’s fate remains in their own hands ahead of their battle with Spurs after they beat Leeds for a third time this season, capping a great week for Mikel Arteta after he signed a new contract.

The alarm bells are ringing for Leeds after they slipped into the bottom three, behind Burnley on goal difference and a point worse off than Everton after the Toffees’ huge 2-1 victory at Leicester.

Striker Nketiah spent a loan spell with Leeds in the 2019-20 campaign and has enjoyed lining up against them this season.

The 22-year-old has scored three times against the Whites this season and has four goals in as many games after his recent brace in a win at Chelsea.

Ayling is among the senior players boss Marsch was counting on in the coming weeks as Leeds battles to stay in the top flight.

But the skipper, who started his career at Arsenal, will not play again this season after lunging at Martinelli with his studs up in a moment of madness, which will see him serve a three-match ban.

Arsenal makes the short trip to Spurs knowing a derby win can secure their place in the Champions League next season, while beleaguered Leeds are at home to third-placed Chelsea on Wednesday.