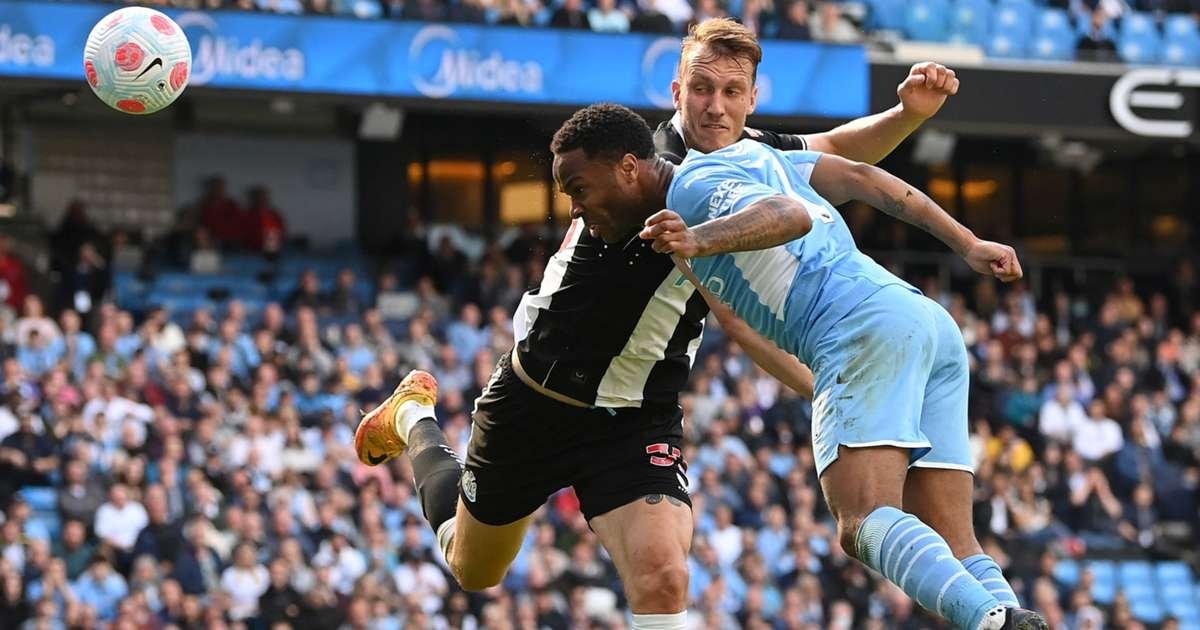 Manchester City can see the title in their sight after moving three points clear of Liverpool at the Premier League summit with a ruthless 5-0 win over Newcastle United.

Raheem Sterling started and ended this routine win, with Aymeric Laporte, Rodri and Phil Foden also on the scoresheet as City made no mistake at the Etihad Stadium on Sunday evening.

Rocked by painful defeat from the jaws of victory against Real Madrid in the Champions League semi-finals on Wednesday, City did not play as though they were nursing a hangover from that bitter blow. 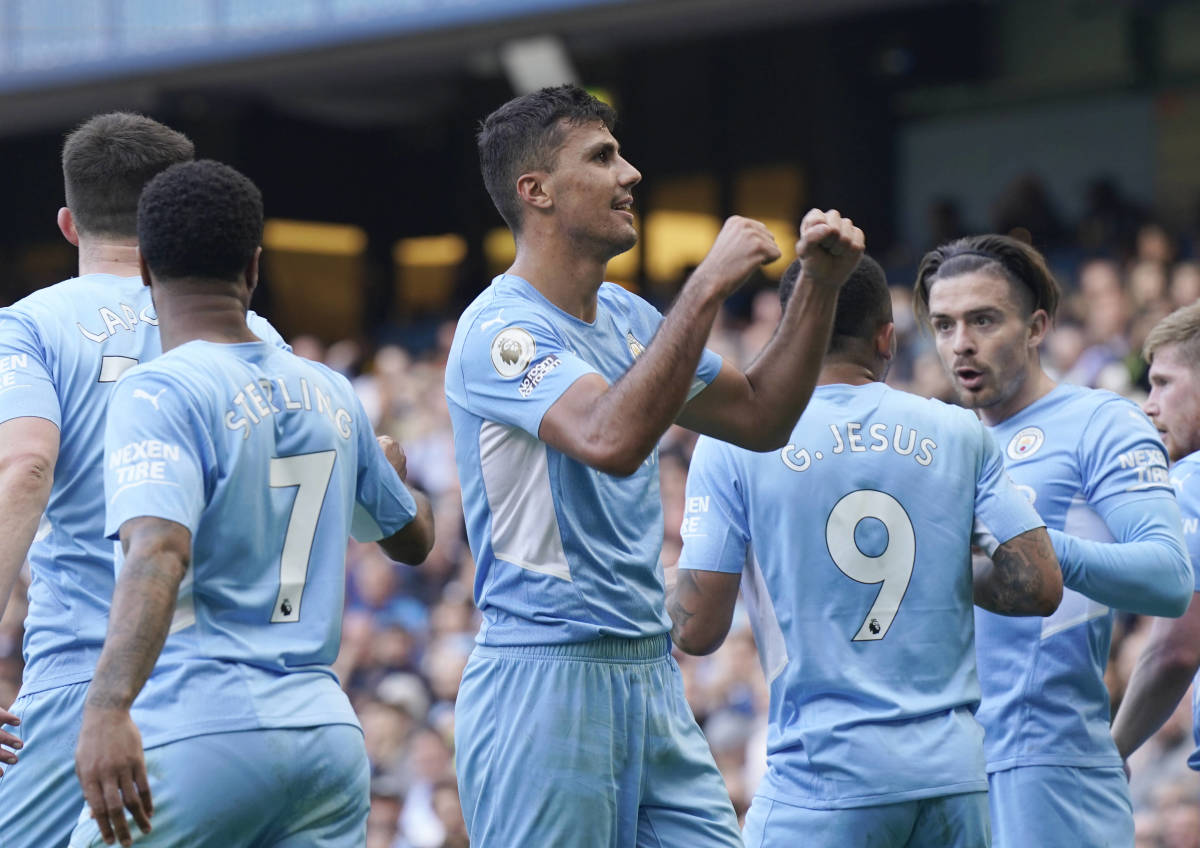 Manchester City players celebrate after Rodri scored the third goal against Newcastle United in the Premier League at the Etihad Stadium on Sunday, May 8 2022. | PHOTO: Getty Images |

Pep Guardiola said the Madrid game was sure to be on his players’ minds, but a welcome distraction arrived when title rivals Liverpool were held by Tottenham on Saturday, a major blow to the Reds’ hopes. On this evidence, City should be celebrating a successful title defence back at this stadium in two weeks’ time.

Newcastle’s Chris Wood missed a glorious chance after eight minutes when he put a tame header straight at Ederson from Allan Saint-Maximin’s cross, and from a corner moments later at the other end, Laporte skied a close-range shot.

Joao Cancelo smashed wastefully wide after Kevin De Bruyne’s cross from the left, but City was soon ahead. The opener came in the 19th minute when Ilkay Gundogan’s floated pass was headed across goal by Cancelo for Sterling to nod in from close range.

Wood had the ball in the City net, but his close-range finish was disallowed for offside against Bruno Guimaraes, and the hosts doubled their lead in the 38th minute when Martin Dubravka spilt Gundogan’s 20-yard volley from a corner routine and Laporte bundled in.

Rodri made it 3-0 on the hour when De Bruyne’s corner from the left found him at the near post, and the midfielder’s header pinged low past Dubravka.

Oleksandr Zinchenko had a fierce drive tipped over by Dubravka as City looked to boost their goal difference.

They grabbed a fourth in the 90th minute when Foden converted from close range after Jack Grealish and Zinchenko combined on the left, and Grealish fed Sterling to drive home a fifth to rub it in for both Newcastle and Liverpool. Guardiola must take his team away to Wolves and West Ham before they host Aston Villa on May 22, the final Sunday of the season. Few would have expected Newcastle to take anything from this game, regardless of their improvement since the turn of the year.

Newcastle has never won a Premier League game at the Etihad Stadium (D2 L15), losing each of their past 13 visits to the stadium now, and when Wood’s feeble header let City off the hook early on, it was pretty clear that dire run was not about to end.

City’s opener was notable for it being the 50th goal that Sterling has scored in the Premier League at the Etihad Stadium. He added the number 51 in the final seconds. Only one player has beaten that total, with Sergio Aguero bagging 106, including five in one game against Newcastle in October 2015.

The goals from Laporte and Rodri stemmed from corners and were City’s 19th and 20th goals from set-piece situations this season in the Premier League, excluding penalties. They have conceded just once from set-pieces themselves, with their plus-19 differential the best figure recorded in a single season in the competition since such records are available (2006-07 onwards).

City makes a tricky trip to Wolves on Wednesday. Newcastle is not back in action until May 16, when they host top 4 chasing Arsenal.