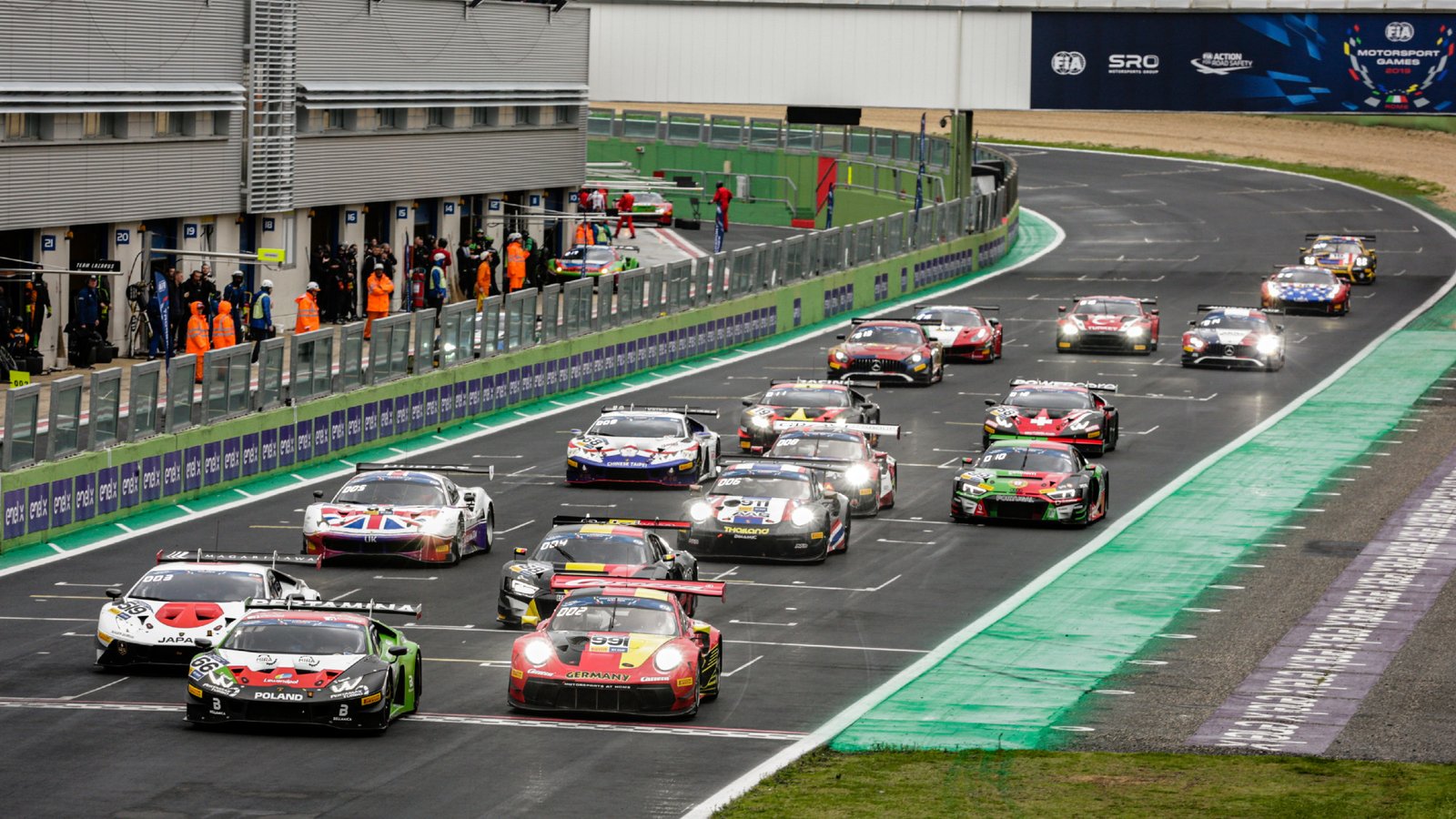 The second edition of The FIA Motorsport Games 2022 entries open is set to be held in a month’s time in Marseille City in France with up to 17 disciplines spanning the spectrum of motorists staged across the three locations of Circuit Paul Ricard, Veynes, and St. Baume from 26th to 30th October 2022.

The unique multi-discipline competition event is said to have attracted more than eighty nations through their National Sporting Authorities (ASNs) with over a thousand drivers competing under their country’s flag and colors.

In accordance with the FIA President Mohammed Ben Sulayem with the nature of FIA Motorsport Games, it’s structured to create an environment that will see all the participants earn the values of respect, unity, and equal opportunities.

It will combine both amateur and professional drivers from ASNs across the globe and all levels of motorsport will compete for gold, silver, and bronze medals under the colors of their country’s flag. 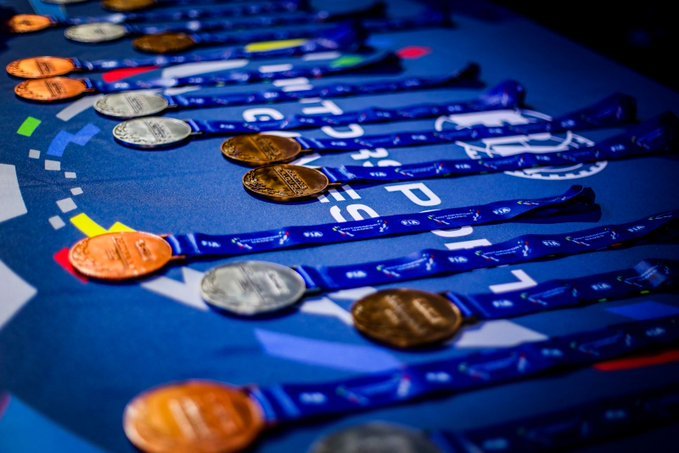 All levels of motorsport will compete for gold, silver, and bronze medals under the colors of their country’s flag. Courtesy FIA Twitter

“The Games present a platform for developing new disciplines and sporting frameworks. These are key to encouraging local participation, fostering diversity and making the sport more accessible and affordable. For upcoming talents, in particular, the Games represent a great opportunity to showcase their skills in front of a receptive audience. This creates new role models who will, in turn, go on to inspire future generations.”

The 2022 FIA Motorsport Games will start with a spectacular Opening Ceremony held near the Vieux-Port, at the Mucem in Marseille on Wednesday, 26 October, when each ASN and its team of drivers will embrace the opportunity to parade under the colors of their country’s flag.

It was last hosted in Rome (Italy) and staged at the nearby Vallelunga circuit in 2019, featuring six core disciplines and attracting 49 nations and 192 drivers.

The FIA and SRO Motorsport Group have since built on the success of the inaugural event to vastly expand the 2022 FIA Motorsport Games to feature nearly three times as many disciplines, covering the grassroots to the pinnacles of the sport. The entire spectrum will be represented from Karting Slalom to Rallying, Drifting to Formula 4, Endurance, and GT racing.

Registration for competing nations will be open from 15 June to 25 September 2022, via the dedicated FIA registration platform. Competitors wishing to represent their county are also encouraged to contact their respective National Sporting Authorities.

A core objective of the FIA Motorsport Games is to make motorsport more accessible for fans, who will be at the Centre of the action with free access available to all aspects of the competition. Details of how to register for tickets will be announced soon.

What’s new in this year’s Event 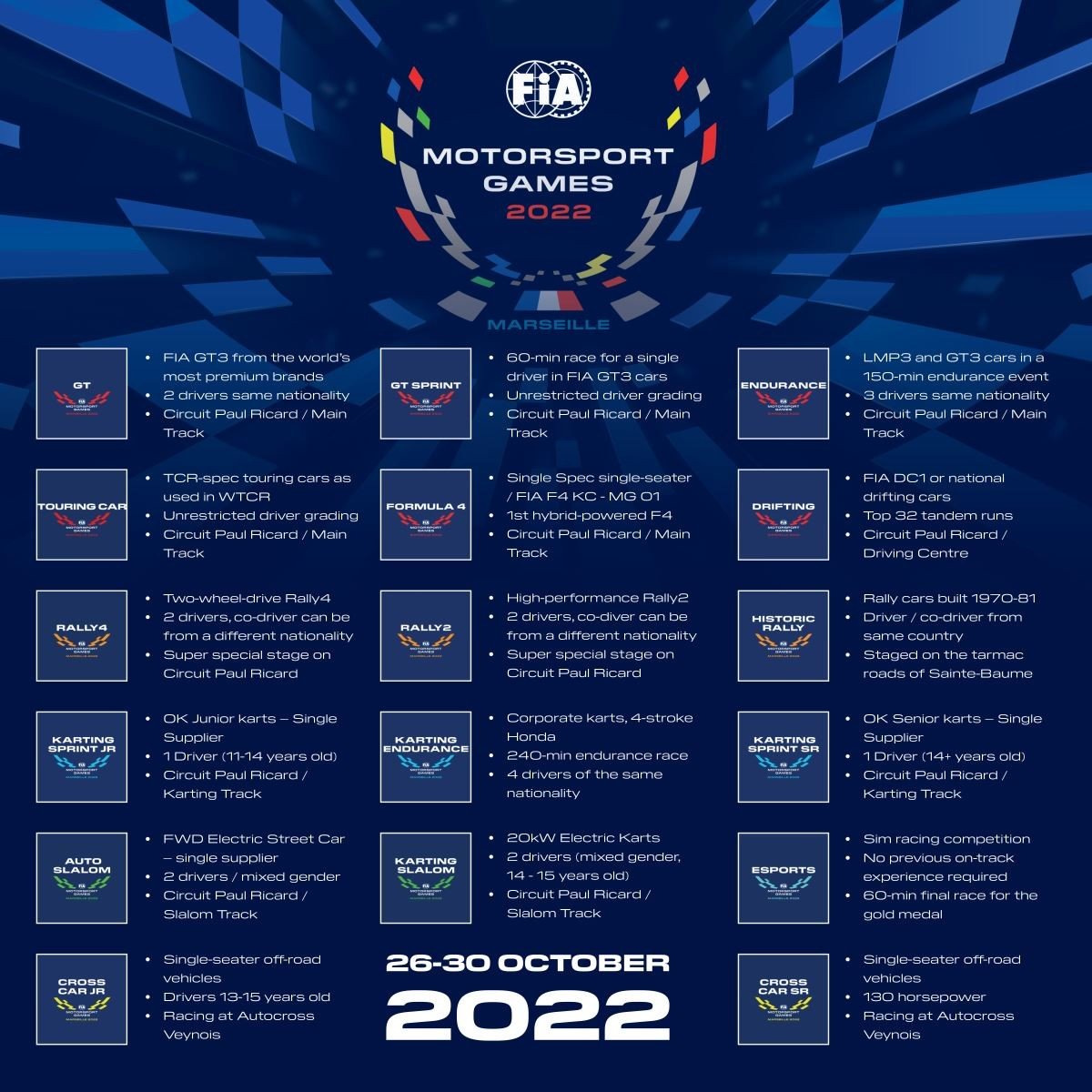 Rallying will also become a major part of the proceedings this year. Staged on the tarmac roads of Sainte-Baume, three separate disciplines will be included in the 2022 program, with exciting new additions for high-performance Rally2 machinery and two-wheel-drive Rally4 cars. The popular historic scene will be on show too, with Historic Rally joining the bill.

Esports action also returns, giving the opportunity for motorsport gamers aged over 16 years to compete on the global stage without a racing license.

The Games will continue its future-forward approach and the 2022 edition will be organized as an environmentally responsible event, aspiring to fulfil the highest three-star FIA environmental accreditation standard.