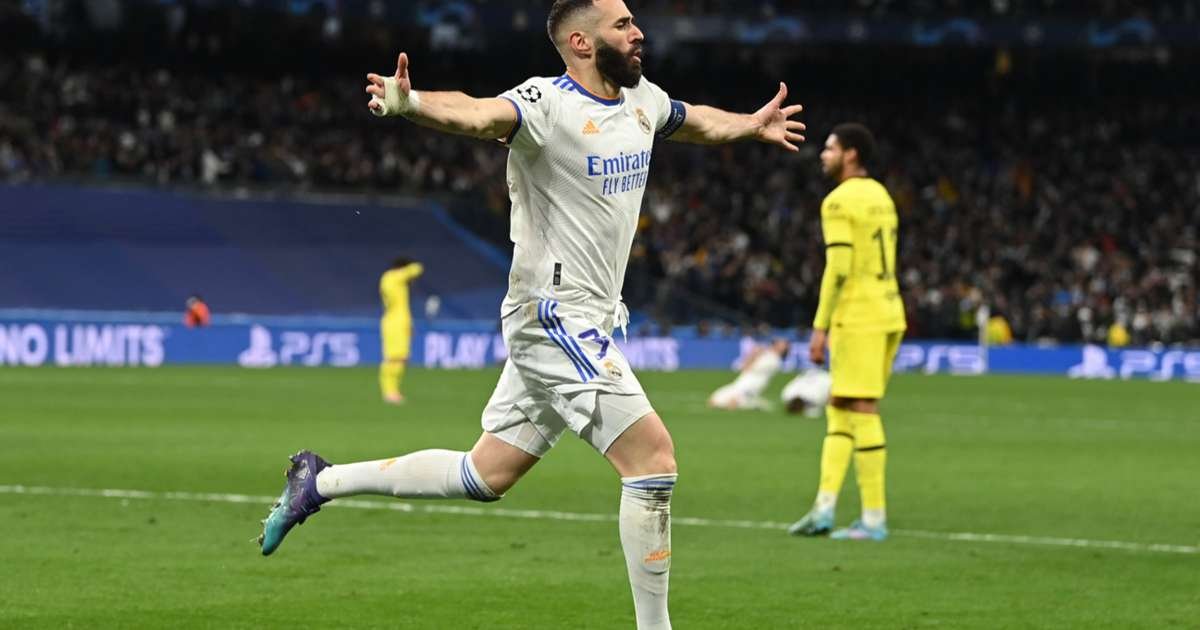 Karim Benzema netted in the extra time to put Real Madrid into the Champions League semi-finals despite a 3-2 defeat to holders Chelsea on Tuesday night.

Benzema, who scored a hat-trick at Stamford Bridge, had the final say, though, thundering home a header six minutes into extra time to seal a 5-4 aggregate victory.

Carlo Ancelotti’s side will now face either Atletico Madrid or Manchester City, with Pep Guardiola’s side holding a 1-0 lead from the first leg.

Chelsea’s strong start was rewarded in the 15th minute when Mount curled past Thibaut Courtois from just inside the penalty area after latching onto Werner’s nudged ball forward. 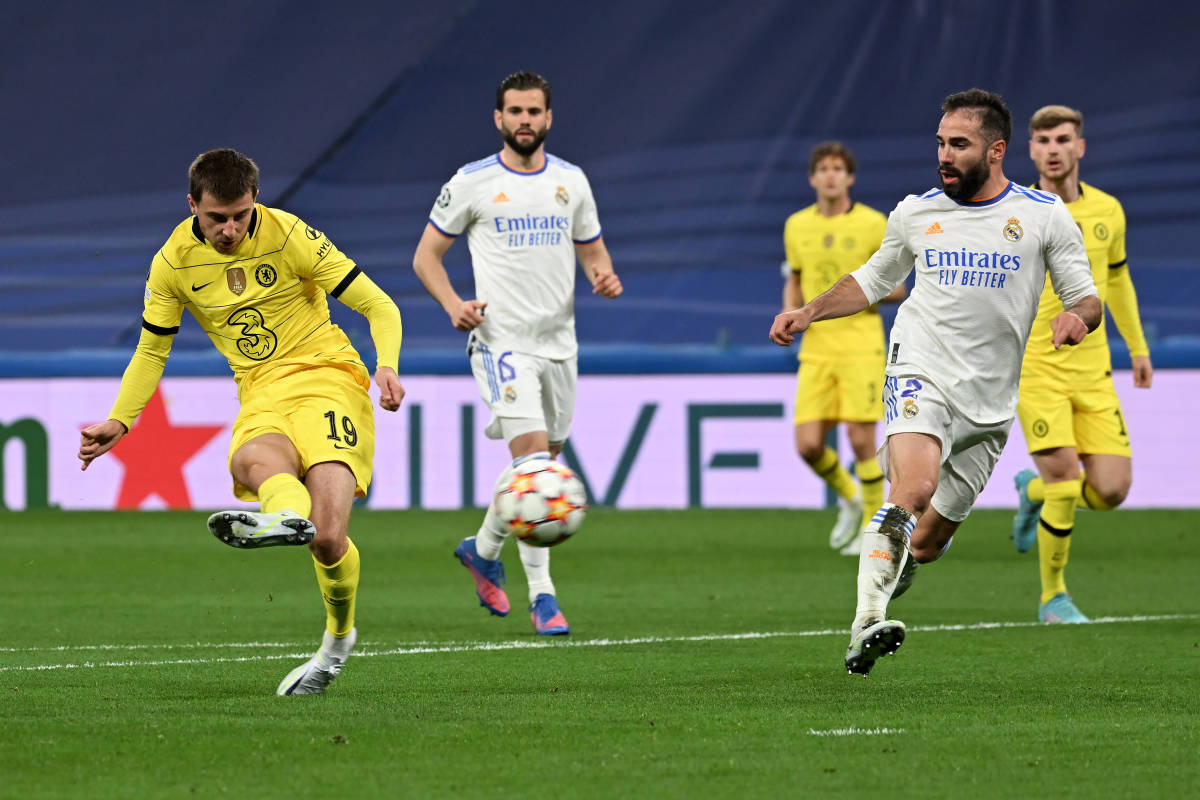 Mason Mount scored the opener in the 15th minute to give Chelsea a lifeline in the Champions League clash against Real Madrid on Tuesday, April 13 2022. | PHOTO: Getty Images |

Madrid struggled to break Chelsea’s stubborn backline down in the first half, with Ancelotti’s men going in at the break without a shot on target to their name.

Chelsea levelled the tie on aggregate six minutes into the second half, Rudiger planting a powerful header past Courtois from Mount’s cross.

Alonso thought he had edged Chelsea in front 11 minutes later when he thumped into the top corner from eight yards, yet his effort was ruled out for handball following a VAR check.

Benzema crashed a header against the crossbar soon after, before Werner put Chelsea ahead on aggregate in the 75th minute with a strike that proved too hot for Courtois to handle.

Madrid clawed their way back into the tie with 10 minutes remaining, though, as Rodrygo, who had only been on the pitch for two minutes, steered a superb volley past Edouard Mendy from Luka Modric’s breathtaking pass.

That set the stage for Benzema’s decisive goal in additional time, the France international heading past Mendy from 10 yards out following fine work down the left by Vinicius Junior.

At 29 years and 293 days, the average age of Madrid’s starting XI was their oldest ever in a Champions League game and it showed for the first 75 minutes as Chelsea dominated.

As is so often the case, though, the talismanic figure of Benzema popped up to help Ancelotti reach the last four of the Champions League for the eighth time – the joint-most by a coach in the competition’s history, alongside Guardiola and Jose Mourinho.

After a stunning display at Stamford Bridge last week, Benzema was once again the star man as Madrid broke Chelsea’s hearts.

The 34-year-old’s header was his 12th Champions League goal of the season – a total only bettered by Bayern Munich’s Robert Lewandowski – while he now has seven goals in three games in the competition. 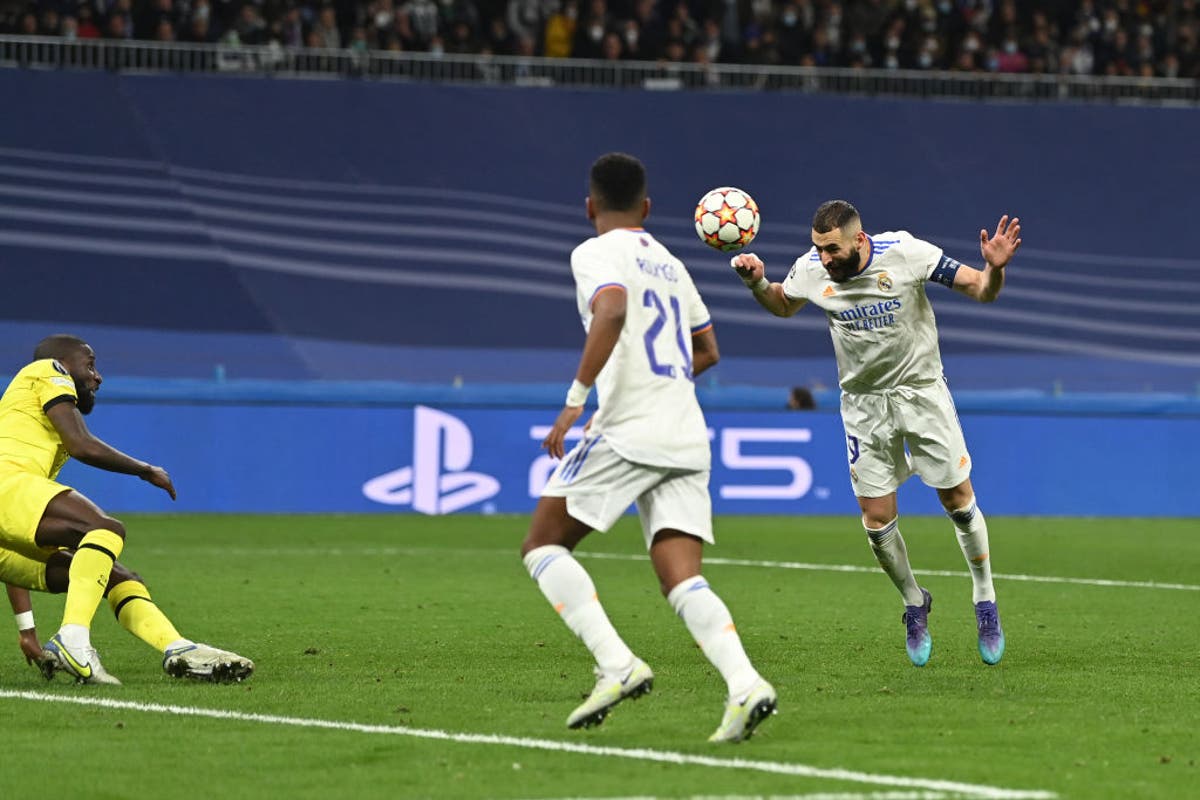 Karim Benzema scored in the extra time to hand Real Madrid a victory on aggregate against Chelsea in the Champions League clash. | PHOTO: Getty Images |

Mount can consider himself unlucky to be on the losing side after a stellar display. His fine early strike made him just one of two English players to score 20 goals or more and provide at least 20 assists (21 goals, 22 assists) for a Premier League side in all competitions since the start of last season alongside Harry Kane.

Both sides are next in action on Sunday, with leaders Madrid visiting Sevilla in LaLiga and Chelsea facing Crystal Palace in an FA Cup semi-final clash.

Is Didier Drogba set to become the next Samuel Eto’o?
Luka Modric reveals Chelsea is the most difficult team to play against