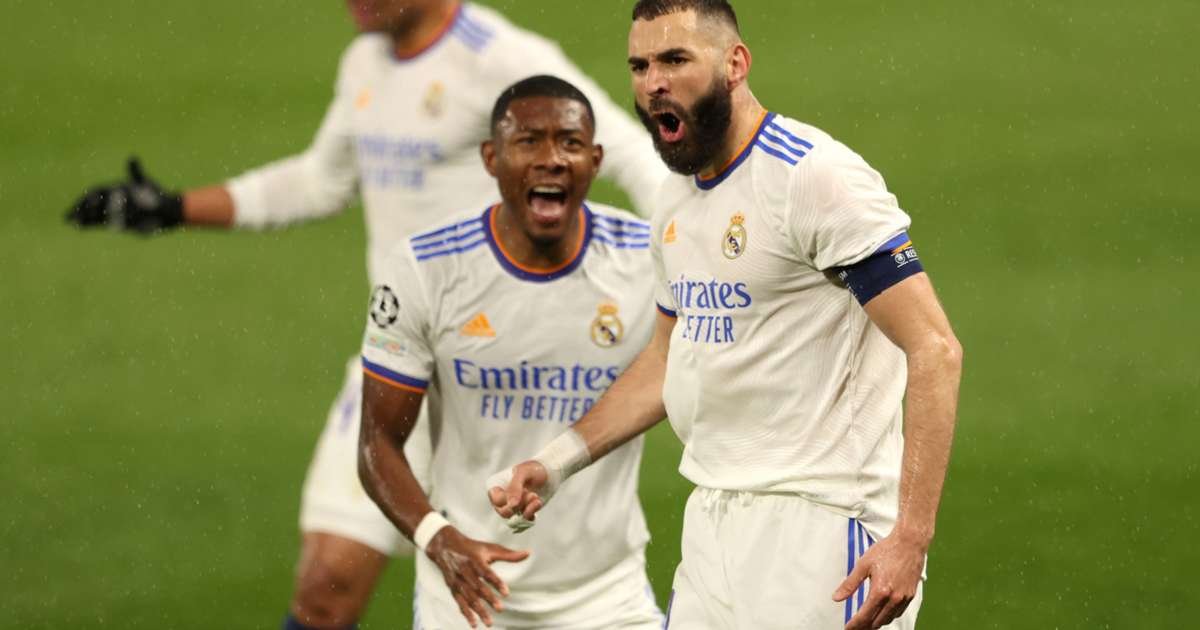 Benzema’s treble – just four weeks after doing the same against Paris Saint-Germain in the round of 16 – helped Carlo Ancelotti’s side take command of the tie at Stamford Bridge.

The France international put the 13-time European champions in control with a brace of first-half headers, before capitalising on Edouard Mendy’s mistake to complete his hat-trick 46 seconds after the restart.

Kai Havertz grabbed what proved to be a consolation for the reigning champions, who have work to do in the second leg next week after suffering their first ever defeat against Madrid.

Madrid took the lead in the 21st minute when Benzema released Vinicius down the left flank before brilliantly powering a 14-yard header into the top corner. 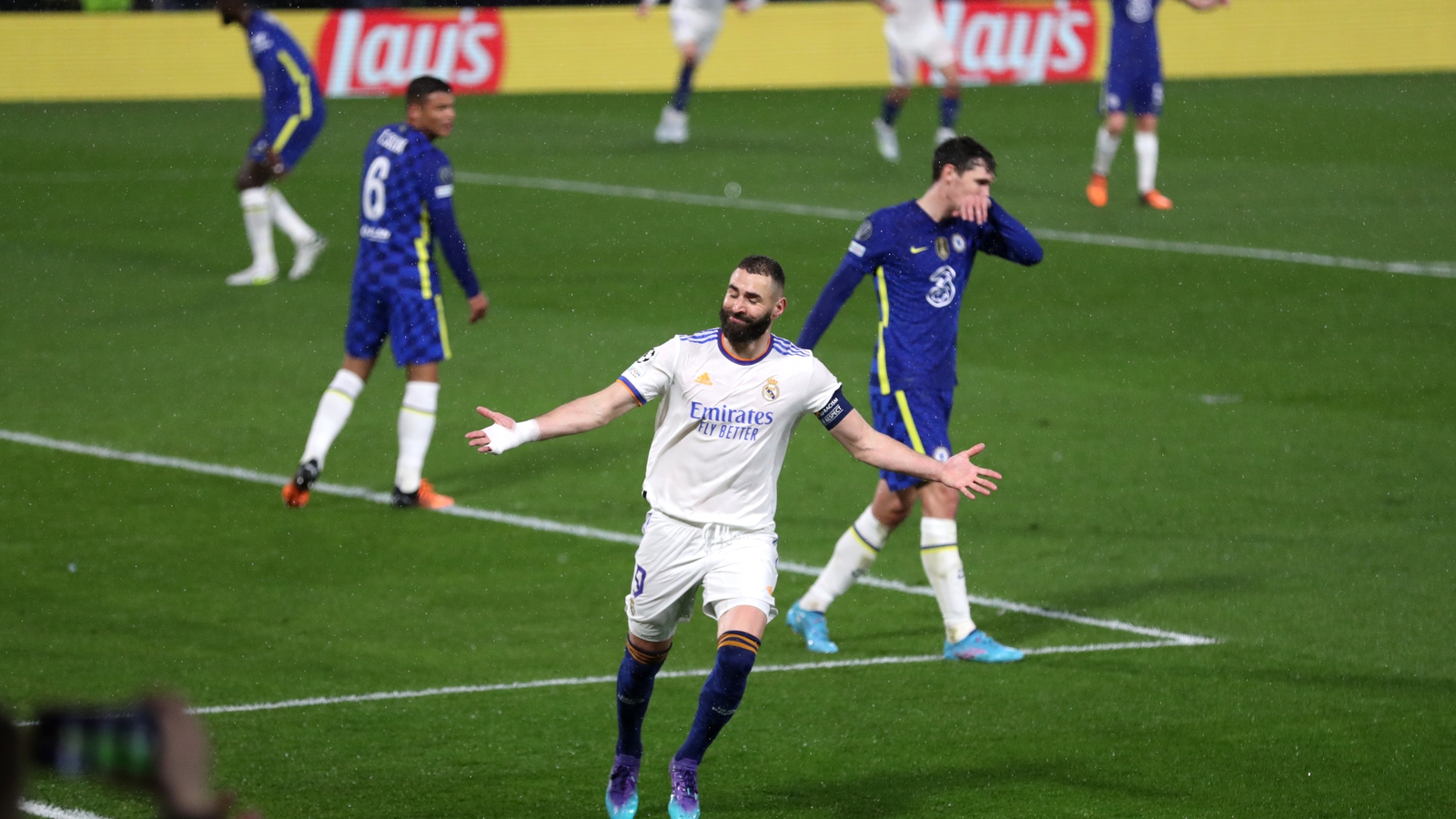 The visitors were in dreamland just three minutes later as Benzema wonderfully guided Luka Modric’s fizzed cross beyond Edouard Mendy to take his tally in this season’s Champions League into double figures.

Chelsea responded five minutes before the break with Havertz ghosting into the box to head home an inviting centre by Jorginho.

But the hosts were architects of their own downfall within a minute of the restart. An alert Benzema intercepted Mendy’s poor square ball to Antonio Rudiger, before sliding into the empty net for his 10th goal in four matches across all competitions.

Thomas Tuchel’s side looked to respond and Cesar Azpilicueta’s long-range thunderbolt drew a magnificent save out of Courtois, while Romelu Lukaku headed wide from eight yards out.

Mason Mount was then whiskers away from seeing his curling 25-yard effort nestle in the top corner, but the Blues suffered their first loss in nine European games against Spanish opposition.

Madrid arrived at Stamford Bridge targeting a first win on English soil since a 3-0 victory over Liverpool during the 2014-15 season.

But Los Blancos ended their drought in style and have now lost just once in their last nine Champions League matches against the reigning champions.

It was another memorable outing for Benzema, who became the first player to score a hat-trick against Chelsea in a European competition.

The France international, who is the first player from his country to net 10 or more goals during a single Champions League campaign, is also only the fourth different player to bag successive trebles in the competition.

Chelsea came into the first leg boasting 10 clean sheets from their 15 Champions League clean sheets under Tuchel, but recording an 11th was always going to be a challenge here.

Although he was blameless for both of Benzema’s headers, Mendy gifted the striker with his hat-trick goal when he miscued his attempted pass to Rudiger and he will hope that error does not prove costly in the context of the tie.

The two sides renew their rivalry in the second leg at Santiago Bernabeu next Tuesday. Before that, Madrid hosts Getafe in LaLiga on Saturday, while Chelsea visits Southampton in the Premier League.