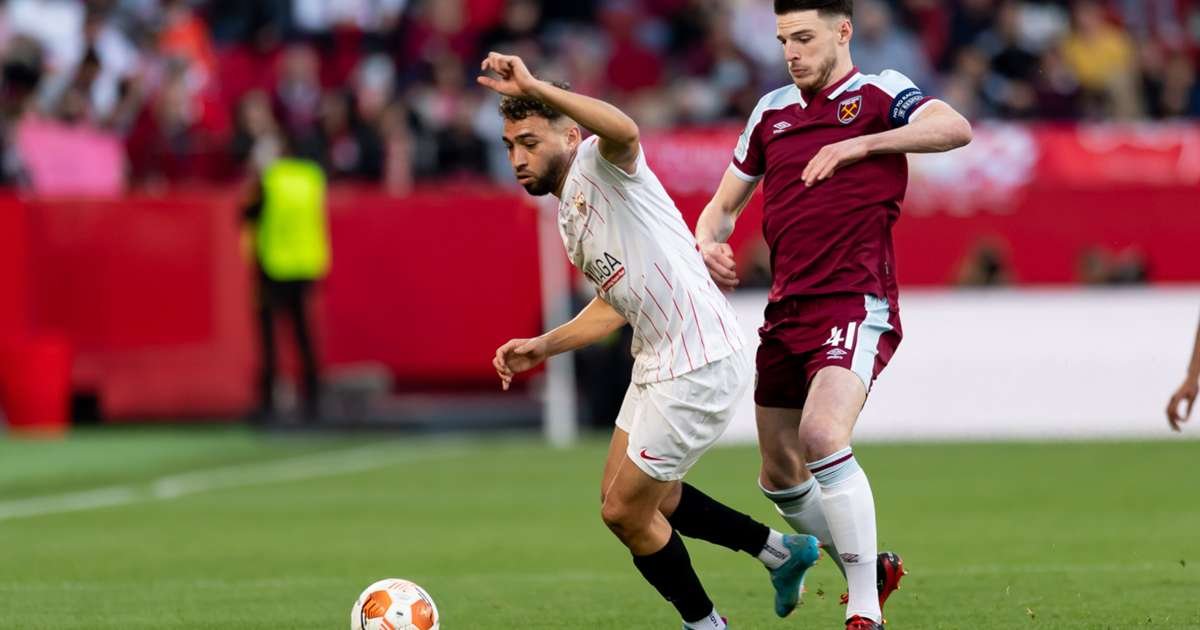 Sevilla will take a slim advantage into their Europa League last-16 second leg against West Ham after winning 1-0 at the Ramon Sanchez-Pizjuan Stadium.

A superb second-half strike from Munir El Haddadi was enough to give the LaLiga side the victory, though the visiting Hammers also had their chances.

Munir only came into the side after Ivan Rakitic picked up an injury in the warm-up, and the Moroccan was at the centre of most of his team’s best moments.

West Ham manager David Moyes may well be satisfied with his team’s performance and coming away from Spain with just a one-goal deficit, as they look to get back into the tie at the London Stadium next Thursday.

Sevilla threatened early with two headers in the first four minutes, first from Youssef En-Nesyri and then Munir, while Nikola Vlasic should have given the Premier League side the lead after 11 minutes but could only direct a free header from point-blank range straight at Yassine Bounou.

Munir went close again just before the half-hour mark as Marcos Acuna found him with a delightful through-ball, but the former Barcelona man could only guide his shot wide of Alphonse Areola’s right-hand post.

Vlasic also had another opportunity after receiving a knockdown from Michail Antonio, cutting inside and hitting a fierce effort at Bounou’s near post, with the keeper turning it behind.

Tomas Soucek forced Bounou into another strong save early in the second half, but it was the home side who took the lead just before the hour when a free-kick from Acuna was crossed to the far post where Munir, in acres of space, coolly side-footed a half-volley into the far corner of the net.

Lucas Ocampos threatened a second as he bent an effort just wide before Manuel Lanzini was denied an equaliser when Jesus Navas blocked his shot following good work by Said Benrahma, and so it is an advantage Sevilla at the half-way point of the tie.