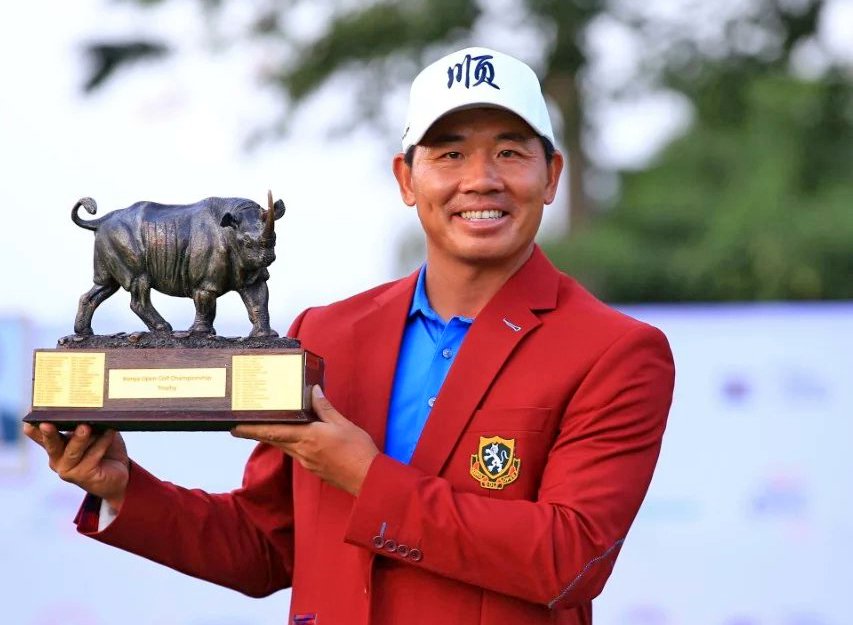 China’s Ashun Wu became the first Asian to clinch the Magical Kenya Open title after firing 6 under par 65 to win the 2022 title at the Muthaiga Golf Club on Sunday.

Wu came into the final day of the three-day Championship placed third on the leaderboard behind Scot Ewen Ferguson and Marcus Kinhult of Sweden, but put up a scintillating performance to carry the bragging rights from the DP Tour event.

The Chinese pocketed a whooping Sh36.1mn (€291,660) for his troubles as winner of the event. This was Wu’s fourth DP World Tour victory. Overall, this was his fourth professional victory which includes two in the Japan Golf Tour.

“I am obviously excited to win today and it was not easy. I fell behind early but I still kept to my plan which was to play five under. After 10 holes I had a good feeling things would go well. It is obviously a delight to come to Kenya and win,” the 37-year old stated after his victory. 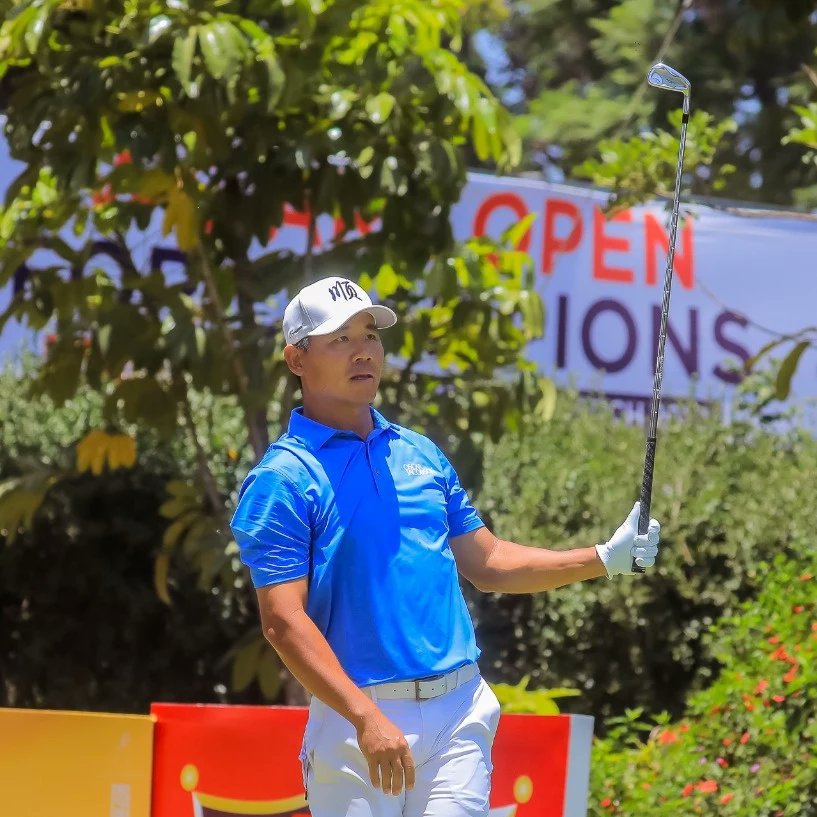 The Chinese pro was handed his winning trophy by President Uhuru Kenyatta who was one of the guests on the final day of the tournament.

A total of 156 players took part in the event where Kenya was represented by 9 pros and six amateurs.

Teenager Njoroge Kibugu was the sole Kenya to make the cut in the four-day Strokeplay championship.

Winner Wu started off the final day on a slow footing, bogeying in the early stage of the final.

He however recovered the shot quickly at the par five-fourth hole and added three more birdies at the seventh, eighth and ninth before embarking on the back nine where rolled in birdies at the 10th, 17th and 18th, to sign for his 65, which gave him a grand total of 16 under par 268 to win by four shots.

Overnight leader Ferguson found the going tough as he bogeyed three holes and two double-bogeyed to finish on five over par 75 to drop to eighth place nine under par 275 in tie with Sweden’s Kinhult.

Meanwhile Kenya’s teen sensation Kibugu has been sponsored by President Uhuru Kenyatta to play his first DP Tour tournament outside Kenya having performed well at the Kenya Open. 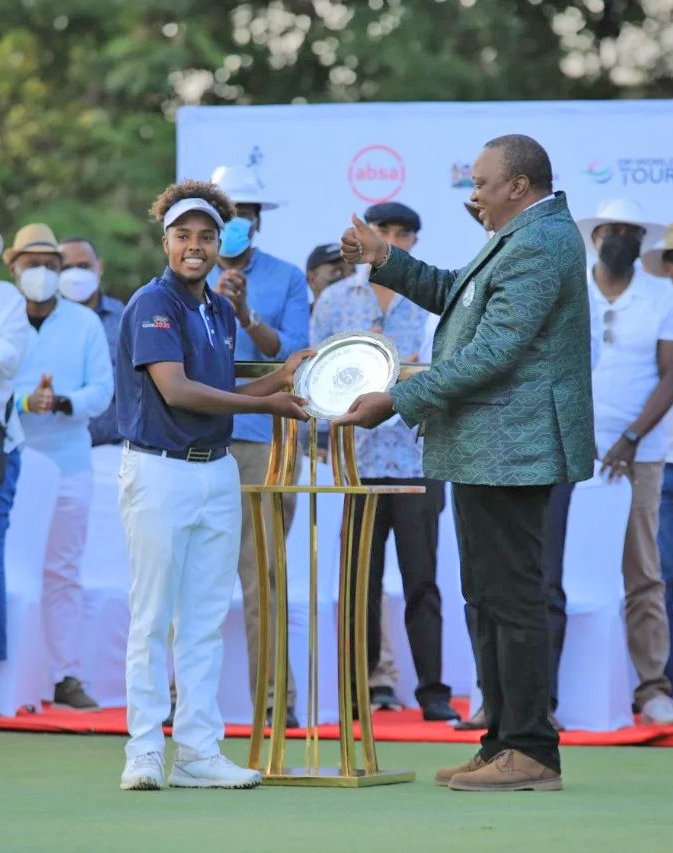 The 18-year old will be competing at the Soudal Open in Sweden.

“To enable Njoroge better his performance to become a top golfer in Kenya, I announce that we will sponsor him to go to Belgium’s Soudal Open to compete with the best from May 12-15,” said President Kenyatta as he made his speech in the opening ceremony.

He added; “We will also be supporting him by making sure we pay for his trainers and providing him with fitting golf kit so that he can now truly join the ranks of the best golfers in the world.”

Kibugu who went on to win the amateur title at the event carded 73 and 76 in rounds three and four. The 18-year old has been golfing in Muthaiga since he was six years old.

“I tried to do the best I can. Just seeing the people supporting me was the best thing about it. I have gained a lot of experience that has seen my game mature, my coaches have helped me develop this winning attitude,” said the teen after the final day.