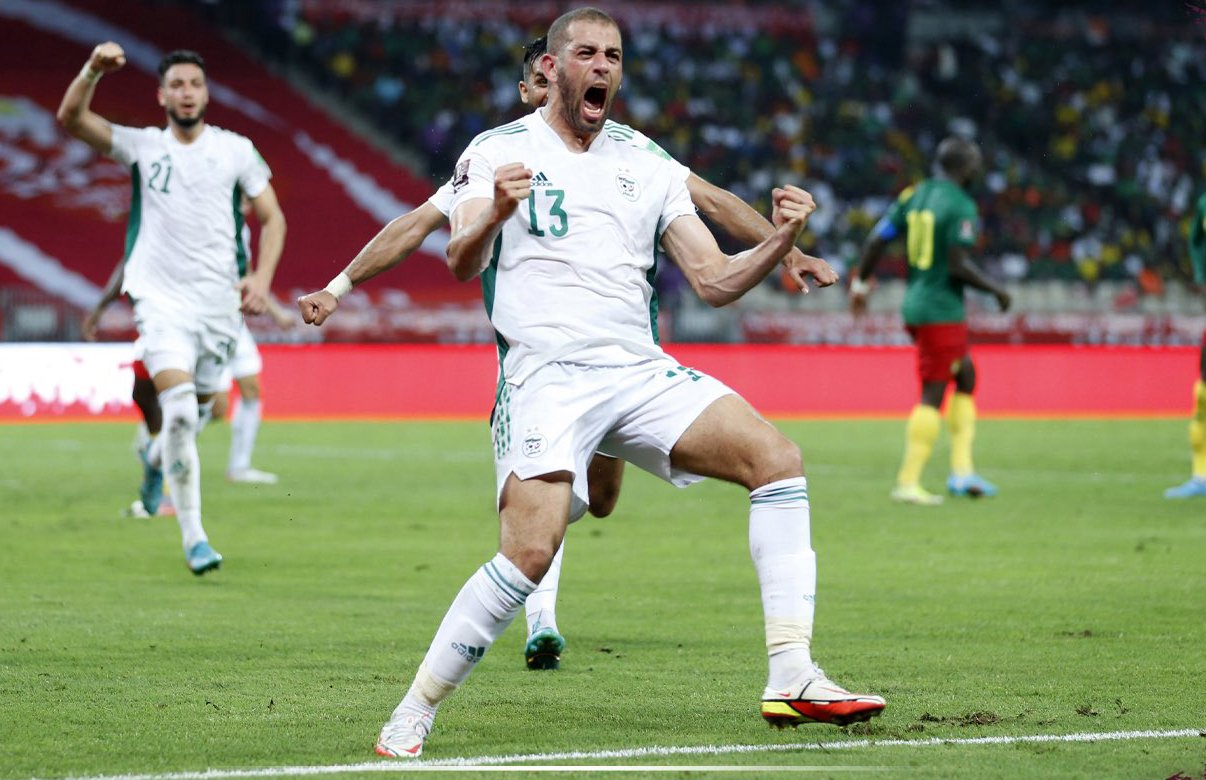 North African sides Algeria, Tunisia and Morocco picked up favourable results in the first leg of the FIFA World Cup play-offs on Friday.

Algeria and Tunisia picked up identical 1-0 wins away from home while Morocco scored late to salvage a 1-1 draw away to DR Congo in Kinshasa.

African champions Algeria made a huge response following their dismal performance at the Africa Cup of Nations, with Islam Silimani scoring the lone goal as they silenced Cameroon’s Indomitable Lions at the Japoma Stadium in Douala.

Before then, Slimani had come close for the Desert Foxes when he pickpocketed Michael Ngadeu at the edge of the box, stormed into the box but Andre Onana made a brilliant save for a corner.

The home side didn’t create much danger in the final third but in the second half, they had some opportunities to score.

Leandre Tawamba who had come off the bench had a chance when he calmly controlled the ball inside the box but his shot on the half turn was weak and an easy pick for the keeper.

There was a long stoppage to the match after faulty floodlights and when the game resumed, Cameroon kept their pressure, however, they could not get an equalizer.

At the Stade du 26 Mars in Bamako, 21-year old defender Moussa Sissako was the unfortunate villain for the Malians, as he scored an own goal and was sent off minutes later as the home side lost by a solitary goal to Tunisia.

Despite playing almost an hour of the match with 10 men, Mali showed superb bravery to take on the Tunisians and were only unlucky not to find the back of the net.

Sissako scored a bizarre own goal in the 36th minute when he picked up the ball under no pressure at the edge of the box. However, his attempt to pass the ball back to his keeper was awry as the shot stopper had moved off his line and the pass was a yard off his positioning.

It went from bad to worse as Sissako was sent off four minutes later after being adjudged to have tripped a Tunisian attacker as the last man in defense, and the North Africans were also awarded a freekick at the edge of the box.

Before going a goal and a man down, Mali had two close chances, both falling on Yves Bissouma, but his curling shots from just inside the box went wide.

In the second half, Mali’s Eagles continued piling the pressure and came close again when substitute Adama Traore picked up the ball on the right, cut in to his favourite left foot but the curling effort sailed wide.

Tunisia defended in numbers and they did just but enough to hold on to the win. 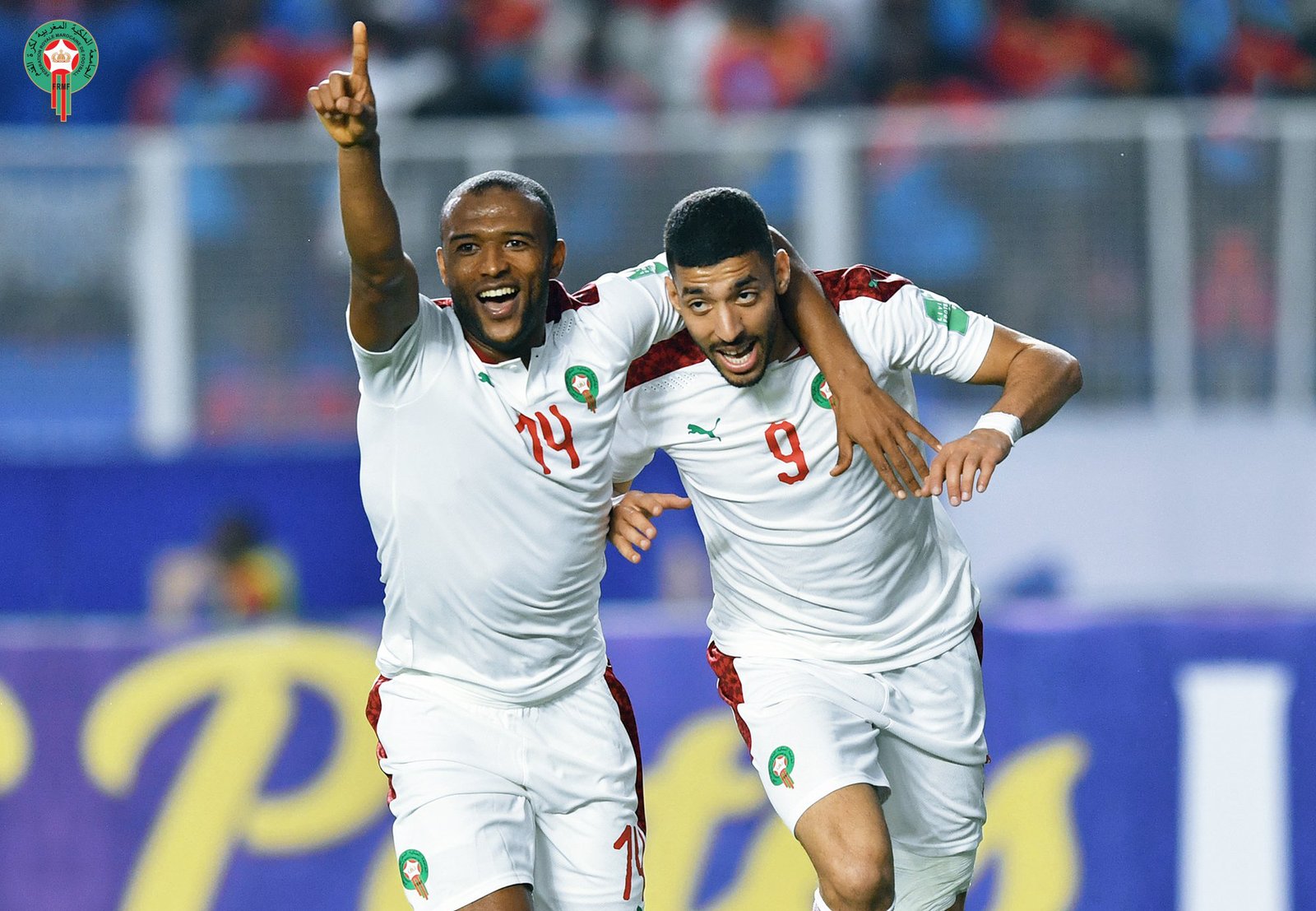 At the Stade de Martyrs in Kinshasa, Tarik Tissoudali scored with 14 minutes left as Morocco’s Atlas Lions salvaged a 1-1 first leg draw against DR Congo. Yoanne Wissa had given DRC the lead in the first half, but a flurry of missed chances came back to haunt the home side.

Wissa gave his side the lead just 12 minutes into the match when his brilliant shot from distance took a wicked deflection off skipper Roman Saiss and into the net.

In the 27th minute, Dieumerci Mbokani also had a chance with a shot from distance but keeper Yasine Bonou kept Morocco in the game.

In the second half, DR Congo began with pace and four minutes later, Wissa almost scored a similar goal to his first but this time, he couldn’t put the required curl on the ball as it went inches wide.

They were pegged back in the 54th minute when Morocco were handed a penalty after Cedric Bakambu handled inside the box. However, Ryan Mmaee stepped up and skied the penalty, a huge relif for the home side.

However, they were left off the hook with quarter of an hour left when two substitutes combined, Tissoudali slamming home with a sweet volley after Ayoub El Kaabi had brilliantly headed down a deep cross from Adam Masina.

In the final minutes, Bonou had to be alert to keep his side in the game and his best save was with seven minutes left when he dived to his left to pluck away a header from Bakambu.

DR Congo had to finish the match with 10 men after Glody Ngonda was sent off for a second yellow card in the 85th minute.

Business or passion? Abramovich in open talks to buy another football club
Tchouameni turns it around for France against Ivory Coast