Nicolas Pepe put the visitors ahead in Marseille, but Olivier Giroud marked his first Les Bleus cap since Euro 2020 with a rapid equaliser midway through the first half.

The game looked destined to be heading for a draw with Kylian Mbappe remaining an unused substitute five years to the day since his international debut. 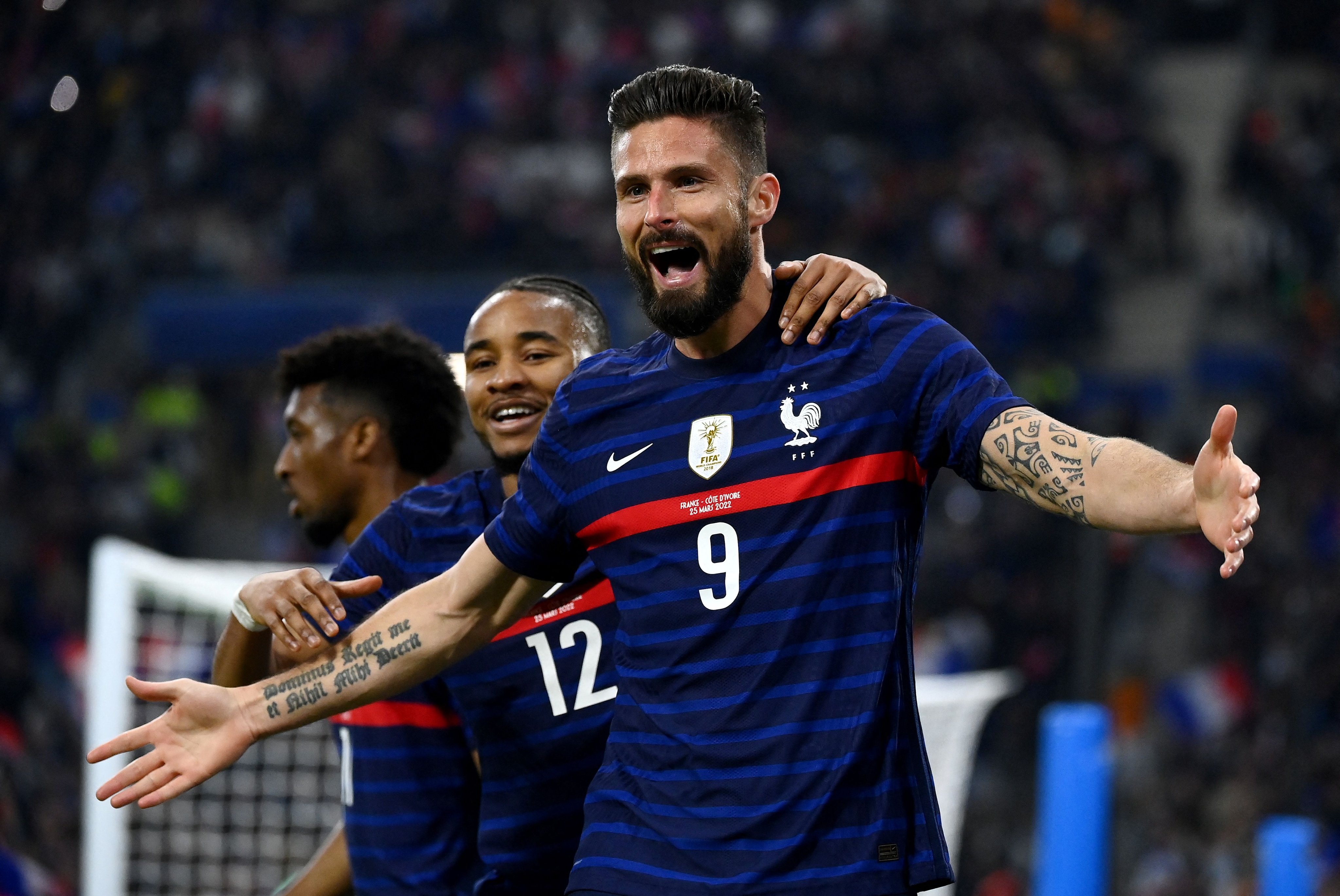 However, Tchouameni – the Monaco midfielder linked with the likes of Chelsea and Liverpool – headed Matteo Guendouzi’s corner home in the 93rd minute to complete the turnaround and give France the win.

Ivory Coast had looked dangerous on the counter-attack from the outset and took the lead in the 19th minute when Pepe beat Lucas Hernandez down the outside and fired a low effort in off the near post.

The visitors’ advantage lasted for just three minutes, though. Theo Hernandez atoned for being caught out of position on the opening goal by supplying a pinpoint cross for Giroud to head home.

Hugo Lloris parried a fierce drive from Ghislain Konan four minutes after the restart, and the France goalkeeper did well to turn a powerful strike from Serge Aurier behind before the hour mark.

Ivory Coast keeper Badri Ali Sangare produced a stunning reaction save to stop Antoine Griezmann from firing into the bottom-left corner in the 63rd minute.

The tempo slowed significantly in the closing stages, but there was some late urgency from France as they pushed to snatch the winner.

It came in the third minute of stoppage time via the head of Tchouameni, sparking scenes of delight in Marseille.

The late victory over Ivory Coast extended France’s winning streak to six matches – their longest such sequence since a run of the same length from March to June in 2016.

Les Bleus are now unbeaten in 19 straight matches and set a national record by scoring in each one of those outings, finding the net 43 times in total.

On the day he matched Didier Deschamps’ 103 France caps, Griezmann was at his creative best. He supplied four key passes across the match but was unable to convert two great chances that fell his way.

He may have set up Giroud’s goal, but Theo Hernandez’s rampaging runs from the left wing-back position played a significant role in France’s vulnerability to the counter-attack. His decision-making was severely lacking at important moments in the opposition box, too.

France takes on South Africa in another friendly in Saint-Etienne on Tuesday, when Ivory Coast face England at Wembley.