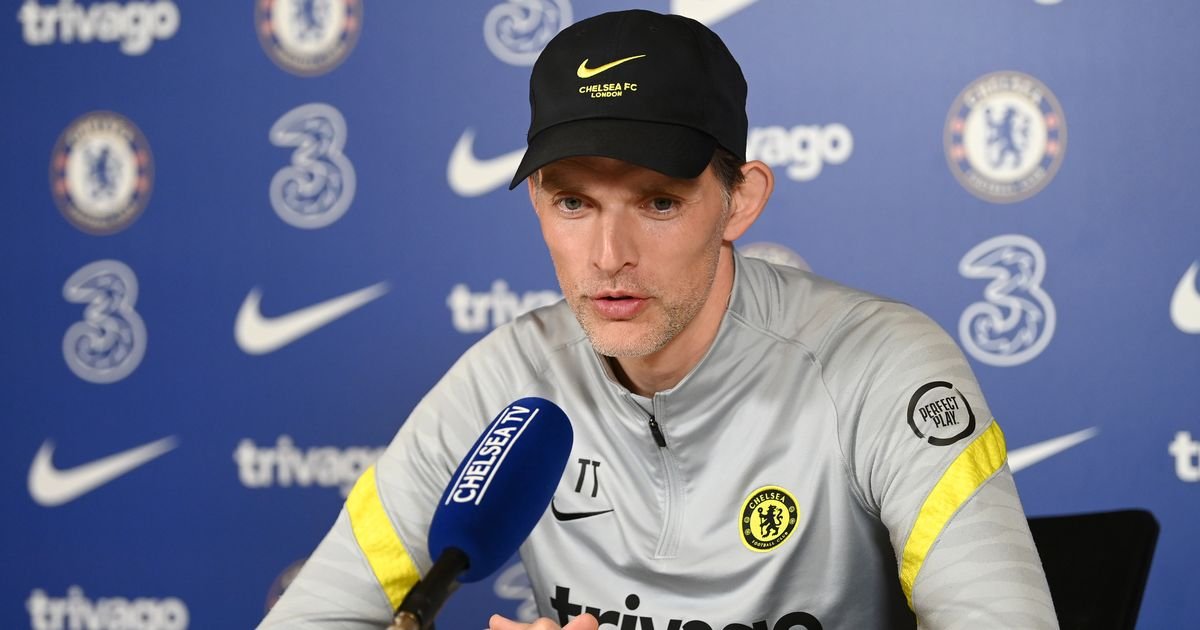 Chelsea head coach Thomas Tuchel has suggested Liverpool are slight favourites ahead of the EFL Cup final but says it will be a “pleasure” to face off against his compatriot Jurgen Klopp.

Chelsea is facing the Reds in a major final for the third time in their history – excluding the Community Shield and the UEFA Super Cup – with the Blues winning on both previous occasions, 3-2 in the 2005 EFL Cup final and 2-1 in 2012’s FA Cup showpiece.

But with Liverpool on a run of nine consecutive wins in all competitions and on the hunt for an unprecedented quadruple, Tuchel believes that Klopp’s team should be considered slight favourites come Sunday.

Speaking during the pre-match press conference on Friday afternoon, Tuchel said that the thinks maybe 50 to 55 per cent, they are the favourites, because of their recent form and their recent results. “It’s a big challenge, a big occasion, and we feel competitive. It’s a pleasure to meet Jurgen in a final at Wembley. We are very grateful for the chance.

“Playing against teams coached by Jurgen is not only about pleasure because they give you a very hard time!

“But we have things to draw on, we have experienced tight matches against Liverpool, I think the last three were draws.

“That won’t happen this time, there will be a winner somehow, but we know what it takes in a tough match against them, and we feel confident that we have what it takes.

“It’s the same for them, and it’s nice to have a match like this in a final.”

Sunday’s outing will represent Chelsea’s ninth final appearance in the competition’s history, and the Blues have won the EFL Cup on five occasions, with only Manchester City and Liverpool (both eight) posting more triumphs than the reigning World Champions.

Tuchel was also asked about the condition of striker Romelu Lukaku, who was dropped for Chelsea’s 2-0 Champions League victory over Lille after he managed just seven touches in a 1-0 Premier League win over Crystal Palace.

The German boss questioned whether too much focus has been placed on Lukaku in recent weeks, and refused to engage with speculation that he was unsettled.

“I would say [he has been] good, like everybody else,” Tuchel responded when asked about the Belgium striker.

“You know, I know, he’s an important player, if you pay a lot of money these days for one single player there’s a lot of focus on the player. Sometimes it’s not fair, sometimes it’s a bit too much.

“I did not read the headlines. This is maybe the best thing to do. I trust my players and their focus.

“What other choice is there? There is no transfer period right now and everybody is hugely involved in the goals that we want to achieve together.

Chelsea will then shift their focus back to the Premier League where they are facing stiff competition in the third place from Arsenal and Manchester United who have closed in after their recent wins.