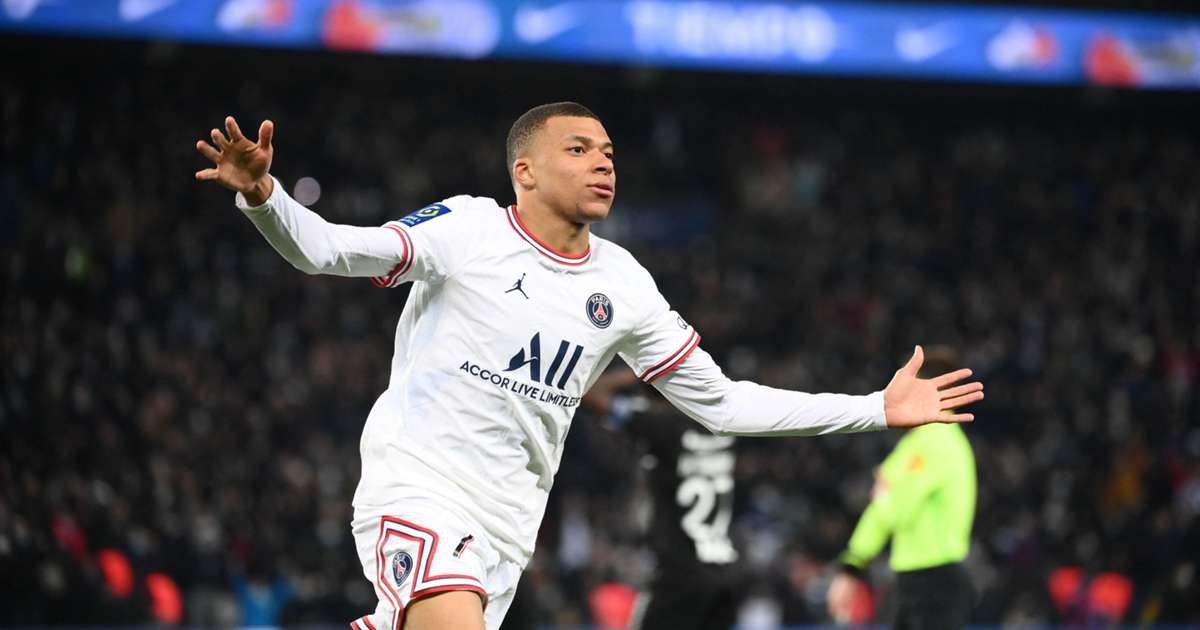 A late second-half goal from forward Kylian Mbappe ensured PSG extend their lead at the top of Ligue 1 to 16 points with a 1-0 win against Rennes on Friday night.

Mbappe had been his team’s most threatening player but had to wait until the 93rd minute for a trademark goal from Lionel Messi’s pass to spark relief at the Parc des Princes.

To that point, this had hardly been a performance from Mauricio Pochettino’s men to leave their upcoming Champions League opponents Real Madrid worried ahead of the clash.

But Mbappe made the difference against the only side to have beaten PSG in the league so far this season.

PSG forward Kylian Mbappe celebrates after scoring for his side against Rennes in a Ligue 1 clash. | PHOTO: Getty Images |

PSG shot-stopper Keylor Navas was forced to tip the ball behind in the seventh minute when Benjamin Bourigeaud’s volley into the ground threatened to loop in before the goalkeeper intervened.

Mbappe was predictably a thorn in the side of the away team and came close to giving PSG the lead late in the first half when he bent a shot just wide of the far post from the left corner of the penalty area and then hit the post shortly afterwards.

The dynamic Mbappe had the ball in the net on 64 minutes when he raced onto a Messi through ball and rounded Dogan Alemdar before slotting in, but the flag went up and the goal was chalked off.

It looked like the hosts would have to settle for a point only for Messi to find Mbappe just inside the penalty area, and he made no mistake as he placed a low shot past Alemdar and into the net past Alemdar.

It is often the concern about PSG that their lack of competition domestically costs them when it comes to playing a greater level of opponent in the Champions League.

That may not have been a valid argument last year given they were beaten to the Ligue 1 title by Lille, but they currently sit 16 points clear despite rarely looking like world-beaters this season.

Pochettino’s men may have had one eye on Tuesday’s game with Madrid, but they will need to play a lot better against the Spanish giants than they did here.

Everyone will be keeping a watch on Mbappe when Madrid come to town, with the 23-year-old – out of contract at the end of the season – heavily linked with a move to the Santiago Bernabeu.

Mbappe showed against Rennes why it is vital PSG do all they can to keep hold of him, taking five of his team’s 12 shots, hitting the post, having a goal disallowed and eventually scoring the winner. He created two of the other seven attempts, too.

PSG had 70.5 per cent of the possession in the first half but could only manage the same number of shots as Rennes (five), with none on target. And when they did get opportunities, their finishing was horribly wayward.

In fact, Mbappe’s 93rd-minute strike was their first and only shot on target all game.

PSG host Madrid in the first leg of the Champions League last 16 on Tuesday, while Rennes’ next game is at home to Troyes in Ligue 1, next Sunday.