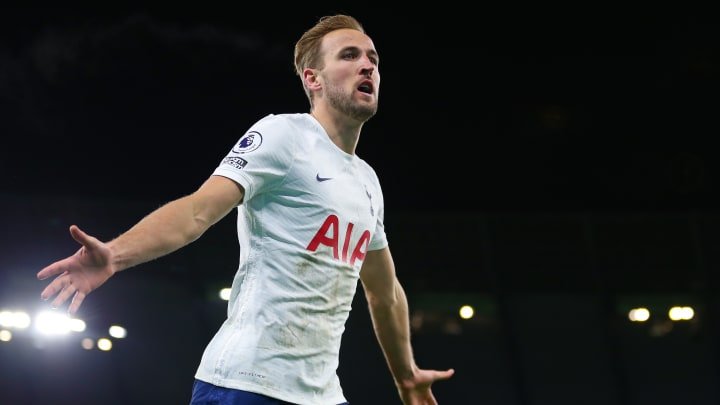 There’s rarely ever a dull game between Manchester City and Tottenham Hotspur nowadays, be it in the Premier League or in the domestic cups or even in the UEFA Champions League in contrast to the 2019 knockout clash between the two.

The two sides locked horns again in the Premier League on Saturday, February 19, as Spurs were set the unenviable task of ending a run of three straight defeats against the table-toppers.

Despite their recent excursions against Pep Guardiola’s men, Tottenham came into this one without an outright win on the night at Etihad since the 2015/16 season – when a late Christian Eriksen strike downed Manuel Pellegrini’s City side.

A lot of focus this week surrounded Spurs boss Antonio Conte’s continued assertions that Spurs’ January transfer action wasn’t in line with what he had hoped for, that they are competing with Brighton and Aston Villa rather than Arsenal, Manchester United and co.

Spurs’ recent run was the first time that the Italian tactician had been beaten three consecutive times since 2009, and he’s openly revealed his frustrations that he’s used to fighting for the title rather than a top-four finish.

Conte’s reign was already threatening to free-fall into chaos, but his men stepped up when it mattered to produce one of the shocks of the season in one of the most thrilling matches in the Premier League this season.

Tottenham ran out 3-2 winners on Saturday and were definitely good value for the three points that they’ll take back to London – and at the heart of their performance was City transfer target, Harry Kane.

Harry Kane celebrates after scoring his first and the second for Tottenham Hotspur in a Premier League clash against Manchester City at Etihad on Feb, 19 2022. | PHOTO: Getty Images/90min |

The England captain’s desire to join Guardiola’s ranks last summer was well-known, but City’s lack of reciprocation in their willingness to get a deal done saw Kane remain at his boyhood club.

Spurs famously beat City on the opening day of this season without the starman Kane – and under the guidance of Nuno Espirito Santo – when Son Heung-min led them to a surprise victory.

But this time around, Son was happy to play a supporting role to elevate Kane and put City to the sword once again.

Dejan Kulusevski’s opening goal came from one of Kane’s peculiar forays into midfield, releasing Son through on goal before squaring to the Swede.

It was a back-to-the-wall first half that mirrored the one Kane put in during the Euro 2020 final (which was lost to history due to the final outcome), expertly bringing others into play and creating trouble wherever he ventured on the pitch.

And after the break, Kane still managed to take his game up several notches. He peeled away from Ruben Dias and Aymeric Laporte to meet Son’s cross, firing into the top corner and putting them ahead again for a start.

In the minutes that followed, only the outstretched foot of Ederson and a VAR check for offside denied Kane from adding to his tally on the night, but it was already clear that this was his game.

After Riyad Mahrez’s stoppage-time penalty seemed to have salvaged a point for City, Kane rose above the imperious Kyle Walker to head home the winner at the other end with 96 minutes on the clock, just three minutes after Mahrez’s equalizer, ensuring that this was not going to be a performance quickly forgotten about. 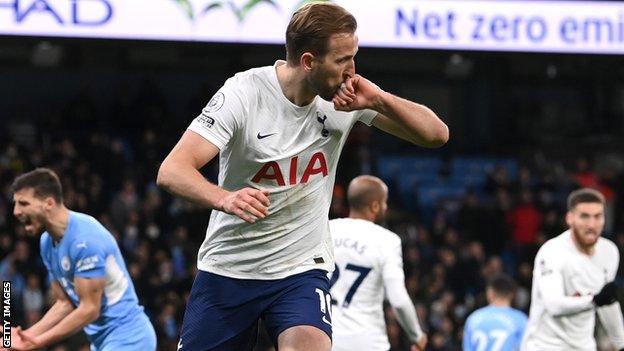 Truth be said, City are still the favourites to win the title and the Champions League, and they’re a near-unstoppable winning machine without a recognised striker, but Saturday was all the proof that Guardiola needed that his side would be complete with this one.

Kane shines as a false nine as well as a traditional one, he has great respect for his managers (even Tim Sherwood), and his summer antics are the only time in his career that he’s stepped out of line, while his misfirings in the first half of this season were his first-ever problems in front of goal in a Spurs shirt.

City instead aggressively pursued the £100m ($135m) signing of Jack Grealish – a top player, sure, but not a differential in Guardiola’s attack.

Manchester City may still go on and complete a memorable Premier League and Champions League double, but their inability to land Kane means that this final stretch of the season won’t be as simple as it should have been and they may not be the all-time team they could yet become.