Antonio Conte’s Tottenham Hotspur reign got off to a winning start as Spurs held on for a 3-2 victory against Vitesse in a thrilling Europa Conference League game that saw three red cards at the Tottenham Hotspur Stadium.

Life after Nuno Espirito Santo began brilliantly for Spurs, with Son Heung-min, Lucas Moura, and an own goal from Jacob Rasmussen giving them a firm grip on the game after just 28 minutes.

However, Rasmussen atoned for his error and Matus Bero brought Vitesse – who won the reverse fixture 1-0 – back to within a goal of restoring parity before half-time, with a previously jubilant Tottenham Hotspur Stadium falling flat.

Romero’s second booking with 30 minutes remaining increased the pressure on Conte’s men, but Danilo Doekhi and Markus Schubert also received their marching orders in the final 10 minutes as Vitesse missed a chance to complete a historic comeback in London.

Wing-back Ben Davies was perhaps fortunate not to concede a third-minute penalty for a clumsy tackle on Nikolai Frederiksen and Spurs took advantage of that reprieve, Son scoring on the follow-up after Schubert failed to hang onto an effort from Lucas. 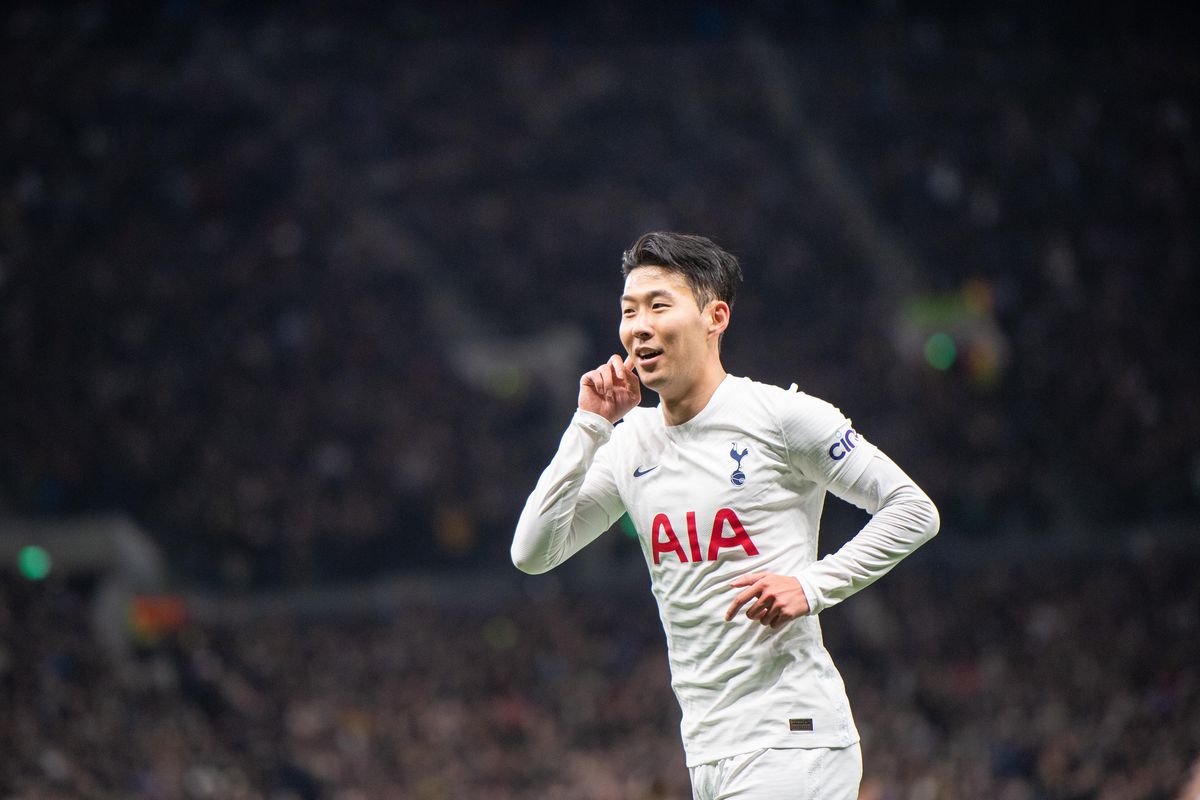 Son Heung-Min celebrates after scoring the opener for Tottenham Hotspur against Vitesse in the Conference League in what was Antonio Conte’s first goal as a Spurs manager. | PHOTO: Getty Images |

Son rattled the upright but Tottenham soon stormed clear as Lucas added a cool finish to Harry Kane’s through ball and Rasmussen scored an own goal while attempting to stop Kane steering Davies’ mishit shot home.

Hugo Lloris did brilliantly to tip Sondre Tronstad’s long-range shot over the crossbar, but Rasmussen – who was Vitesse’s best play on the night headed home from the resulting corner and Bero punished a mistake from Lucas to curb the enthusiasm that was building in the Tottenham Hotspur Stadium.

The pace of the game was far slower after the restart and Spurs were reduced to 10 men when Romero received a second yellow card for pulling down Lois Openda.

Vitesse’s hopes of completing the comeback and causing an upset evaporated in the closing stages, though, as Doekhi committed a second bookable offense and Schubert got a straight red for handling outside his area.

Conceding two goals in seven first-half minutes will not have pleased Conte, but the way his team stoically made sure of the win in difficult circumstances will have. With their next five Premier League games coming against teams that currently sit below them in the table, the new coach has a great chance to quickly turn their fortunes around and chase on the top four.

They also sit second in Group G and could qualify by winning their next game against Mura if other results go their way.

After going close in the second minute, it did not take much longer for Son to get Tottenham off the mark. He has now scored Spurs’ first goal under each of their past three permanent head coaches in Jose Mourinho, Nuno Espirito Santos, and now Antonio Conte.

Spurs defender Romero picked up two bookings for tackles he really did not need to make, while Eric Dier’s marking of Rasmussen was questionable on Vitesse’s first goal and Davies was lucky not to concede an early penalty. Conte’s three-man defense looked anything but solid.

Conte will make his Premier League return on Sunday since leaving Chelsea in 2018 when visiting Everton, on the same day, Vitesse host Utrecht in the Eredivisie.