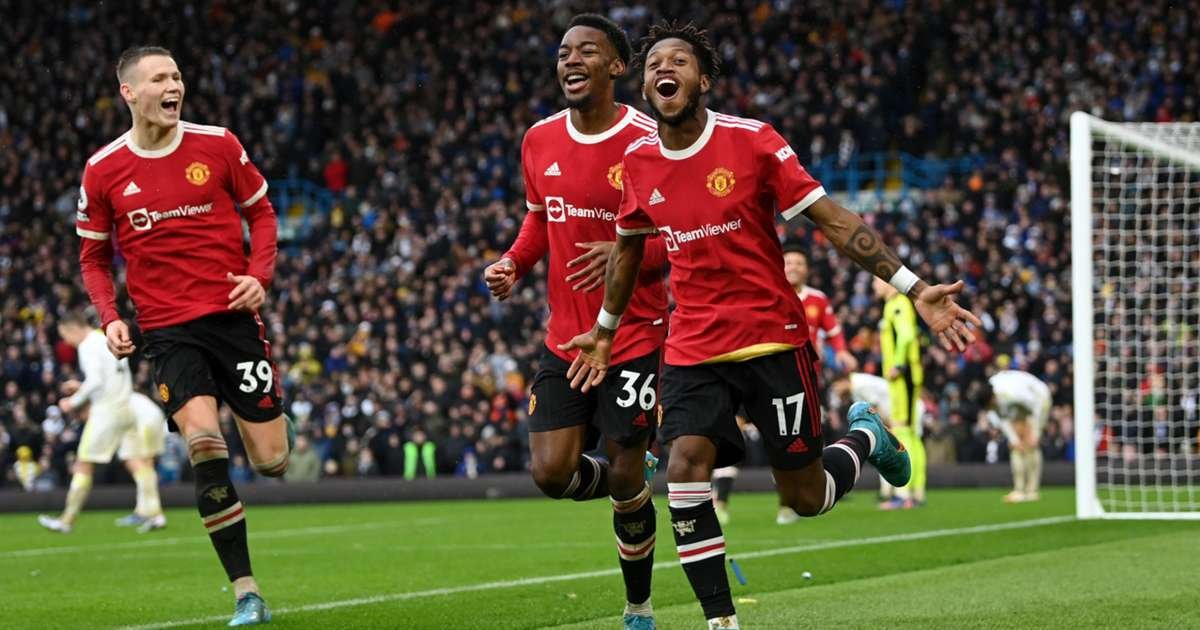 First-half goals from Harry Maguire and Bruno Fernandes had the visitors seemingly coasting towards three points in Sunday’s contest at a sodden Elland Road in the Northern Derby.

But Leeds’ reputation for chaos coupled with United’s for showing a soft centre each came to fruition as two goals in the space of 59 seconds from Rodrigo and Raphinha turned the game on its head.

There would be another twist, though, as Fred drilled home just three minutes after entering the fray to help the Red Devils secure a double over their cross-Pennine rivals, with a slice of history confirmed when fellow substitute Anthony Elanga netted late on.

Blood was literally spilt by Robin Koch after a clash of heads with Scott McTominay, which later led to the Leeds defender going off and being replaced by Junior Firpo.

David de Gea beat away an Adam Forshaw stinger prior to Paul Pogba laying the ball across the face of the goal for Cristiano Ronaldo, who scooped a close-range effort straight at Illan Meslier. 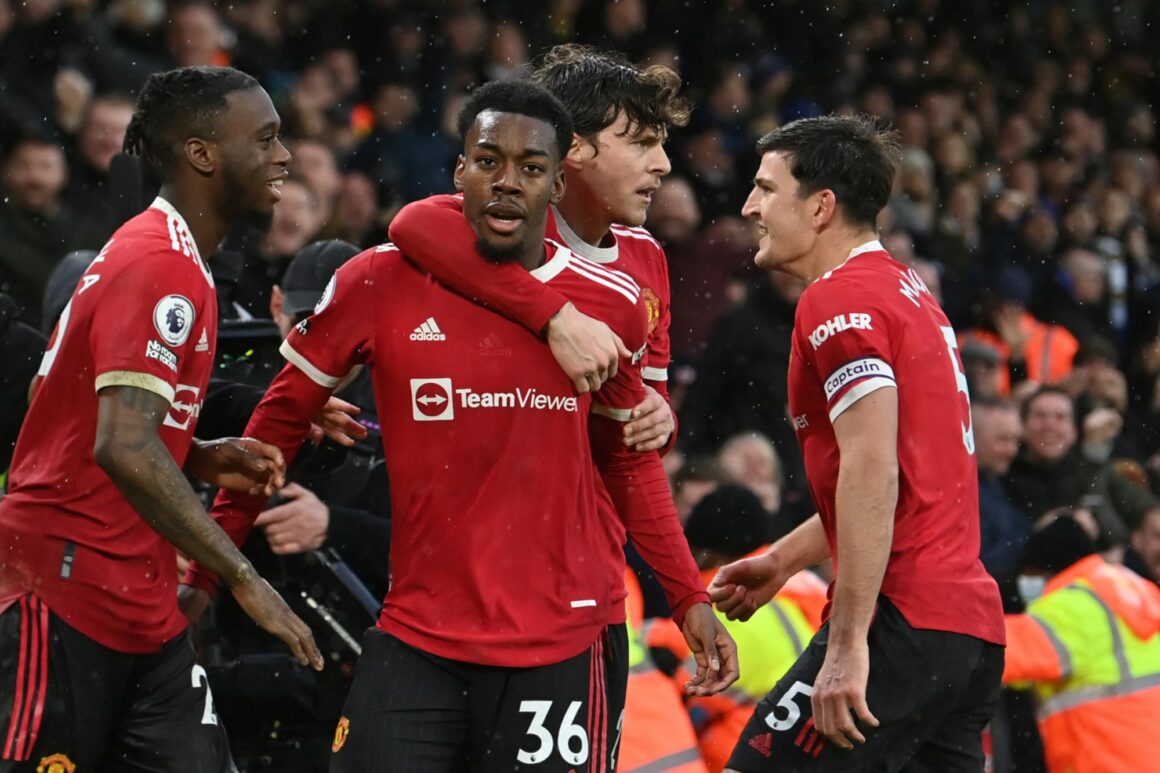 Meslier kept out Fernandes but from the follow-up corner, Maguire emphatically headed in Luke Shaw’s delivery.

Fernandes then nodded in a beauty of a dinked cross from Jadon Sancho at the end of a slick counter to double the lead on the stroke of halftime.

A chaotic 59-second period in the second half dramatically saw Leeds level by the 54th minute.

Rodrigo’s cross from the left deceived De Gea and found the far corner before Forshaw robbed Fernandes of possession prior to Dan James’ low cross being met on the slide by half-time sub-Raphinha.

But United would regain the lead when Fred hammered past Meslier at his near post after being teed up by Sancho with 20 minutes to play, and Elanga rolled home a fourth with the clock winding down.