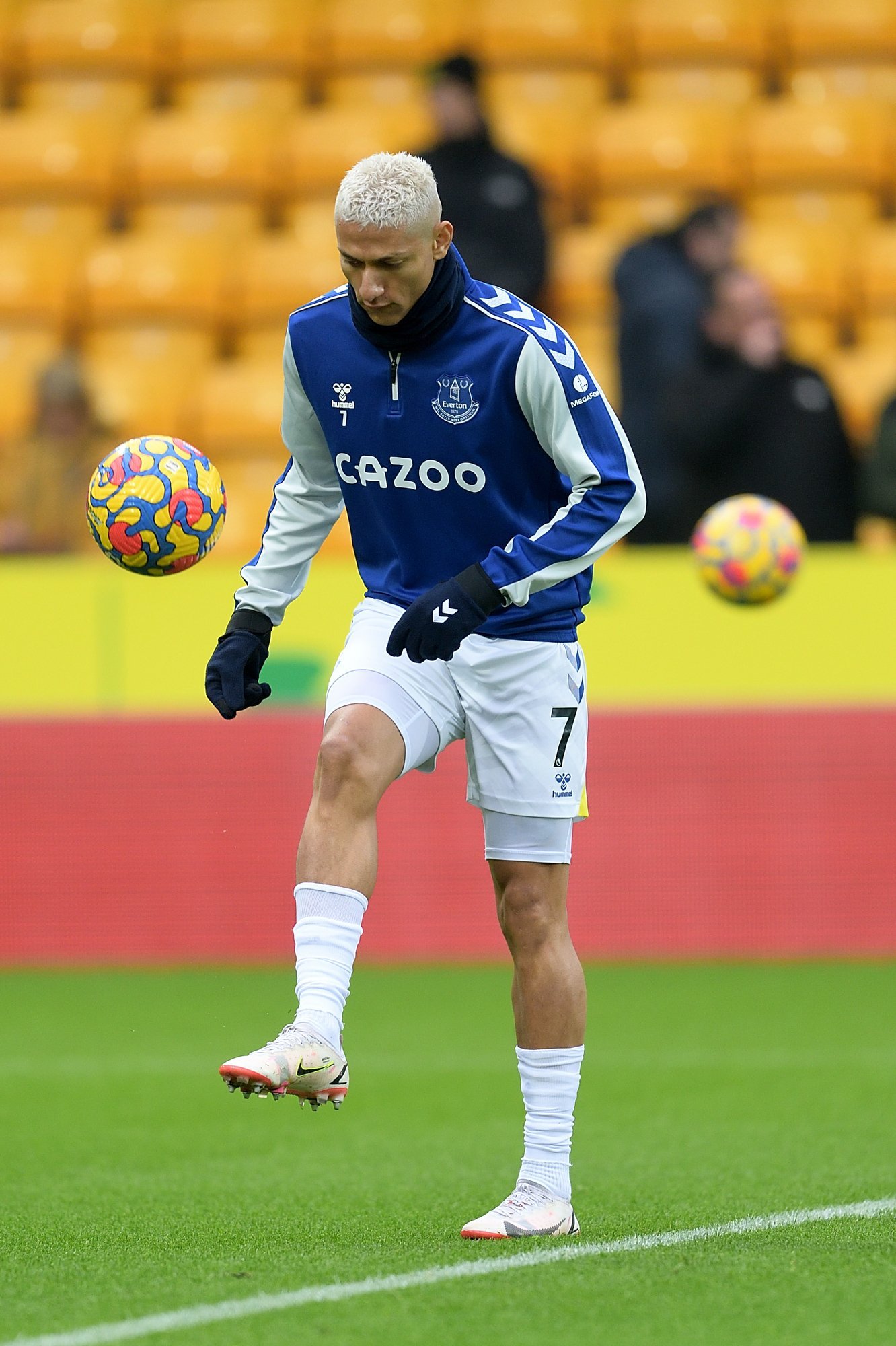 Everton is set to make changes, Richarlison de Andrade to the starting line-up as they look forward to hosting Aston Villa next Saturday following the exit of Rafael Benitez after a 2-1 defeat at Norwich.

The stunningly-bad performance in their loss to Norwich City at Carrow Road has brought plenty of selection posers for the upcoming home match against Aston Villa next Saturday.

Besides the Blues, Steven Gerrard’s Aston Villa was successfully able to recover from a two-goal deficit in their own fixture later on Saturday as they earned a 2-2 draw against Manchester United.

The Canaries – who had lost six previous matches in the Premier League fixtures had not scored a goal in their campaign since November but they breached Everton’s rear-guard twice in as many chaotic minutes.

With Michael Keane’s own goal it broke the deadlock and ended Dean Smith’s side’s scoring drought, must be on the verge of losing his position with Yerry Mina fit again and coming alongside him as a second-half substitute.

Keane may have to retain his spot with Ben Godfrey moving on the right-back as he did against his former club while new big-money signing Nathan Patterson, an expert in the position, awaits in the wings and poised to be given his opportunity south of the border after his move earlier this month from Rangers. 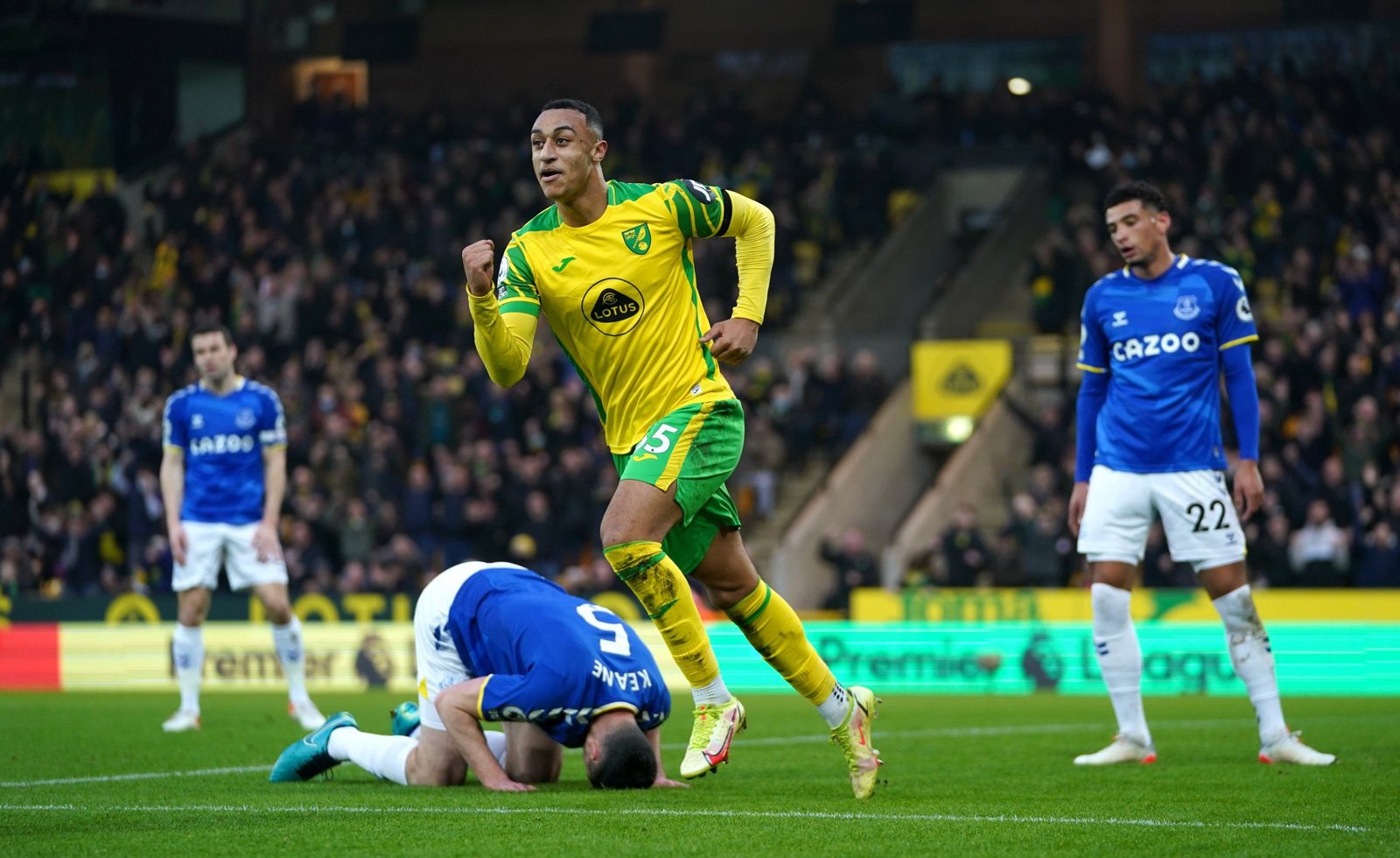 There are concerns over Everton’s fresh recruit on the other side of the defense, left-back Vitalii Mykolenko who survived making a suicidal back pass that was intercepted by Adam Idah, who had already scored.

Godfrey rather Patterson for that matter may have to replace him but with Lucas Digne making a swift return to Goodison as Mykolenko’s opposite number. Neither Andre Gomes nor Abdoulaye Doucoure covered themselves in glory in the engine room where they were largely overrun.

Allan was left out on the trip to Norfolk because of illness and might be an alternative or supplementary option in the upcoming Saturday match in central midfield.

Andros Townsend was a regular on the right-wing at the start of the season and had a scoring return off the bench at Hull City but has remained unused on the bench at Carrow Road along with Anwar El Ghazi who will not be fit to feature against his parent club Villa.

Looking at Given Anthony Gordon’s developing displays in previous weeks, the former Crystal Palace man may not find it easy to get back in just now. Demarai Gray started on the left against Norwich but moved into a more central role after Richarlison entered the fray and with the Brazilian scoring and surely a certainty to start against Villa, may be deployed similarly against the Midlanders.

The partnership strike of Dominic Calvert-Lewin and Salomon Rondon has largely proved ineffective so with last season’s top scorer continuing to build up his sharpness, the Venezuelan looks a prime candidate to make way for his fellow South American Richarlison in what would be a reshaped side.

At an international level, Richarlison made his senior debut for Brazil in 2018, and among the squad that won the 2019 Copa America, came runners-up at the 2021 Copa America and had a gold medal at the 2020 Olympic tournament.