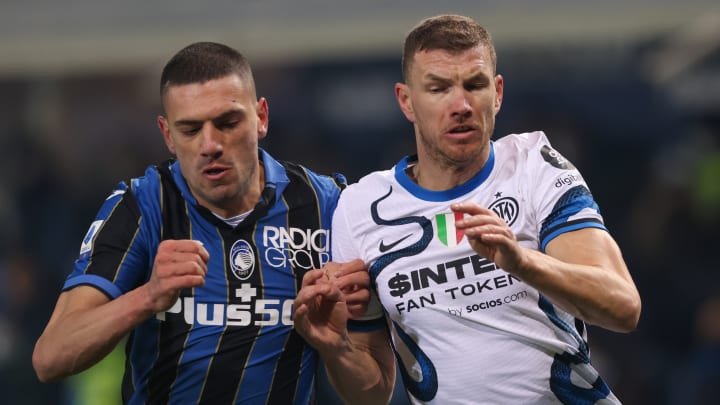 Both Inter and Atalanta wasted a couple of chances. | PHOTO: Jonathan Moscrop/GettyImages |

Inter Milan could be pushed over from the top of Serie A by city rivals AC Milan on Monday, 17 January 2022 after they slipped to a 0-0 draw with Atalanta on Sunday.

The Nerazzurri went into the game with a one-point lead at the summit and despite having chances to score a winner, they could not find the breakthrough the whole 90 minutes playing a goal-less draw with Atalanta.

As a result, Milan – who trail Inter by only two points – would go top with a win over Spezia today in the evening.

In a game that bossed a competitive edge despite a lack of goals, Edin Dzeko had the first opportunity, rising high and guiding a header past the post. Alexis Sanchez went close too, seeing a well-hit effort saved by Juan Musso – who had a terrific game. 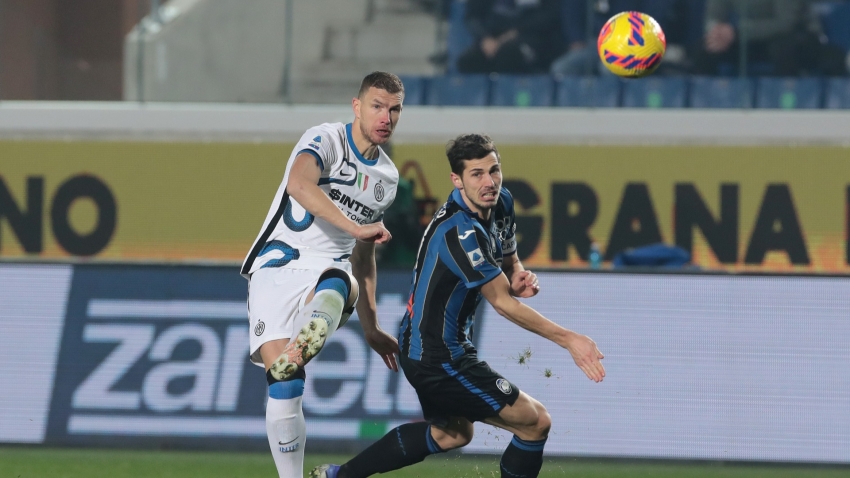 Just before the break Atalanta had a great chance of their own with Matteo Pessina meeting Remo Freuler’s cross and drawing a reflex stop from Inter shot-stopper Samir Handanovic.

The second half was fairly open too. 10 minutes after the restart Dzeko forced Musso into action once again at the near post and also went close with a header. 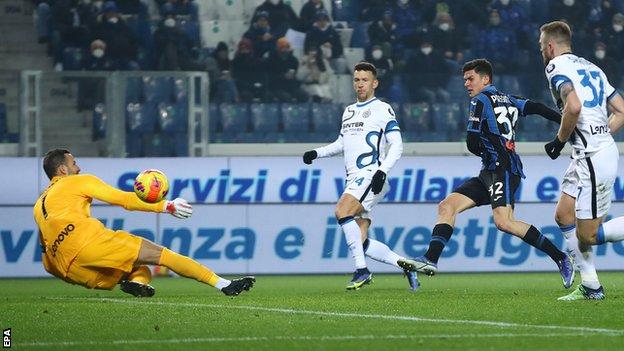 Substitute Arturo Vidal then fired off a long-range shot with tested the Atalanta keeper while Danilo D’Ambrosio could not direct the rebound home to put the match still open.

As the game reached its climax, the hosts had two good chances but neither Luis Muriel nor Merih Demiral were able to convert their attempts into a goal.

Before full time there was still time for each goalkeeper to pull out one more fantastic stop. First, Inter skipper Handanovic denied Mario Pasalic with a strong hand, while D’Ambrosio was kept out by Musso on the other end.

Soon after the final whistle was blown, with Inter maintaining their record of only losing once in Serie A this season. Next up for the Nerazzurri is a Coppa Italia tie against Empoli as they seek to bounce back into winning ways.