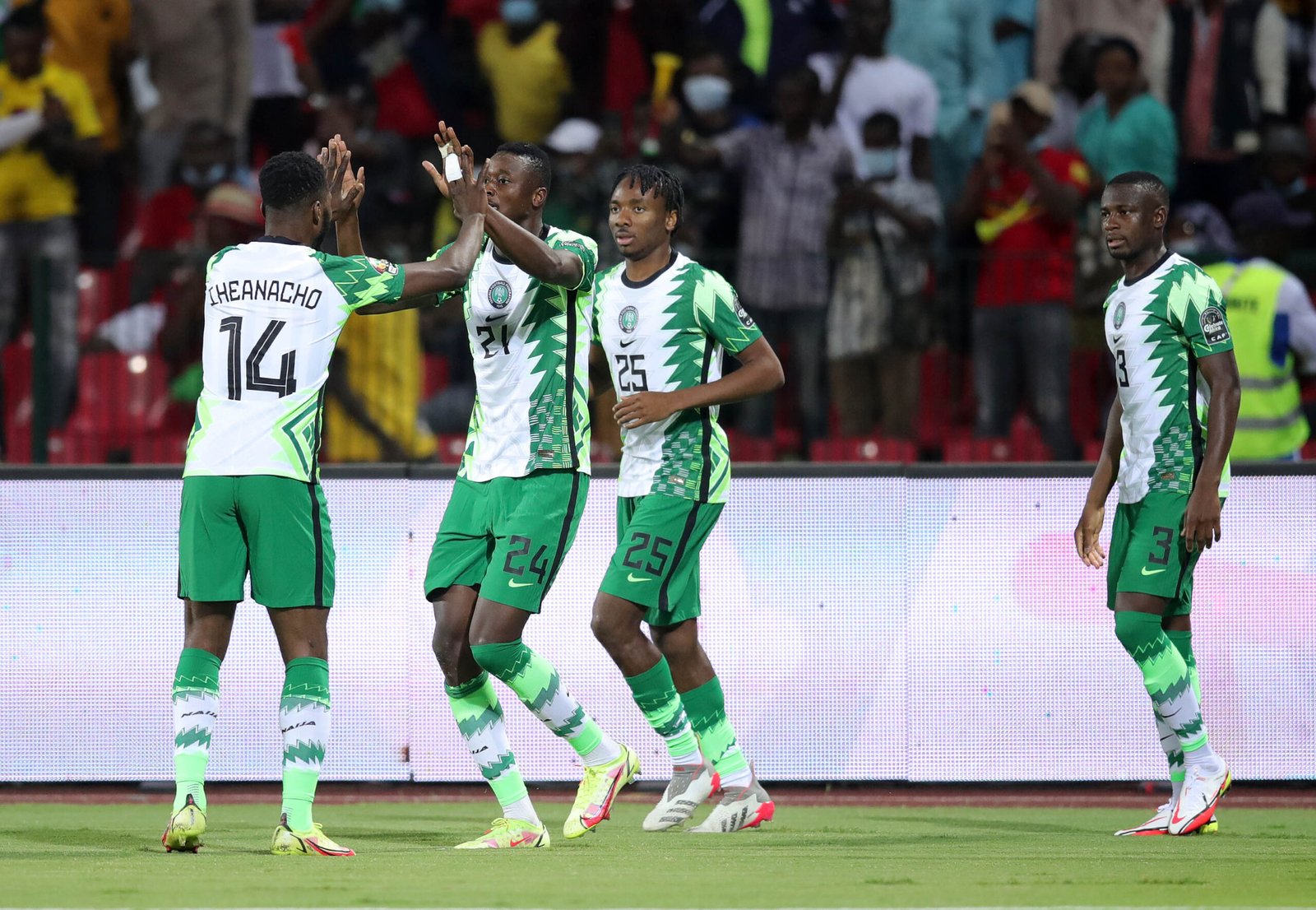 Nigeria finished the group stage of the 2021 Africa Cup of Nations (AFCON) unbeaten, the only side to do so at the tournament after beating Guinea Bissau 2-0 on Wednesday night.

They went through to the round of 16 top of Group D, while Egypt’s Pharaohs picked yet another 1-0 result to progress to the knockout stages of the competition from second spot.

Nigeria will secure a round of 16 spot against the third placed team in either Group E or F while Egypt will await the winner from Group E in the round of 16. Group E matches will be played on Thursday evening.

Ivory Coast, current leaders, face Algeria who are bottom with one point while Equatorial Guinea and Sierra Leone face off in the other hotly contested group fixture.

The Super Eagles meanwhile look like the favourites in the competition, with second half goals frm Umaru Sadiq and skipper William Troost Ekong sailing them through.

With qualification secured before this tie, Nigeria coach Augustine Eguavoen had the prestige of making up to eight changes in his squad, refreshing with some new feet while giving a rest to those who were crucial in the opening two matches.

They started well with Sadiq having a header fly over the bar early on while Equatorial Guinea’s Jorginho had a sweet volley fly wide.

In the second half, the Super Eagles were off to a flier with Sadiq opening the scoring in the 56th minute with a simple tap in at the backpost after Kelechi Iheanacho’s sweetly struck pass from outside his boot caught the run of the burly striker. 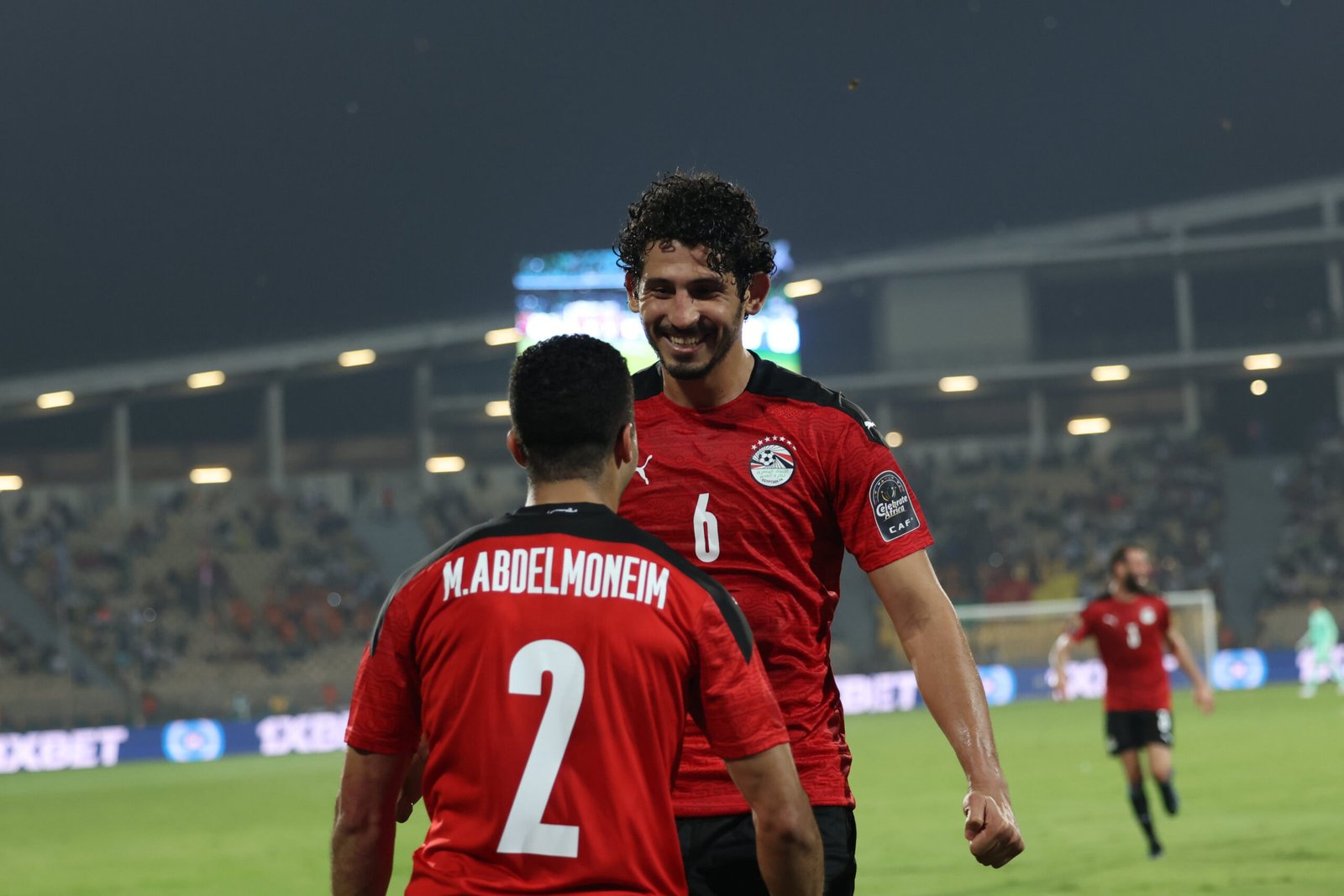 Meanwhile, Egypt picked up another 1-0 victory to move six points with a victory over Sudan courtesy of Mohamed Abdelmonem’s header.

“I think we deserved to win this game without any doubt given the opportunities we created and the football we played. Our sin was not to score the second goal. If you score the second goal the game is finished. I will say it very clear, if I’ll be able to win all the games 1-0 till the end I will be happy,” said Carlos Queiroz, the Egypt head coach.

Egypt had started the match strongly, knowing they had to win to assure themselves of progression. Ayman Ashraf tested the keeper early with a low left footer that was parried away. Mostafa Mohamed also had a strong header from a corner brilliantly saved by the Sudanese keeper.

The Pharaohs however finally broke the deadlock when defender Abdelmonem headed the ball home sweetly from a corner.

In the second half, Mo Salah came close to scoring his second goal of the tournament, but his well taken low effort on the right foot was saved by the keeper. The Liverpool forward then set up Mohamed El Solia inside the box, but the latter’s shot was over the bar.

Guinea Bissau were restricted much, but had a chance when Mohamed Abdel Rahman tried a low effort from a freekick, but was punched away by Mohamed El Shanawy while Mustafa Karshom’s effort from the rebound came off the keeper’s face.

Meanwhile, courtesy of results from the Group D matches, Malawi, Cape Verde, Ivory Coast, Gambia and Mali have all consequently qualified for the round of 16.

Malawi have made it for the first time ever as Egypt’s victory guarantees them a place as one of the best four third placed teams, same as Cape Verde with both sides having finished on four points.

Ivory Coast, who play Algeria later on Thursday are also on four points and even if they lose against the Algerians, they are still guaranteed a place, same as Mali and debutants Gambia in Group F.

For the round of 16, Burkina Faso have already confirmed a date against Gabon while Cape Verde will take on Senegal. The other confirmed tie so far is that between Malawi and Morocco.

Egypt will face off the winner in Group E while Nigeria will meet up with the third team from Group E or F, with their matches scheduled for Thursday night.