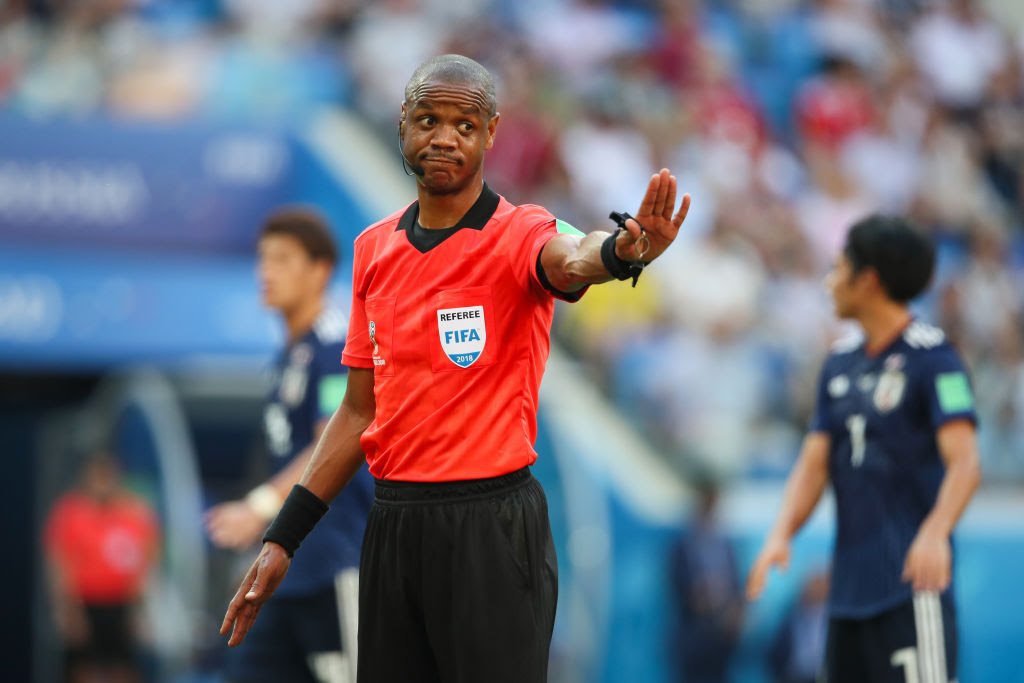 Mali’s win over Tunisia in Group F at Africa Cup of Nations AFCON stands after Janny Sikazwe prematurely blew the full-time whistle on two occasions and the Confederation of African Football (CAF), has dismissed Tunisia’s protest at result despite controversial ending by referee Janny Sikazwe that caused more confusion and anger from Tunisia’s officials.

There emerged chaos after the Zambian referee blew for full-time at 85 and 89 minutes in the game between Mali and Tunisia. Mali’s victory over their opponent will stand at the Africa Cup of Nations despite the chaos caused by the referee blowing the final whistle too early.

2021 African Cup of Nations tournament organizing committee met late on Thursday in Cameroon and had to clarify Mali’s 1-0 Group F win the previous day after referee Sikazwe’s errors that brought up misunderstandings between the officials from Tunisia and Tournament Organizing committee. 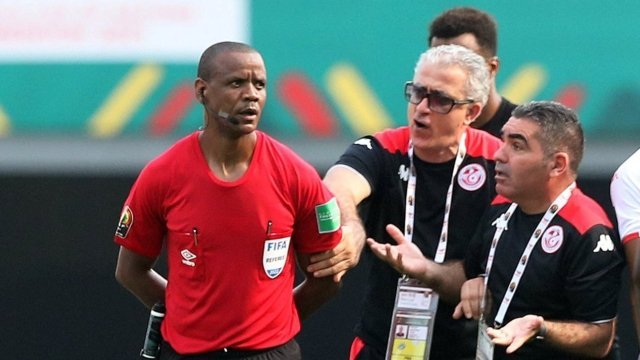 Zambian Referee Janny Sikazwe with Tunisia officials in a past match. 2021 AFCON.

The Zambian referee had initially blown for the end of the game 5 minutes earlier before the recommended time to end the match. However, the Confederation of African Football CAF gave an official report with regard to the appeal from Tunisia but reinstated Mali’s victory over their opponent.

Despite a number of stoppages in the second half with two VAR checks Sizakwe corrected himself and still brought the match to end in the 90th minute. Furious Tunisia officials had to demonstrate on the pitch, but the man of the match trophy was handed out and the post-match news conferences were in full swing before Confederation of African Football (CAF) officials decided the remaining minutes should be played. 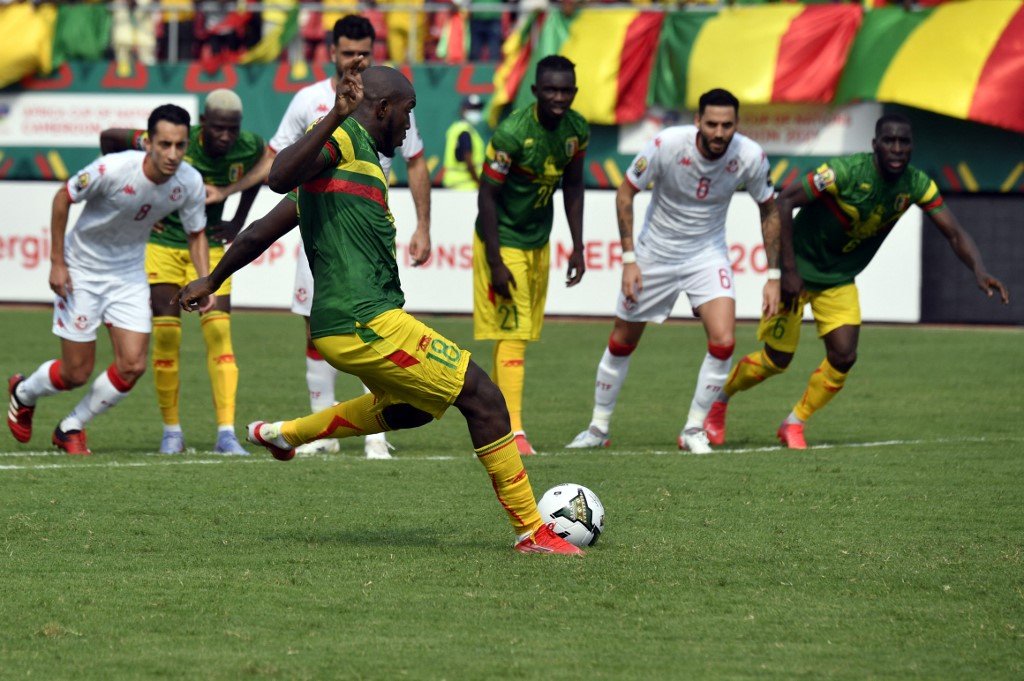 In action, Mali and Tunisia players during the AFCON match.

After the controversy began, Mali came onto the pitch to play but Tunisia refused and Sikazwe ended the game for the third time. The head coach Mondher Kebaier of Tunisia was shocked by the farcical end to their Africa Cup of Nations game against Mali before the recommended time for ending the match.

With all twenty-four nations having played at least one match at the 2021 Africa Cup of Nations, the tournament was formally scheduled to be played between June and July 2021, but it is being played in Cameroon between January 9 and February 6, 2022. The tournament will be played after until culminating in the final on February 6 in the capital.

The ongoing tournament is proving as exciting as ever this year as a number of world high-profile players competing to help their national teams to lift the trophy. Host nation Cameroon opened the tournament with a 2-1 win against Burkina Faso while Morocco and Nigeria started off with big wins over their fellow weights like Ghana and Egypt.

AFCON was first contested in 1957 and since then there have been 14 different winners of the tournament throughout history, with Egypt having a successful history of having won the trophy 7 times and finishing as runner-up twice and claiming third place on three occasions.

This year’s host Cameroon is second on the all-time list having won the trophy five times while finishing as runner-up and coming third once, with their recent win in 2017b beating Egypt in the final.