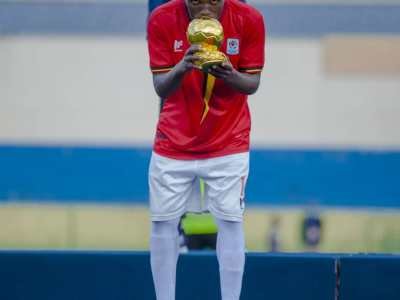 The young talented teenager was named the Most Valuable Player (MVP) and earn senior cranes call at the CECAFA U-15 and U-17 tournaments. The left-footed attacker, 16, is eager to earn his first senior team call.

He was the MVP as Uganda won the CECAFA U17 tournament in Rwanda last year. 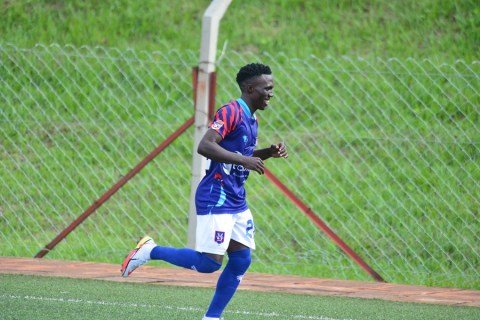 Mutyaba, a teenager earn senior cranes call. he is part of the Uganda Cranes team summoned by head coach Milutin Sredojevic for the upcoming international match against Tanzania this Thursday, 9th December.

The Sports Club Villa player is humbled for the call-up as he yearns to become the youngest player on the Uganda Cranes team.

“I am humbled for the summon to Uganda Cranes. I look forward to an impressive performance on the senior team,” he revealed.

Head coach Milutin “Micho” Sredojevic believes that this match will give him ample preparation for the 2022 CHAN qualifiers.

“As the 2022 Africa Nations Championship (CHAN) qualifiers commence, the build-up against Tanzania will help us start preparations for the qualification campaign in Algeria. Also, this allows us to widen the pool of players,” Micho stated.

Patrick Henry Kaddu is the only unattached player on the team summoned.

In August, the high youngster was signed and unveiled by Sports Club Villa penning a three-year contract.

SC Villa agreed to terms with the former St. Mary’s SS Kitende student having also been part of the setup that won the 2019 CECAFA U-15 championship in Eritrea.

He is also a product of the FUFA Junior League where he was featured for the Vipers SC Junior team.

With the club focused on rebuilding their squad around young talent, Mutyaba’s unveiling came after Villa announced the capture of his u-17 teammate Oscar Mawa who was the top scorer of the CECAFA tournament held in Rwanda.

Despite playing at home, the 16 –time league champions failed to take advantage and win on home soil.

The game left URA eighth on the log with 12 points from seven matches played so far this season while SC Villa sits twelfth, on eight points having played the same number of games as URA.

Villa will next play table leaders KCCA on Saturday.

SC Villa has had several challenges even as they try to build a team around a new crop of players like Travis Mutyaba. At the start of the season, the local governing body FUFA excluded record champions SC Villa from the latest StarTimes Uganda Premier League fixtures.

According to FUFA, this was due to the team’s failure to meet requirements in the areas of; CEO and faced Governance challenges.

The Governance woes started earlier this year when the club failed to hold elections to vote for the club president which saw interim leader, Ben Missaga at its helm as club president for three years come to an end.

However, with many off-pitch matters seemingly settled now, the club can only focus on developing the young talent and building a formidable side that can help it win titles once again.