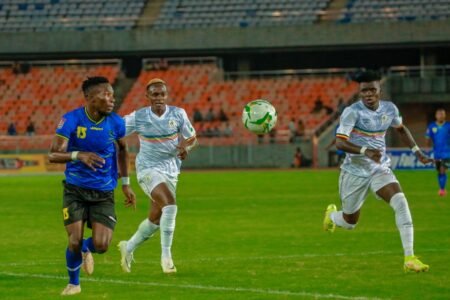 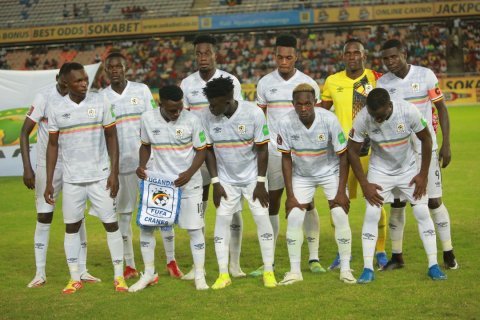 The Uganda cranes’ team that started the match line up for a photo. They beat the Taifa Stars 2-0. photo credit FUFA Media

After a goalless opening 45 minutes, the game was lit up by two second-half goals from debutants Ivan Asaba, of Vipers, and Arua Hill defender Joseph Bright Vuni.

Both scorers were second-half substitutes with Asaba opening the score in the 72nd minute before the second from Vuni just before the final whistle.

Kaddu blended the side with experience having been part of the national team set up for some time now, he scored the first goal for Uganda against DR Congo in the 2019 AFCON group game.

The Uganda Cranes team that started against Tanzania

In the starting team, Express goalkeeper Joel Mutakabuwa commanded the starting slot in between the posts with UPDF’s James Begisa on the right flank.

KCCA youngster Ibrahim Juma was deployed at left-back with the towering URA duo of Farouk Katongole and Feisal Najibu playing center half.

BUL captain George Kasonko, John Byamukama, Steven Munguchi, and Frank Mulimi were all in a crowded midfield with former U-15 and U-17 CECAFA MVP Travis Mutyaba as well as Kaddu on the forefront.

It was one of the matches lined up Tanzania 60 years of Independence. In the other match, the Uganda U-20 women team beat their Tanzania counterparts 1-0, with the goal scored by Hadijah Nandago in the 18th minute.

The Uganda U-20 women team edged the Tanzania Women team 1-0 with Hadijah Nandago scoring the match-winner in the 18th minute.

This was the first of the doubleheader on the day. 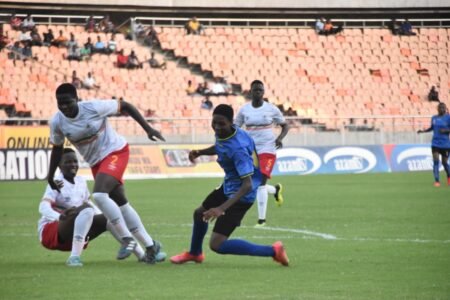 Asaba scored in the 72nd minute and Vuni, a defender at Arua Hill netted the second goal in the 90th minute.

These two games were part of the celebrations as Tanzania celebrated its 60th Independence Day.

The Uganda U-20 women team is preparing for the return leg of the FIFA Women U-20 World Cup qualifier against South Africa in Johannesburg.

They will head to South Africa with a slight advantage but what matters now is keeping the team in shape.

Head coach Ayub Khalifan Kiyingi knows that their opponents are not an ordinary ride and must trade cautiously in earnest preparation ahead of the South African encounter.

For the Uganda Cranes, head coach Milutin Sredoejvic used the build-up to widen the pool of players in the national team docket as he assembles the teams for future engagements as CHAN 2022 qualifiers.

Should a couple of the players impress in the friendlies, perhaps it would open doors for some of them to earn other national caps soon.