Off a stretch of only two wins in 10 matches, AFC Leopards are looking to end the year on a high when they will face unbeaten Kakamega Homeboyz in FKF PL at the Nyayo National Stadium on Wednesday evening.

Leopards started the season on a high with a 1-0 victory over defending champions Tusker FC, but despite the hope that victory gave them, their squad inefficiencies have proved to be a hit as they have struggled.

Due to financial problems, Leopards could not sign quality players to replace those that left and have been forced to depend on youngsters with very little Premier League experience.

“It is very difficult for us because if you look at the team, we don’t even have an outright striker. It is a real shame for us but what can we do? We will try to get something in January but I am not sure about that because of the situation at the club,” a dejected coach Patrick Aussems says. The tactician has admitted it will be difficult for Ingwe to compete for top honours despite his promise last season that the team will be title contenders this term.

Homeboyz have had contrasting fortunes to Leopards and are sitting top of the standings with 24 points off 10 matches, coming off seven wins and three draws.

Their victory over holders Tusker at home last Thursday will act as motivation to end the year unbeaten and top of the standings.

However, coach Bernard Mwalala admits it will not be a walk in the park against the wounded Leopards.

“It has always been a tough fixture between Leopards and Homeboyz. Definitely we know they will come in with vigour to try and win and we are ready for them. But we want to maintain the focus and take a match at a time so that we finish the year well,” said the former Nzoia Sugar coach.

Ties between these two sides have always been close calls. In 13 meetings, Homeboyz has won six times while Leopards has won five, with two ending in draws. The last meeting between Homeboyz and Leopards ended in a 3-2 victory for the Kakamega based side in Nairobi. It was their first ever win over Ingwe in Nairobi. All of AFC’s five wins over Homeboyz have been in Nairobi.

Can Aussems and his side deliver the three points and offer hope for AFC fans?

Meanwhile in other fixtures, fourth placed Kariobangi Sharks will be looking to put off a three-game winless skid when they take on newly promoted FC Talanta at the Kasarani Stadium. Sharks has lost two and drawn one in their last three matches.

Coach William Muluya will be gunning for maximum points that would possibly take them all the way up to third spot above Gor Mahia who play on Thursday.

Talanta have had a positive start to their life in top flight football under the tutelage of experienced coach Ken Kenyatta. They have won four and drawn four of their first 10 matches in the FKF Premier League and are at seventh with 16 points. 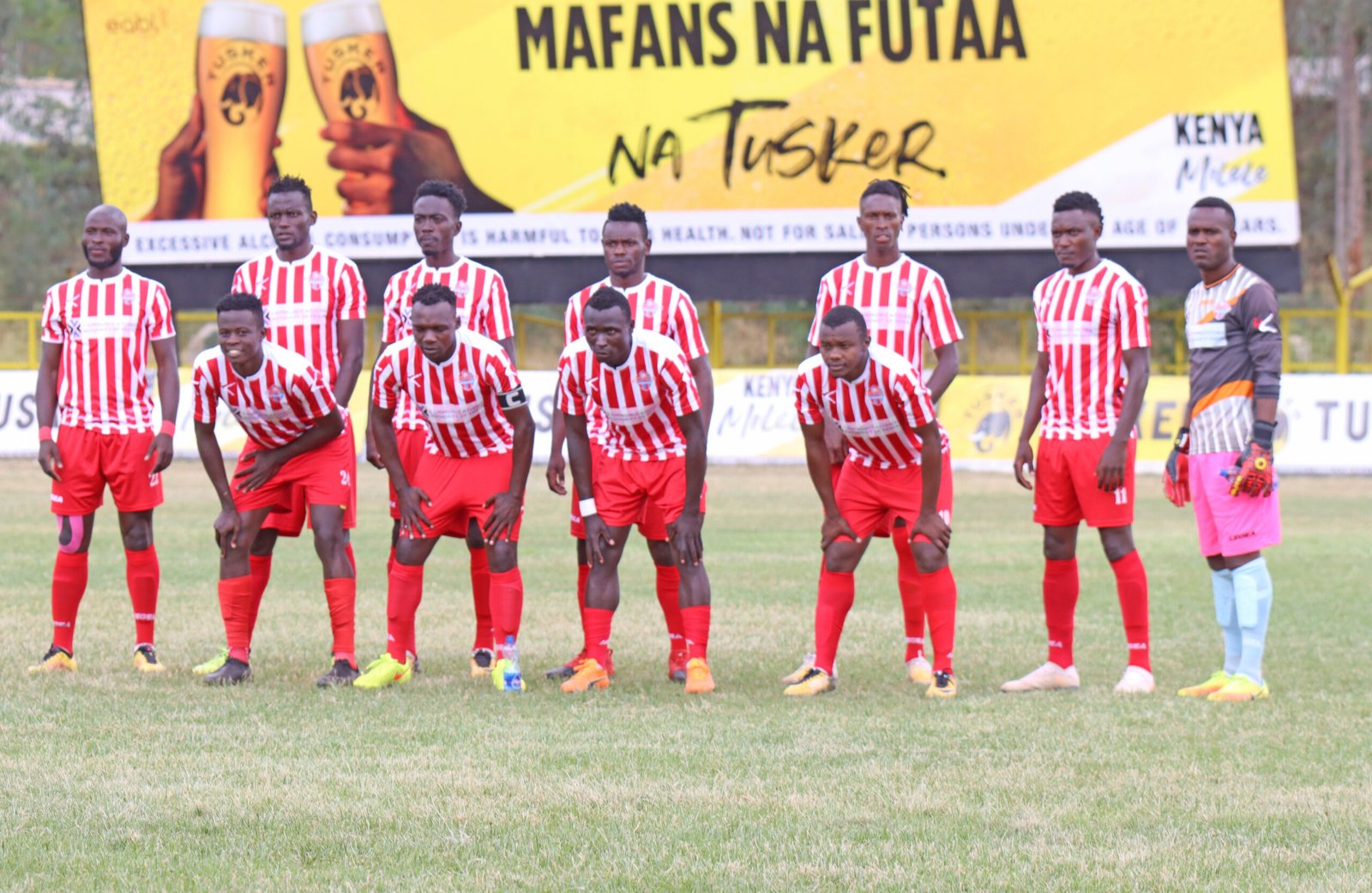 FC Talanta players line up before a past match

A win will possibly take them all the way to third if teams above them do not win. They will be once again relying on the hot form of striker Francis Kahiro who has struck five goals so far this season.

In Mombasa, sixth placed Bandari FC who have drawn four consecutive matches play host to military side Ulinzi Stars. Despite a powerful start to the season, Bandari have been out of their winning touch of late and will be under pressure to clinch victory at home.

They have scored only two goals in their last four matches, a course of concern for Rwandese coach Cassa Mbungo.

Ulinzi on the other hand are just a point below them at ninth and having beaten Vihiga Bullets 2-0 in their last match to wind up a two-match losing streak, look to end the year on a high.

At the Ruaraka Complex, Posta Rangers take on newbies Kenya Police FC while in Mumias, Bullets will continue their search for a first win of the season when they take on Sofapaka.