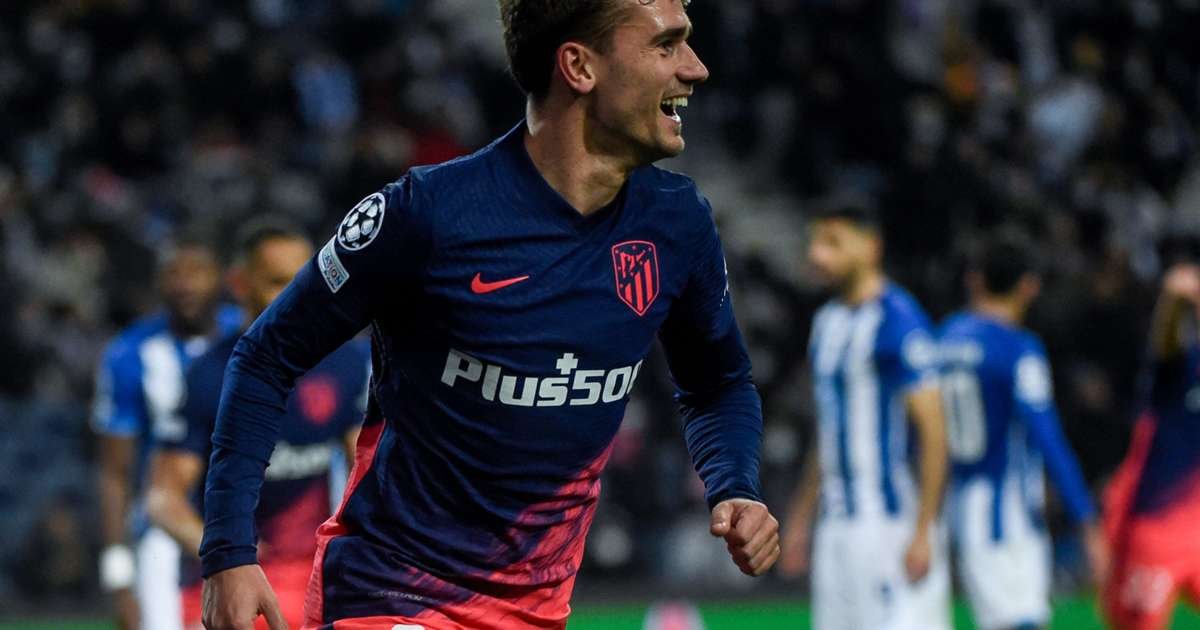 Antoine Griezmann, Angel Correa and Rodrigo de Paul were all on target and three players were sent off as Atletico Madrid earned a place in the last 16 of the Champions League after a stunning  3-1 victory over Porto.

Following a goalless first half, Griezmann arrived at the far post after the break to divert in a corner and give Atletico the lead in a tight contest. 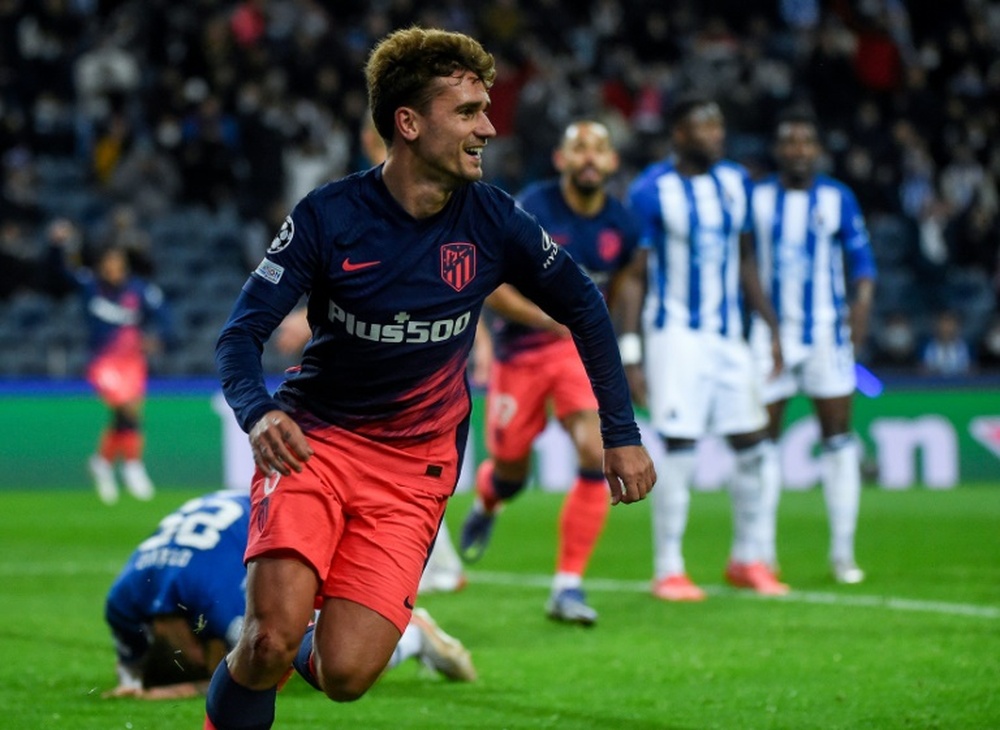 The drama was not yet over as three goals were then scored from the 90th minute onwards, with Correa racing away to slot into the bottom corner and De Paul hammering in before Sergio Oliveira netted a consolation from the spot.

The first big chance of the game fell Atletico’s way in the 22nd minute as Carrasco’s low ball across the face of goal found Thomas Lemar, but Costa made the save at point-blank range and Griezmann could not connect with the loose ball with the goal gaping. The Porto goalkeeper then denied Marcos Llorente from a tight angle.

The visitors broke the deadlock in the 56th minute as Lemar’s corner was flicked on by Geoffrey Kondogbia and turned in at the back post by Griezmann to give Diego Simeone’s men a vital advantage.

Carrasco refused to give the ball back for a Porto throw-in before lashing out at Otavio as the Porto midfielder attempted to grab it from him, the Belgian earning himself a straight red card.

Ugly scenes ensued as both camps clashed, and Porto substitute Wendell suffered the same fate as Carrasco shortly after as he elbowed Angel Correa in the throat. Marchesin appeared to be red-carded for speaking out of turn from the sidelines.

Correa broke away in the 90th minute to double Atletico’s advantage with a low finish into the bottom-left corner before De Paul smashed in the rebound after Griezmann’s shot was saved two minutes later.

Porto pulled one back deep into stoppage time as Oliveira rifled a penalty past Jan Oblak, but Atletico had done enough to make it to the knockout stage. Porto must settle for the Europa League.

Atletico Madrid have qualified for the knockout stage of the UEFA Champions League. | PHOTO: Getty Images |

Coming into the game, Atletico were sitting at the bottom of Group B, but their 1-0 victory over Porto, combined with Liverpool’s 2-1 win over Milan, sees the Rojiblancos rise to the second spot in the table and advance.

This qualification now means that Atletico has only failed to qualify for the knockout stages on one occasion in the last nine seasons (2017-18).

Griezmann has now scored four goals in five games for Atletico in the Champions League this season, the same tally he managed in his 16 matches in the competition with Barcelona.

Coming into this game, Porto had kept a clean sheet in four of their five home games in the group stages of the Champions League since the start of last season.

However, they were unable to maintain that record against Atletico, conceding three times as they desperately pursued a positive result.

Porto host Braga on Sunday as league action resumes, with Atletico facing city rivals Real Madrid at the Bernabeu in LaLiga on the same day.

Premier League match week 13: the thrilling moments.
Liverpool oust Milan out of Europe with a win at San Siro.