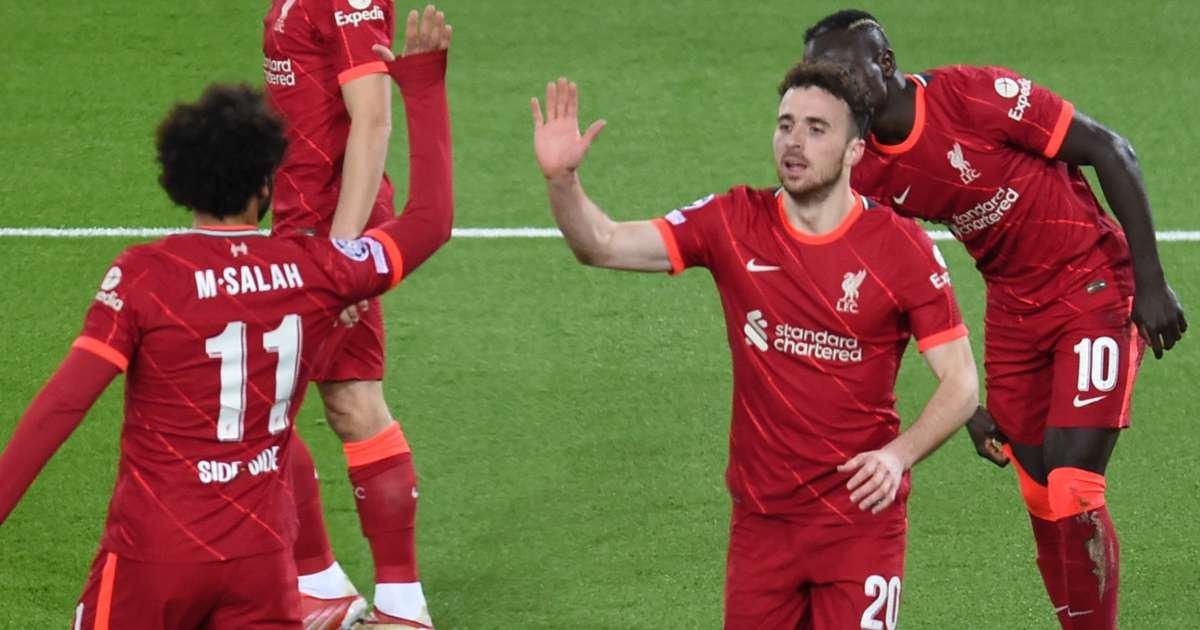 Liverpool secured their place in the Champions League knockout stages as Group B winners with two games to play by beating 10-man Atletico Madrid 2-0 going to 12 points in four matches.

Goals from Diogo Jota and Sadio Mane made sure the Reds eased past Atletico, who lost Felipe to a first-half red card, continuing to make light work of a draw that had initially been described as tough.

Diego Simeone’s men are now left in a battle with Porto and Milan to qualify in second place. 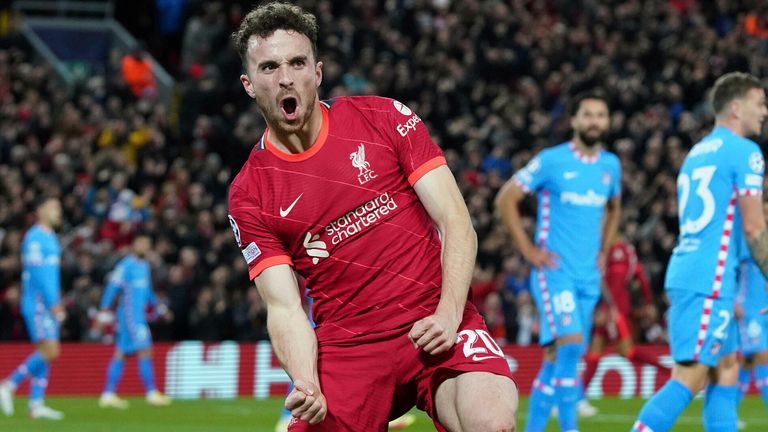 Jurgen Klopp’s side made a great start to proceedings when Trent Alexander-Arnold cracked open a five-man defence with a perfect cross from deep on the right that took one bounce before being nodded in by Jota after just 13 minutes of play.

And the defender repeated the script soon after, finding Mane for a sidefooted finish to a move he had initiated with a brilliant drive through midfield.

As had been the scenes when the two sides met in Madrid, going two goals down seemed to wake Atleti up, but their hopes of overturning that deficit in a similar fashion were dealt a serious blow past the half-hour mark.

Felipe looked all set to receive a booking for cynically bringing down the breaking Mane after a corner but instead earned himself a straight red by refusing to walk to the referee to receive it.

Liverpool made their numerical advantage tell during a bright start to the second half that saw a Jota goal ruled out for a tight offside before he and Mohamed Salah both wasted presentable opportunities. It appeared the hosts could be left to rue those misses when the returning Luis Suarez smashed a deflected effort home just before the hour, only for VAR to spot Jose Giminez had taken up an offside position before knocking the ball down to his fellow Uruguayan.

And they were given another let-off with 15 minutes remaining as Hector Herrera drove badly wide after a counter started by some loose play from Thiago Alcantara.

However, there were no more scares for Liverpool – the loss of substitute Roberto Firmino to injury aside – as they saw out the remainder of an impressive win over the LaLiga champions.

Jurgen Klopp will be much delighted that Liverpool has been able to effectively render their final two group games meaningless.

Premier League teams taking part in European competition face a hectic schedule in the coming two months, and now the Reds boss will be able to rotate against Porto and AC Milan.

Creating chances against a Simeone defense is never easy for any team but, fortunately for Liverpool, they had Alexander-Arnold in their team.

The 23-year-old England international made more passes than any other player on the pitch (112) and laid on two beautiful assists in running the show from right-back, as he so often does.

Suarez’s last outing at Anfield ended in a 4-0 defeat for Barcelona and boos from the crowd that once loved him, and so he will have been determined to make amends this time.

However, 19 touches, zero shots, and seven losses of possession sum up another forgettable evening for the 34-year-old Uruguay international.

Both sides will be in their respective leagues’ action on the weekend. Liverpool returns to Premier League action on Sunday when they face a trip to fourth-placed West Ham United. Atletico travels to Valencia in La Liga on the same day.