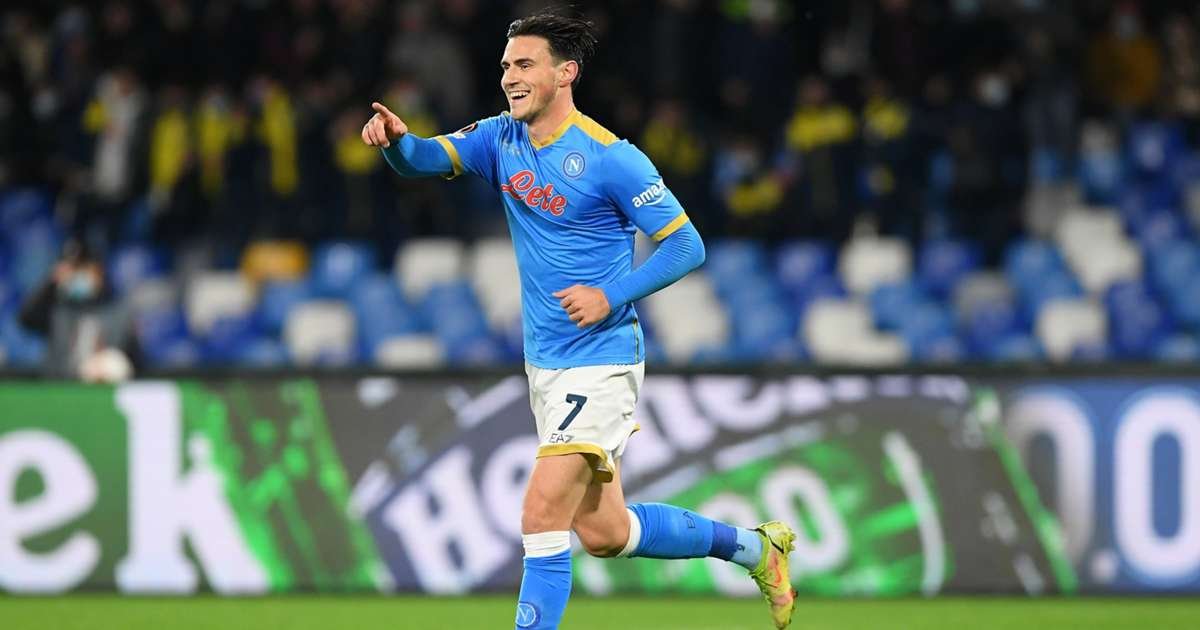 Eljif Elmas scored a brace as Napoli earned a spot in the knockout stages of the Europa League last 16 with a 3-2 win over Leicester City, who fall into the Europa Conference League.

Leicester travelled to Naples knowing they would guarantee a top-two finish in Group C if they could avoid defeat, but first-half goals from Adam Ounas and Elmas put the hosts ahead on Thursday.

Jonny Evans and Kiernan Dewsbury-Hall quickly restored parity in a chaotic opening 45 minutes, only for Elmas to net again after the break and decisively edge Napoli back in front. 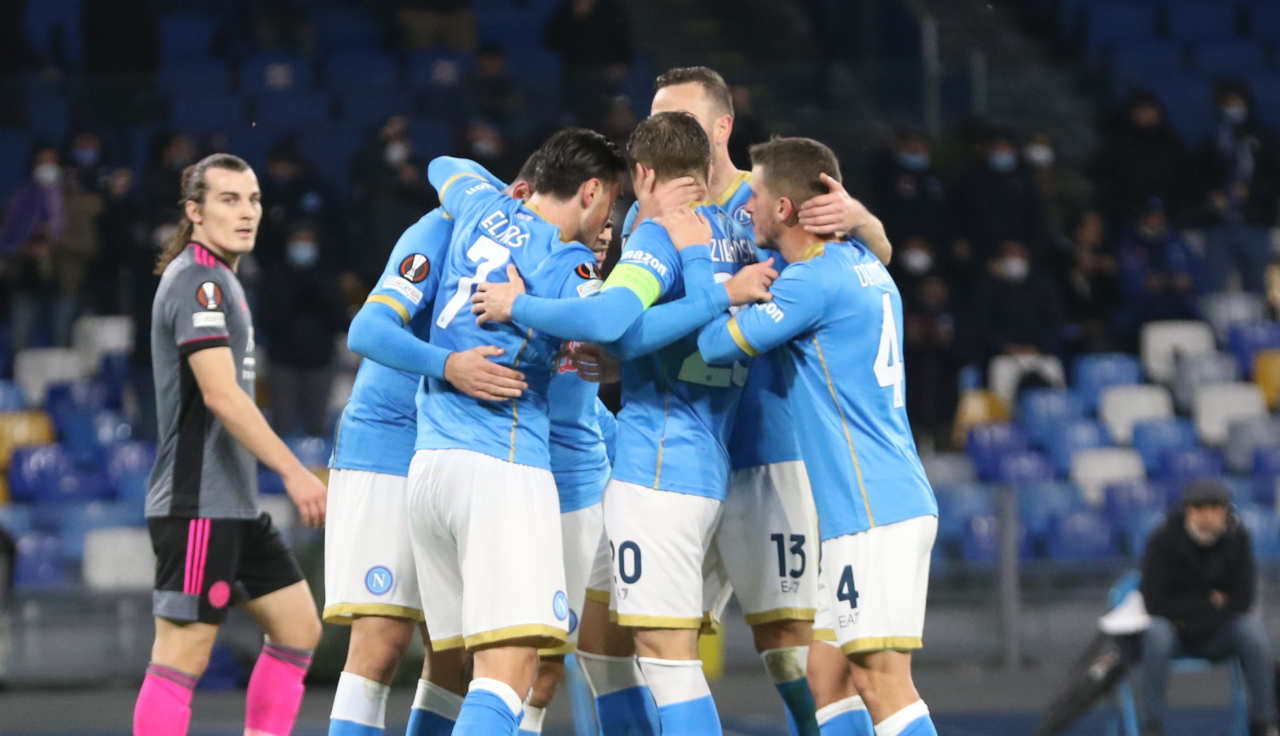 Napoli players celebrating a goal in the match against Leicester City in the Europa League. | PHOTO: Getty Images |

Luciano Spalletti’s side settled for second – with Spartak Moscow defeating Legia Warsaw, following a 98th-minute penalty save, to top the group – and go into a two-legged play-off in February, while the third-placed visitors face a tie at the same stage of the Europa Conference League early next year.

In a frantic start, Mario Rui’s goal-line clearance denied Timothy Castagne following Dewsbury-Hall’s cutback, before Napoli went up the other end and Ounas finished into the bottom-left corner after just four minutes.

Napoli went to two goals up when Andrea Petagna unselfishly squared for Elmas to tap in, but Evans quickly responded by firing past Alex Meret after James Maddison’s free-kick was deflected towards him.

And Leicester was soon level as Dewsbury-Hall expertly volleyed into the bottom-right corner from the edge of the area.

Kasper Schmeichel pushed away from Ounas after the break, but the Denmark international was powerless when Elmas steered in to restore Napoli’s advantage.

Maddison then spurned a glorious chance as he cannoned onto the post following Giovanni Di Lorenzo’s mistake, and Jamie Vardy headed over in stoppage time after Schmeichel’s save from Kevin Malcuit had kept Leicester’s hopes alive.

Brendan Rodgers would have wanted Leicester to seal their fate before the trip to Napoli, and the visitors paid the price for some earlier poor performances in the group stage, including throwing away a two-goal lead at home to Spalletti’s side. Napoli has now won seven of their 11 home games against English sides in Europe, but Spalletti may also have reason to complain, given his side will now have to fight through the Europa League play-offs in February.

Elmas will take the plaudits for his match-winning brace, which was the first double by a Napoli midfielder in a European competition since Marek Hamsik in April 2015.

Ounas, however, was just as good. Not only did the 25-year-old open the scoring but he also provided a team-high two key passes in a delightful display.

Rodgers has greater concerns than dropping into the Europa Conference League, given Leicester’s defensive frailties in recent months.

The Foxes have conceded in 16 consecutive matches across all competitions, their longest run without a clean sheet since a run of 17 between November 2005 and January 2006.

Leicester return to Premier League action at home to Newcastle United on Sunday, while Napoli host Empoli in Serie A on the same day. Both sides will also find out their playoff opponents in their respective continental competitions in next week’s draws.