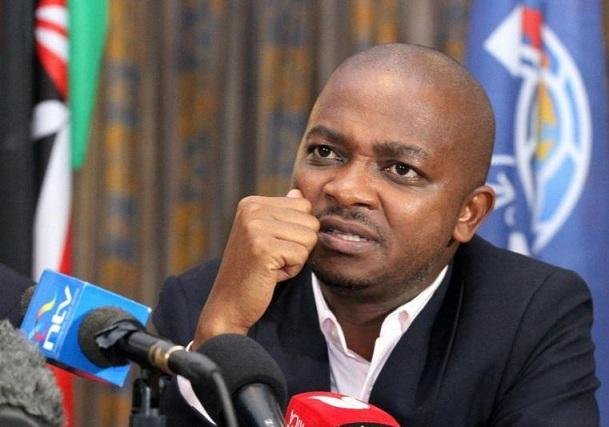 Kenyan football fans had a lot of hope Football Kenya Federation (FKF) president Nick Mwendwa but it’s all been a rollercoaster. Mwendwa took over FKF leadership from Sam Nyamweya in 2016 after gaining majority votes in the national elections.

There was a lot of hope that he would be the man to turn things around in Kenyan football but nothing much has changed.  Instead, FKF has been a huge riddle that took the Kenyan government years to unravel following Mwendwa’s arrest.

Moreover, it is a sad story embodying the famous ‘man-eat-man society’ saying. But who exactly is Mwendwa? 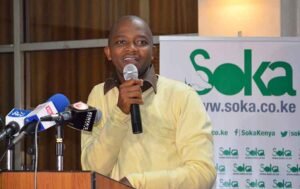 Who Is Nick Mwendwa?

The embattled FKF president is a football lover and a businessman dealing in offering tech solutions. He runs Riverbank Solution – a tech company offering payment solutions and other tech-related services.

The team would climb to the top tier in the Kenyan Premier League following his election in 2016.

The 2016 FKF elections were between Mwendwa and Ambrose Rachier. It was a classic two-horse race after Nyamweya withdrew from the race over a court case he was battling.

His integrity came under question making it difficult for him to convince voters of his eligibility to steer the federation once more.

This worked in Mwendwa’s favour who garnered a majority of 50 votes out of the total 77 votes cast. He floored Rachier and this was the beginning of a new era, or so Kenyans thought.

It turned out to be a bitter pill sweetened to swallow as Mwendwa courted controversy during his first term in office.

The techprenuer found himself on the DCI radar as quick as he was elected to office. The country’s highest authority investigating crimes was probing how FKF spent over US$170,000 set aside for Kenya’s trip to Cape Verde for a 2018 World Cup qualifier.

And this was not the first dose of conspiracy against him. During his first term in office, he had coach Bobby Williamsons sacked and fill his position with Stanley Okumbi in 2016.

This drew a lot of ire among football stakeholders who were questioning his decisions months after taking office.

It also ended up costing so much more to counter Williamson’s suit for wrongful dismissal. The Scottish coach successfully sued FKF in 2019 and was awarded Sh55 million.

Williamson who resides in Kenya has been battling cancer ever since.

World football governing body FIFA in March 2021 fined FKF $37,500 as the cost for arbitration in the firing of another coach Adel Amrouche.

The fine imposed by FIFA was to cover the arbitration procedure cost.

How Did Nick Mwendwa Get Re-elected?

Against all odds, Mwendwa secured re-election to office in 2019 in a Special General Meeting held at Safari Park in Nairobi.

He garnered more votes than what he got when he first vied for office. He got 77 votes and elbowed out his fiercest competitor Lordvick Aduda.

So ambitious was the FKF president that he made it clear he would vie for two more terms when his current tenure expires in 2024.

But that was just a figment of his imagination as Sports Cabinet Secretary Amina Mohamed turned his dreams into a nightmare. 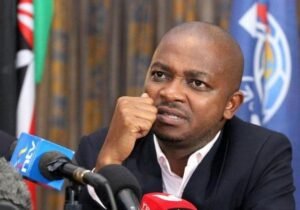 Why Was Nick Mwendwa Arrested?

His arrest came hours after the Sports CS formed a caretaker committee for FKF on Thursday.

In a statement, Amina said that the current Federation stood disbanded. The committee will be chaired by retired judge Aaron Rigera for the next six months.

She cited a report from a Committee mandated to run an audit on FKF which lifted the lid on massive embezzlement of funds.

The report recommended Kenya’s investigating agencies to investigate further the extent to which the misappropriation of funds in FKF occurred. Then, prosecute those found culpable.

Unfortunately, the law caught up with Mwendwa who was arrested on Friday. He was at Safari Park Hotel meeting with Harambee Stars after arriving from their World Cup qualifier against Kampala in Uganda.

What Next For Nick Mwendwa?

Mwendwa is facing a ban by FIFA following his arrest. Mwendwa earlier maintained that he will remain in office despite a caretaker committee being formed by CS Amina.