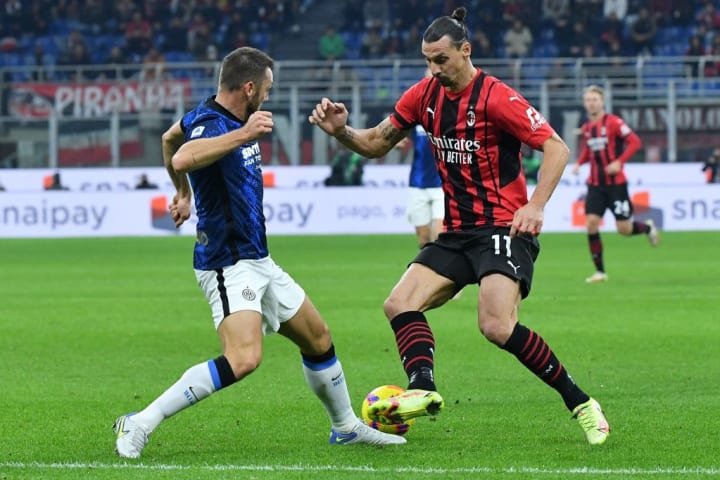 Juventus’ long domination of the Italian top-flight league, the Serie A finally came to an end last season thanks to Inter’s thrilling season, but their success never looked likely to be the start of a new monopoly in Italy’s top flight. Milan derby being entertaining and decisive is one thing we all missed.

With Inter not only losing their mastermind Antonio Conte – who has since joined Premier League side Tottenham Hotspurs but also arguably their two best players in Romelu Lukaku – to Chelsea and Achraf Hakimi – to PSG, Simone Inzaghi was always going to have a tough task on his hands in their attempts to successfully retain the Scudetto.

Milan fans will have watched on frustrating last season, their own improvement paling in comparison to that of their bitter rivals, who finished 12 points clear of the Rossoneri at the top, despite the fact that Milan had a better start to last season than Inter.

Eventually, Milan only secured a top-four finish at all on the final day of the season, making a comeback to the UEFA Champions League for the first time since 2014 – but there is much cause for optimism at the club and Sunday’s Milan Derby suggested the positivity is well-placed, even if Stefano Pioli’s team only got a 1-1 draw.

Let’s not forget, Milan’s record in this fixture has been less impressive in recent times, with Inter always on the upper hand. Inter won five of the past six in Serie A, while the Rossoneri’s run of three successive home defeats in the derby was their worst such run since 1934.

Milan went into the match knowing a win would take them top after Napoli failed to win against mid-table Hellas Verona – managing a 1-1 draw, but arguably the most important thing here was to avoid a defeat – victory for Inter would have brought them to within three points of their bitter rivals.

And to be fair to Inter, they looked every inch a side out to win on Sunday.

It didn’t take long for one of the main pre-game narratives to come into focus as Hakan Calhanoglu, playing his first derby for Inter since leaving Milan in July this year, won a penalty from Franck Kessie and then stepped up to take the resulting kick.

His celebration left no doubt about his thoughts on the jeers and boos being aimed his way, as he cupped both ears in the direction of the home fans, with the Turkey midfielder becoming only the fourth player since 1994-95 to score in his first Milan derby after making his previous appearance in the fixture for the other team. 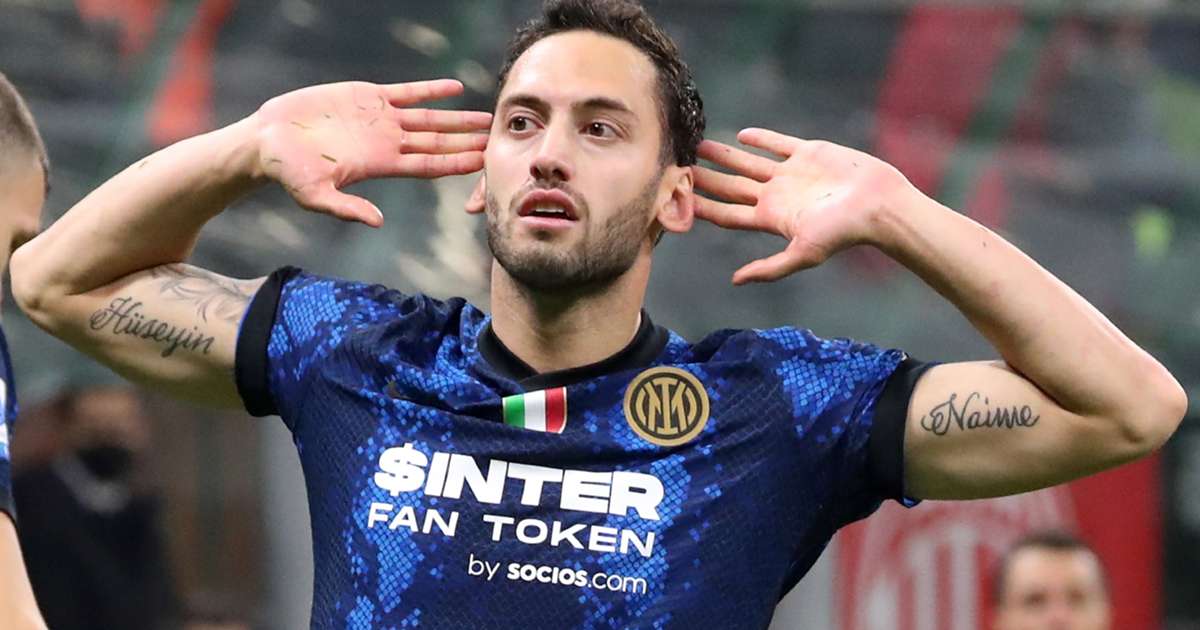 Inter midfielder Hakan Calhanoglu cupped both ears in the direction of the Milan fans, after scoring against Milan, his former club in the Milan derby on Sunday, 7 November 2021. | PHOTO: Getty Images |

It was the kind of start any football fan hope from every derby match, with the emotions and intensity turned right up inside the first 10 minutes, and Milan players were certainly up to the challenge.

Their response was quicker than expected. Fikayo Tomori was the man who ran off in joyous celebration as the Inter goal net bulged, though replays and the goal-line technology delightedly showed he didn’t even touch the ball as Stefan de Vrij put past his own goalkeeper.

The gripping end-to-end nature of the match soon brought another twist.

Matteo Darmian darted onto the ball, surging inside Fode Ballo-Toure and into the box, luring the Milan left-back into a clumsy lunge. Penalty.

But Calhanoglu didn’t fancy the opportunity to get a second, instead, allowing Lautaro Martinez to step up, and the Argentinian failed to beat Ciprian Tatarusanu in the Milan goal, the shot-stopper denying the Argentine.

Milan started to fade towards the end of the first half, with Inter creating two more fine opportunities just before the break and then remaining in the ascendancy in the second period.

Martinez saw a stinging drive go just over and then Calhanoglu surprisingly failed to get a volley on target at the back post as he blasted across the face of the goal.

In fact, the Belgium international went closest to breaking the deadlock as his long-range effort came back off the post and Kessie put the rebound just wide.

Inter managed to hold on in the face of the late onslaught, and while a point seemed a fair result, it’s already the fourth draw for Inzaghi’s men. That’s five matches they’ve failed to win, and although they remain third – after Milan and Napoli who are level on points at the top, you get the feeling they need to start turning those into victories if they are to stand a chance of retaining their hard-earned title.

Inter certainly has the personnel to do so, while Milan’s showing provided a little more evidence that last season’s second-place finish wasn’t a fluke, with this the first time since the 1994/95 season when the current Serie A era started, that the Rossoneri have amassed as many as 32 points from their first 12 matches out of a possible 36 points, without losing a single match in the process.

Of course, Napoli will hope to prove otherwise, but there remains the very real possibility that the Scudetto will be staying in Milan at the end of the campaign.

The second derby of the season, set to be played on Sunday, 6 February 2022, will likely have some say in which of the two clubs prevails, and that in itself is glorious.

The derby had arguably lost much of its relevance and entertainment in the eyes of the neutral fanbase in recent years, with the collective standard of their squads somewhat lacking in comparison to the fixture’s glory days back in the early 2000s and it rarely having relevance due to Juventus’ recent dominance.

But to be fair, one thing clear is that Sunday’s contest showed that the Derby della Madonnina, as is known in Italy is once again becoming Italy’s most relevant, entertaining fixture.