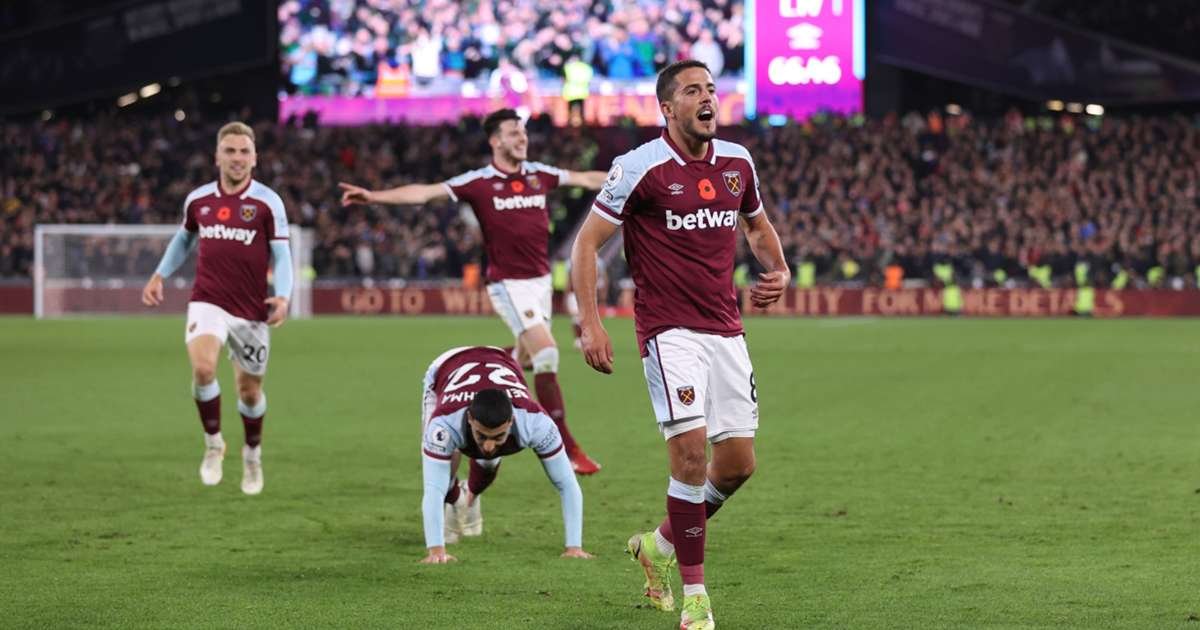 Liverpool endured their 20-match unbeaten run in the Premier League to come to an end after yielding a 3-2 defeat at West Ham on Sunday in what was a thrilling Premier League encounter.

Trent Alexander-Arnold’s stunning free-kick four minutes before the break made amends for an Alisson own-goal that put David Moyes’ side ahead at London Stadium.

However, West Ham regained control after the break as Pablo Fornals and Kurt Zouma were both on target within seven minutes of each other to hand the hosts a 3-1 lead.

Substitute Divock Origi’s staggering late goal proved in vain as Jurgen Klopp’s side failed to close the gap at the top after Chelsea were held by Burnley on Saturday, while the Hammers move above Liverpool into third in what is already a thrilling Premier League season.

West Ham made a perfect start when Alisson succeeded only in punching Fornals’ whipped corner into his own goal after four minutes, Liverpool’s cries for a foul from Angelo Ogbonna fell on deaf ears as the VAR only confirmed the goal.

Diogo Jota headed over in response before Alexander-Arnold leveled with a magnificent strike into the top-right corner following a short free-kick routine with Mohamed Salah.

Craig Dawson nodded onto the crossbar after the break, while Lukasz Fabianski was required to deny Sadio Mane’s left-footed volley at the other end.

West Ham took the lead again after 67 minutes when Jarrod Bowen embarked on a driving run before unleashing Fornals – who has now scored two in two for the Hammers, who managed to squeeze a left-footed strike under Alisson.

Matters worsened for the Jurgen Klopp’s men as Zouma climbed the highest to head home Aaron Cresswell’s corner – the Hammers’ 32nd top-flight goal from set-pieces since Moyes’ arrival, six more than any other side.

West Ham players in celebration after Kurt Zouma (center) headed home Jarrod Bowen’s corner to hand the Hammers a 3-1 lead against Liverpool in a Premier clash on Sunday, 7 November at the London Stadium. | PHOTO: SkySport PL |

Origi forced what promised to be a tense ending with seven minutes remaining when he turned and drilled into the bottom-right corner following Alexander-Arnold’s offload.

Klopp’s men almost sealed what was to be a memorable comeback but Mane unfathomably headed wide from Alexander-Arnold’s free-kick in stoppage time as West Ham managed to hold on for the victory.

Liverpool’s 20-game unbeaten league run stretched back to March but that came to an end as West Ham collected their first win over the visitors in 11 top-flight attempts.

Prior to Sunday’s clash, Moyes had not defeated the Reds in the league since 2010 with Merseyside rivals Everton but the Hammers managed to continue their fantastic run of form to climb into third – a point ahead of Klopp’s side and only three behind leaders Chelsea.

Fornals was a constant thorn in Liverpool’s side as the Spain international proved a nightmare for Klopp’s three-man midfield.

Not only did he net the second goal to edge West Ham back ahead, but the 25-year-old also attempted a team-high 37 passes, while two of those were key passes in an efficient creative display.

Salah was looking to become the first Premier League player to score in his side’s opening six away games after matching Thierry Henry’s five-game record against Manchester United but the Egyptian forward was expertly managed by West Ham’s defense, failing to hit the target with either of his two efforts in an unusually quiet outing.

Alexander-Arnold’s first-half stunner brought him level at the top with John Arne Riise for top-flight goal involvements among defenders for Liverpool (45).

However, his second-half assist for Origi took him clear of the former Norway left-back as he affirmed his position at the top of the Reds’ charts in the league.