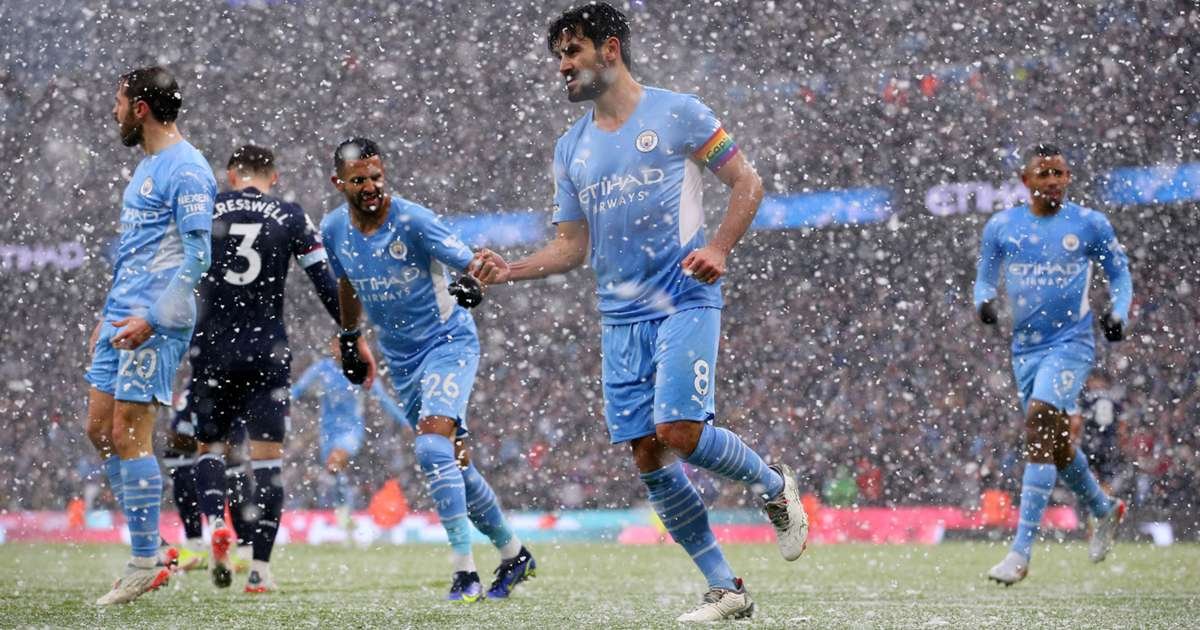 Ilkay Gundogan and Fernandinho both scored as Manchester City moved back into second in the Premier League table with a comfortable 2-1 home win over West Ham United on Sunday in a match marred by severe weather conditions.

The defending champions made light of the difficult wintry conditions at the Etihad Stadium, where the visitors have now won just once in the last 16 top-flight visits.

Gundogan was on target in a first half where Riyad Mahrez had a strike ruled out, while the Hammers – who have now suffered back-to-back league defeats – were put to rest when substitute Fernandinho netted late on with Manuel Lanzini’s goal proving a mere consolation for the Hammers.

Pep Guardiola’s 10th top-flight win in 11 attempts against West Ham means City moved to a one-point difference with leaders Chelsea, who played out a 1-1 draw with Manchester United later on after the City match.

Aymeric Laporte headed onto the right-hand post early in the first half before Mahrez was adjudged to be offside from Raheem Sterling’s pass after he had fired past Lukasz Fabianski.

City broke the deadlock when Gundogan bundled Mahrez’s low cross home, with Ben Johnson then required to clear Gabriel Jesus’ effort off the line and Mahrez cannoning against the woodwork in a flurry of first-half chances. 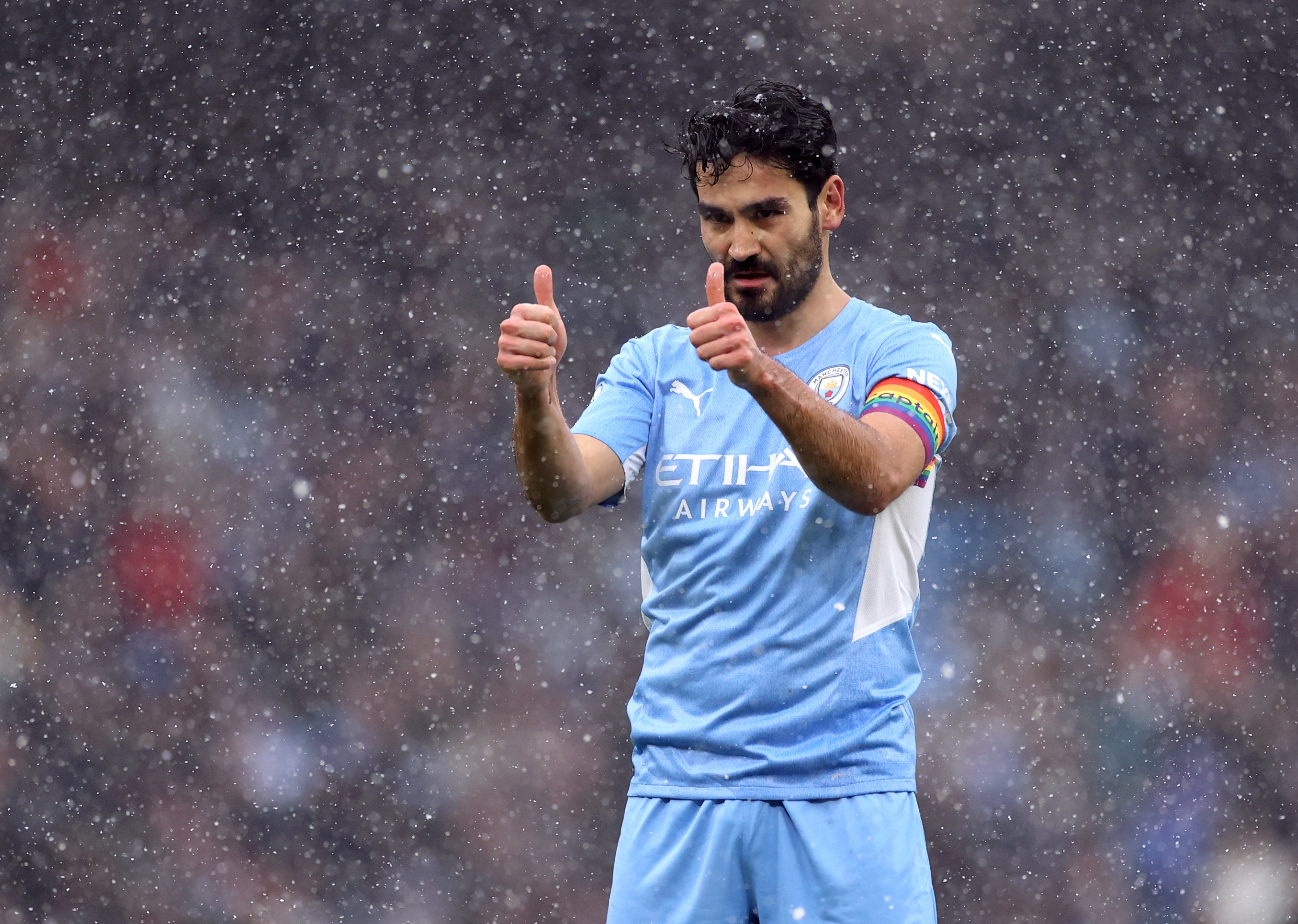 Manchester City midfielder Ilkay Gundogan scored the opener against West Ham in the first half at the Etihad on Sunday, 28 November 2021. | PHOTO: Getty Images |

The hosts almost doubled their lead after the halftime break, through Jesus, who saw another chipped attempt cleared off the line by Aaron Cresswell, while Sterling blasted wildly over after the hour mark.

Jesus then teed up fellow Brazilian Fernandinho to slot into the bottom-left corner to seal all the points for the home side with Bernardo Silva seeing another ruled out prior to Lanzini curling perfectly past Ederson to at least half the arrears for West Ham.

Manchester City has now won 10 of their last 11 Premier League meetings with West Ham, scoring 30 and conceding just six in the process, while the Hammers have taken only five points from 78 available in away games against the defending champions. 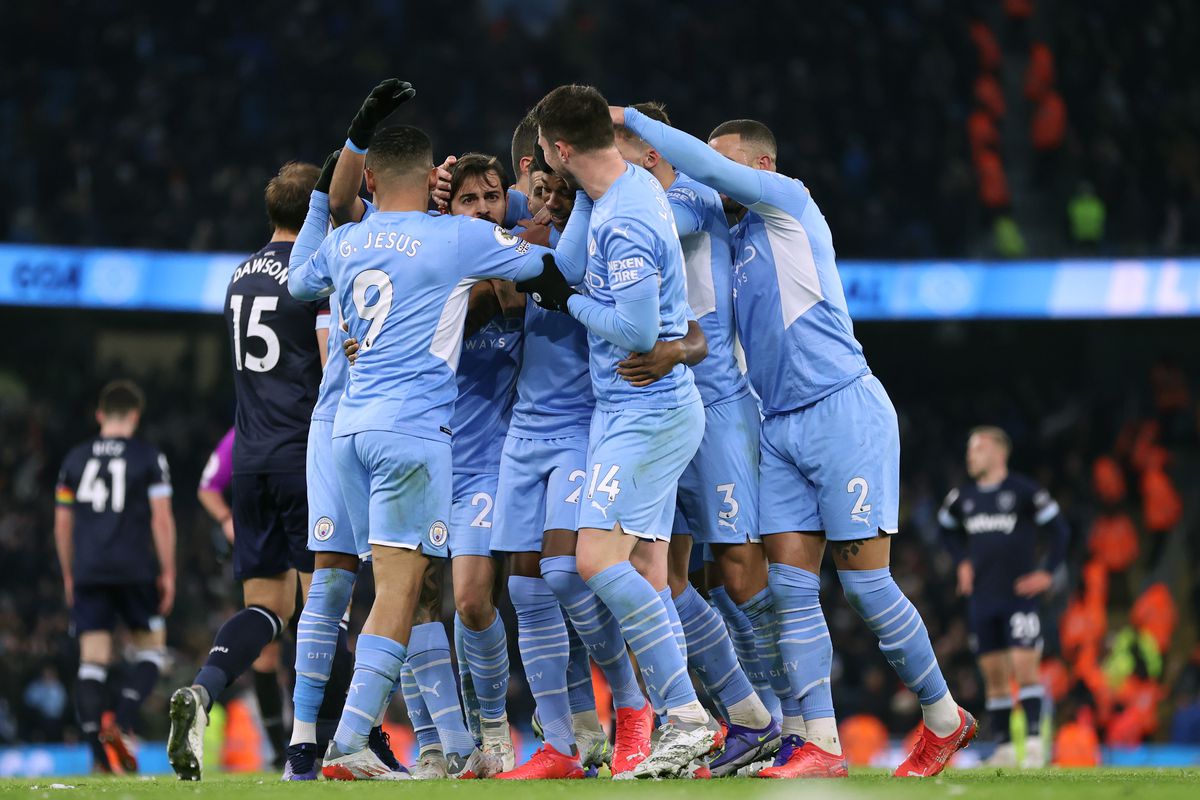 Guardiola’s side moves to 29 points, one less than leaders Chelsea, and the visitors remain in fourth despite losing consecutive league games for just the third time since the start of last season.

Joao Cancelo has been one of Guardiola’s standout performers this term and the Portugal international once again produced an excellent showing.

The Portugal international may have been cautioned but enjoyed a game-high 114 touches while registering two shots on target and as many key passes in an all-round display.

Michail Antonio cut a frustrated figure up top, regularly tasked with occupying Laporte and Ruben Dias with little support from those behind him.

The Jamaica international failed to have a shot at the Etihad while managing just 31 touches and winning fewer than half of his 12 duels.

Both sides will be back in action in the midweek. Manchester City makes a trip to Aston Villa on Wednesday, while West Ham host Brighton and Hove Albion on the same day.