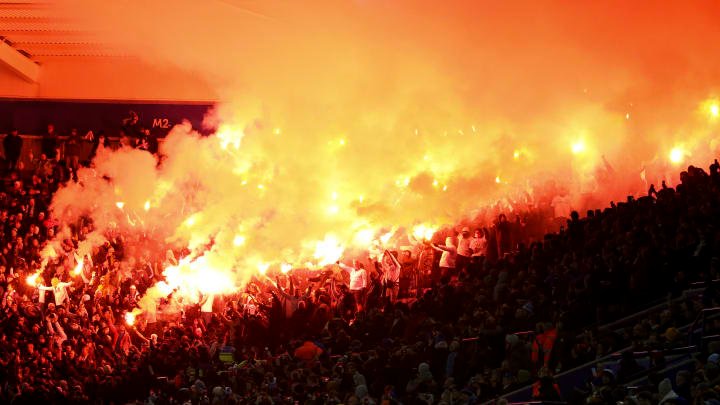 Leicester City vs Legia Warsaw Europa League win over Legia Warsaw was marred by clashes between supporters of the two clubs that left several police officers injured on Thursday, 25 November 2021.

It marks the second time that one of the Foxes’ European games has witnessed crowd trouble this season, with their clash against Napoli on matchday one also affected with crowd troubles.

As reported by LeicestershireLive, just after the hour mark in the match on Thursday night, numerous flares were let off simultaneously in the away end at the King Power Stadium.

Using this smokescreen as cover, Legia’s travelling support then attempted to reach the East Stand to brawl with Leicester fans in what was turning out to be an uncontrollable event. 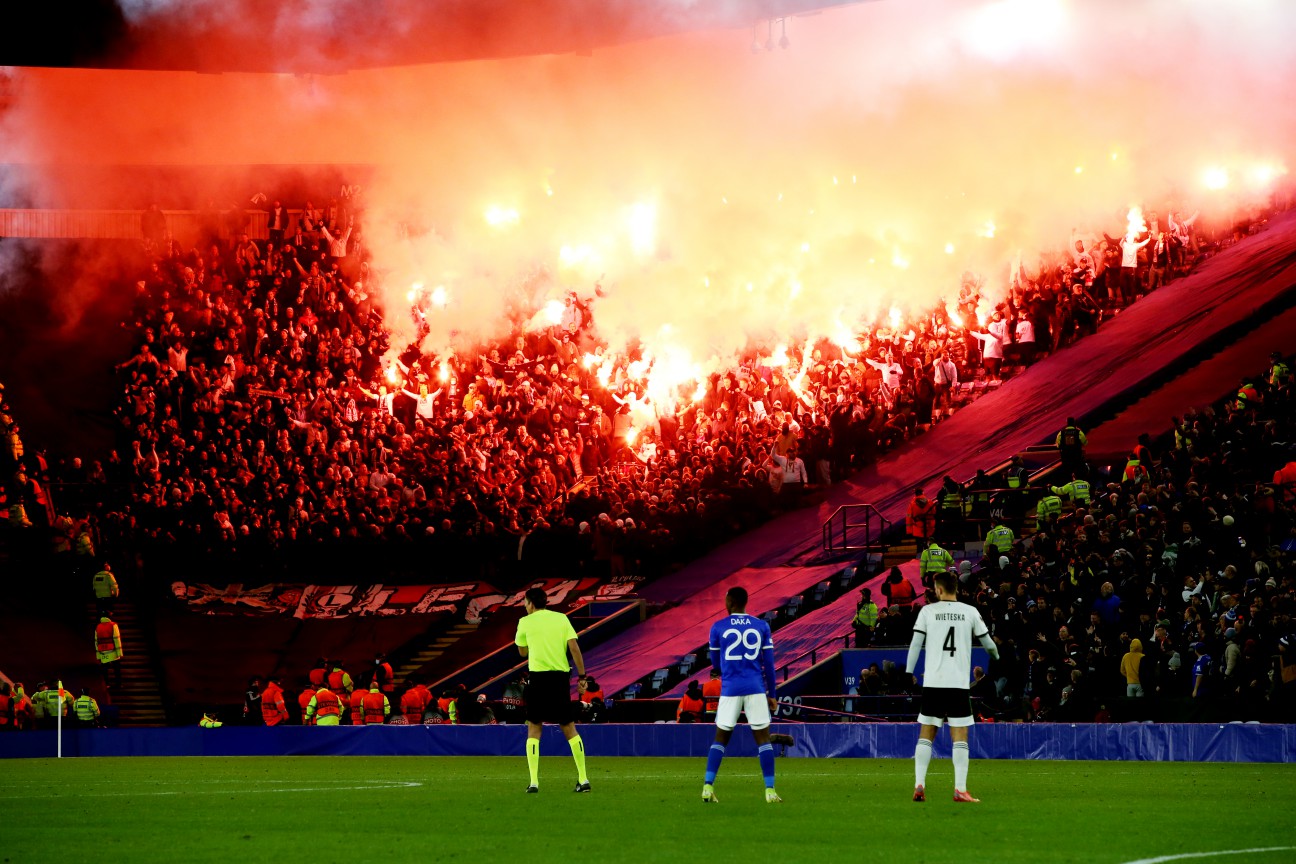 Hundreds of police officers – some with riot gear on – managed to force them back, after some hooligans attempted the scale the netting separating the two sets of spectators.

They continued to cause trouble for some time, but calm was eventually restored with around ten minutes left to play in the match of Leicester City vs Legia Warsaw Europa League.

After the game, Leicestershire Police’s football unit revealed that the clashes had led to some of their officers getting hurt when trying to manage the crowd.

“Long day/night. A number of arrests have been made of away supporters during the evening, some officers have been injured,” a statement read.

“Thanks to you LCFC fans for your support, further updates will follow in the coming days.”

On the pitch, it was a great night for Brendan Rodgers’ side. Bottom of an extremely tight group going into the game, they ended the matchday top of the pile thanks to the comfortable win.

Patson Daka opened the scoring early in the first half with a poacher’s finish before James Maddison was allowed all the time and space in the world to make it 2-0 soon after. Legia did manage to pull one back but Wilfred Ndidi restored his side’s two-goal advantage before the break.

The other match in Group C saw Spartak Moscow defeat Napoli 2-1 helping Leicester head straight to the top of the group. Leicester will face Napoli in match week six in a match they will be seeking only one point to progress to the knockout stages.