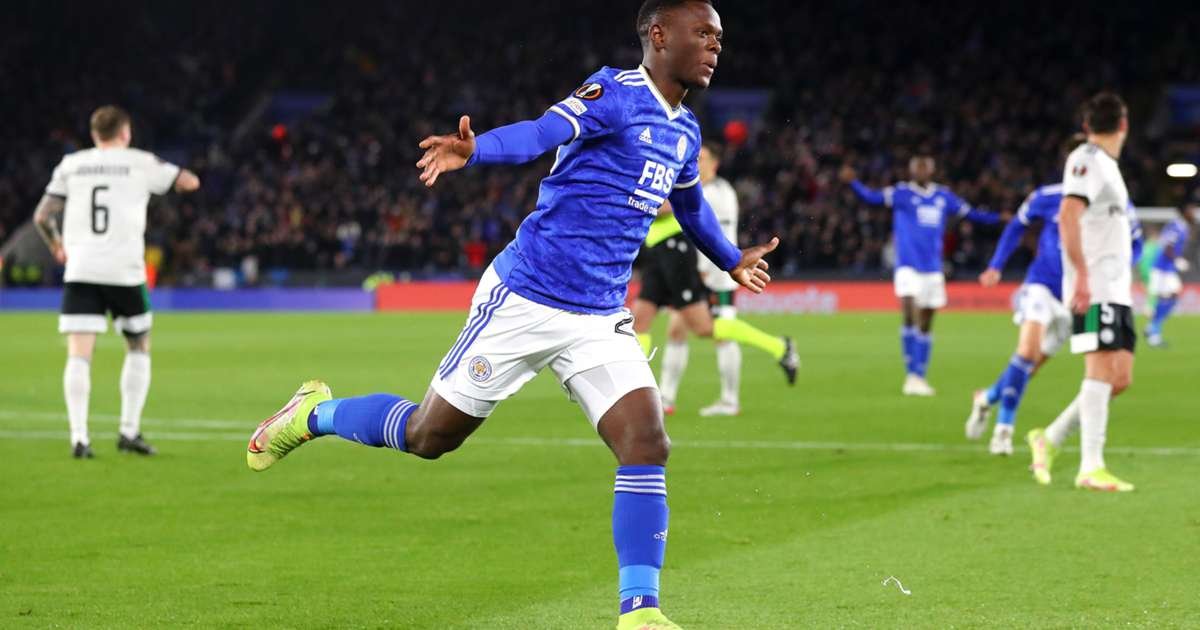 Leicester city eased past all three of their Europa League rivals to the top of Group C after a comfortable 3-1 win in Leicester vs Legia Warsaw Europa League at the King Power Stadium on Thursday night.

The only negative for Rodgers on the night aside from Filip Mladenovic’s consolation strike was losing Jonny Evans to a muscle injury in the warm-up, with Daniel Amartey replacing him in defence.

The Foxes will travel to Napoli for the final game of the group stage knowing that a draw will be enough to see them qualify for the knockout stage.

In a match Leicester vs Legia Warsaw Europa League, Leicester put the pressure on the visitors from the first whistle and was ahead in the 11th minute when good work from Harvey Barnes forced a deflection that fell kindly for Daka, who calmly slid in his fifth Europa League goal of the campaign.

The Premier League side doubled their lead in the 21st minute as Maddison worked the ball onto his left foot after a one-two with Ademola Lookman before firing into the top corner of the net.

The Polish side had a penalty just five minutes later after Caglar Soyuncu’s clearance struck Wilfried Ndidi on the arm. Mahir Emreli’s spot-kick was saved by Kasper Schmeichel but Mladenovic was quickest to follow up and slot in the rebound.

Ndidi made amends for his penalty concession in the 33rd minute, though, as the unmarked Nigerian headed in Leicester’s third from a Maddison corner.

Both teams could have added to the scoring in the second half but the hosts were happy to see out the win, only their second in this year’s Europa League group stage.

Leicester avenged the 1-0 defeat they suffered in the reverse fixture on matchday two with relative ease and now sit top of Group C, one point ahead of both Spartak Moscow and Napoli.

What’s the next plan?

Rodgers will be more than satisfied with that after picking up just one point from their first two games in the group, though it promises to be a tough final fixture in Naples in two weeks.

The Foxes have now only lost two of their 16 home matches in European football (W9 D5).

James Maddison has had a quiet start to the season, but was at his influential best in the hour he got on the pitch against Legia, taking three shots, making two key passes, and putting in six crosses. The 25-year-old also scored and assisted in a single game for Leicester for the third time in all competitions, previously doing so against Sporting Braga (November 2020 in the Europa League) and Brentford (January 2021 in the FA Cup).

Marek Golebiewski’s side has now lost nine of their last ten games in all competitions and sits second from bottom in the Polish top flight.

This was Legia Warsaw’s first European match in England since November 1995, when they drew 0-0 with Blackburn Rovers in the Champions League group stages, and despite getting on the scoresheet, never looked like stopping the rot in Leicester.

Leicester hosts former boss Claudio Ranieri and his Watford side in the Premier League on Sunday, while Legia Warsaw will be at home to Jagiellonia Bialystok on the same day in the Ekstraklasa.