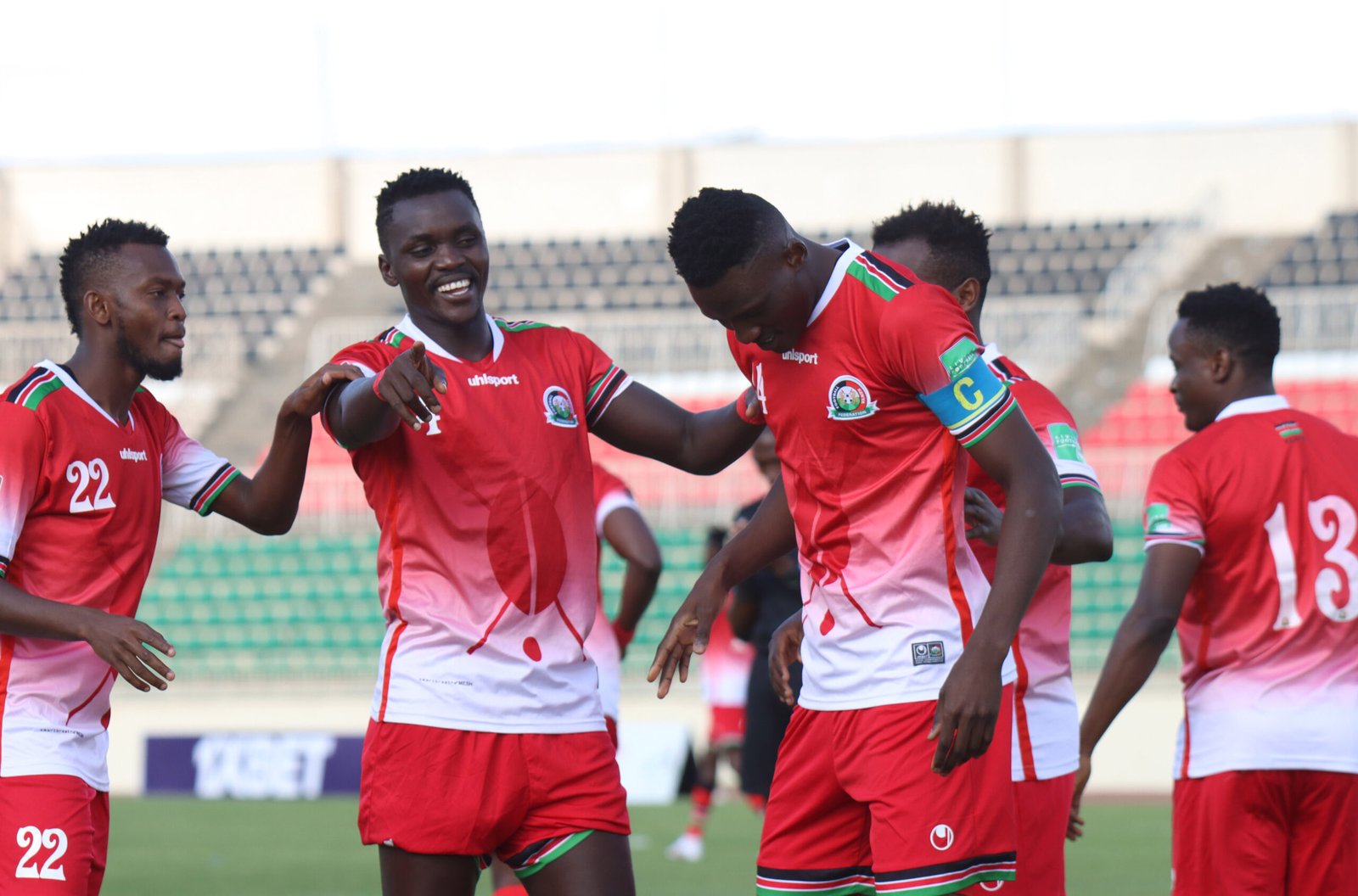 Though counting for nothing, Harambee Stars finally picked up a victory in the qualifiers for the 2022 FIFA World Cup after beating Rwanda 2-1 at the Nyayo National Stadium on Monday evening.

Michael Olunga and Richard Odada scored in the first half while Olivier Niyonzima halved the deficit for the Rwandese in the 65th minute. The victory saw Stars finished the group phase third with six points while Rwanda finished off bottom of the pile.

“I think we did well considering all the psychological pressure that was on the team before this match. There was so much uncertainty with everything that is happening with the president being arrested and the fears of having a FIFA ban,” coach Engin Firat said.

He added; “But the performance was good and I am happy. We have brought so many young players into the system and this is good for the future. They have shown what they can give for the national team.”

Skipper Michael Olunga said; “We are pleased to finish off with a win which is something positive. Of course we are dejected that we couldn’t make it to qualify but I believe we have picked lessons from here and we have a bright future.”

Against Rwanda, Kenya knew only a win would see them sign off on a high especially after last week’s draw against Uganda which they feel they should have won. 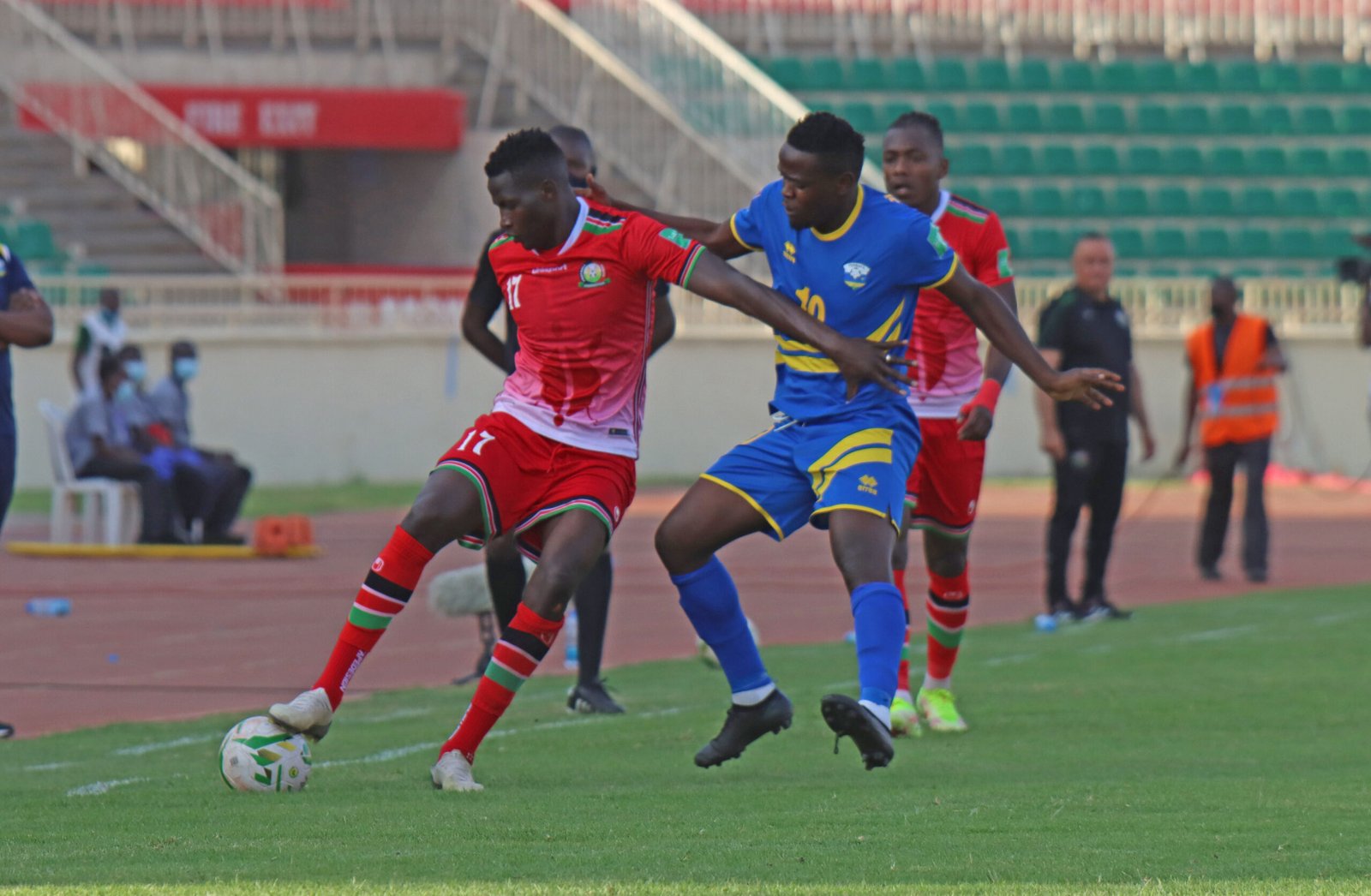 Olunga broke the deadlock in the third minute when he rifled the ball into the net from the edge of the six yard box after Abdallah Hassan nodded down a cross from Erick Ouma.

The Kenyan boys doubled their tally in the 16th minute from the penalty spot, Odada scoring his first goal in national team colors after the hard working Ouma was brought down by keeper Fiacre Ntwali inside the box.

Olunga should have had a second when he controlled the ball inside the box and found space to shoot, but the effort was blocked by the keeper.

Kenya were fierce moving forward and should have had the second goal on the half hour mark when the enterprising Ouma made a daunting run on the left, finding space to shoot. However, his low shot was palmed behind for a corner by the keeper.

In the second half, it was the Rwandese who were more attacking as they sought to get a goal that would have taken them right back into the game. 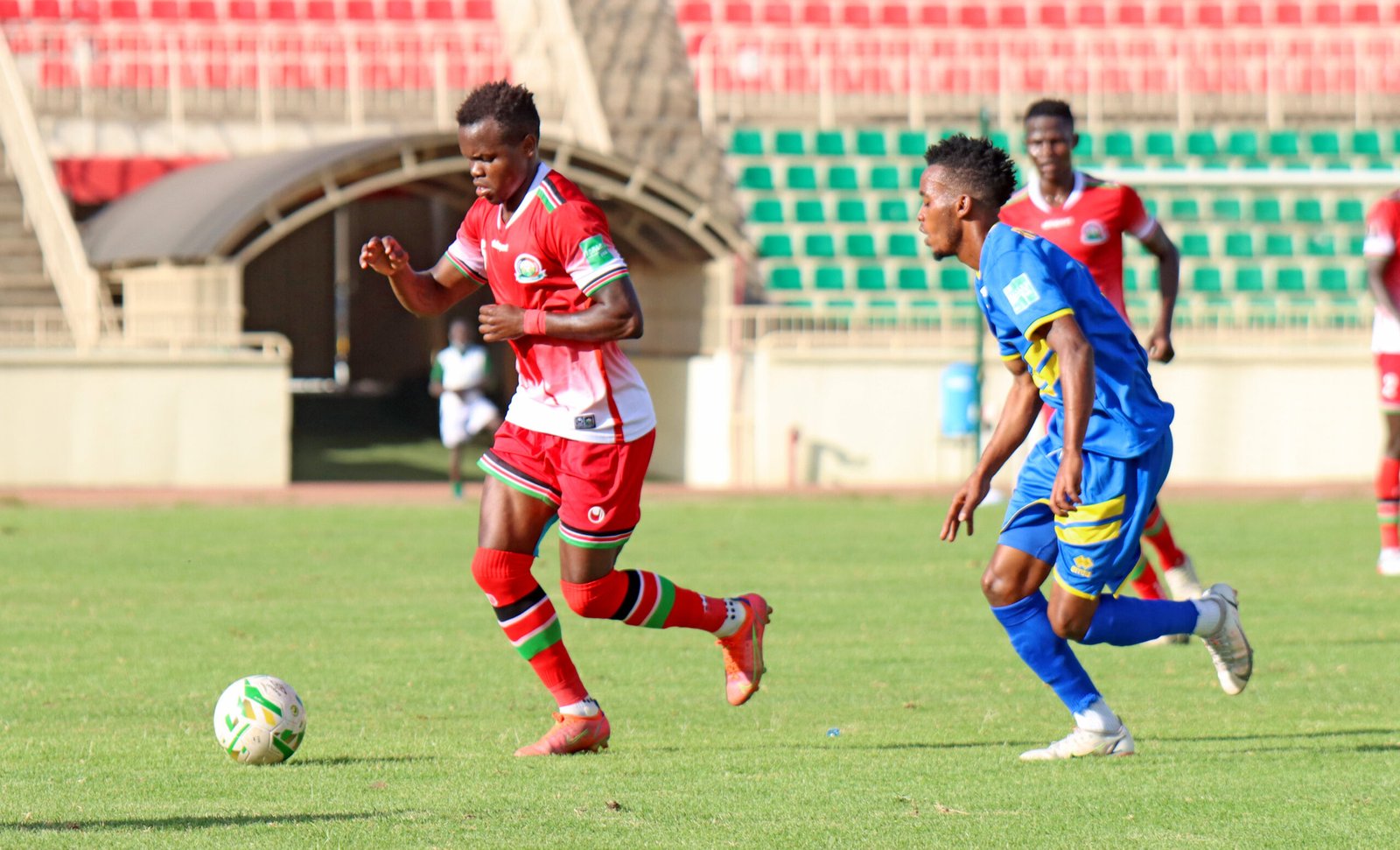 Ernest Sugira came close with a snap shot from range that nearly caught keeper James Saruni off guard, but it went inches wide. The visitors got their goal in the 6th minute when Niyonzima tapped the ball home unmarked at the backpost off a freekick from the left.

Rwanda almost had the second and an equalizer a few minutes later when out of no pressure, defender Joseph Okumu lost the ball in a dangerous area. However, Sugira failed to hit the target with his shot, striking high and wide.

The Rwandese piled in the pressure, but their crossing in the final third as well as the finishing wasn’t as spectacular as the build up as they finished the qualifiers without victory.