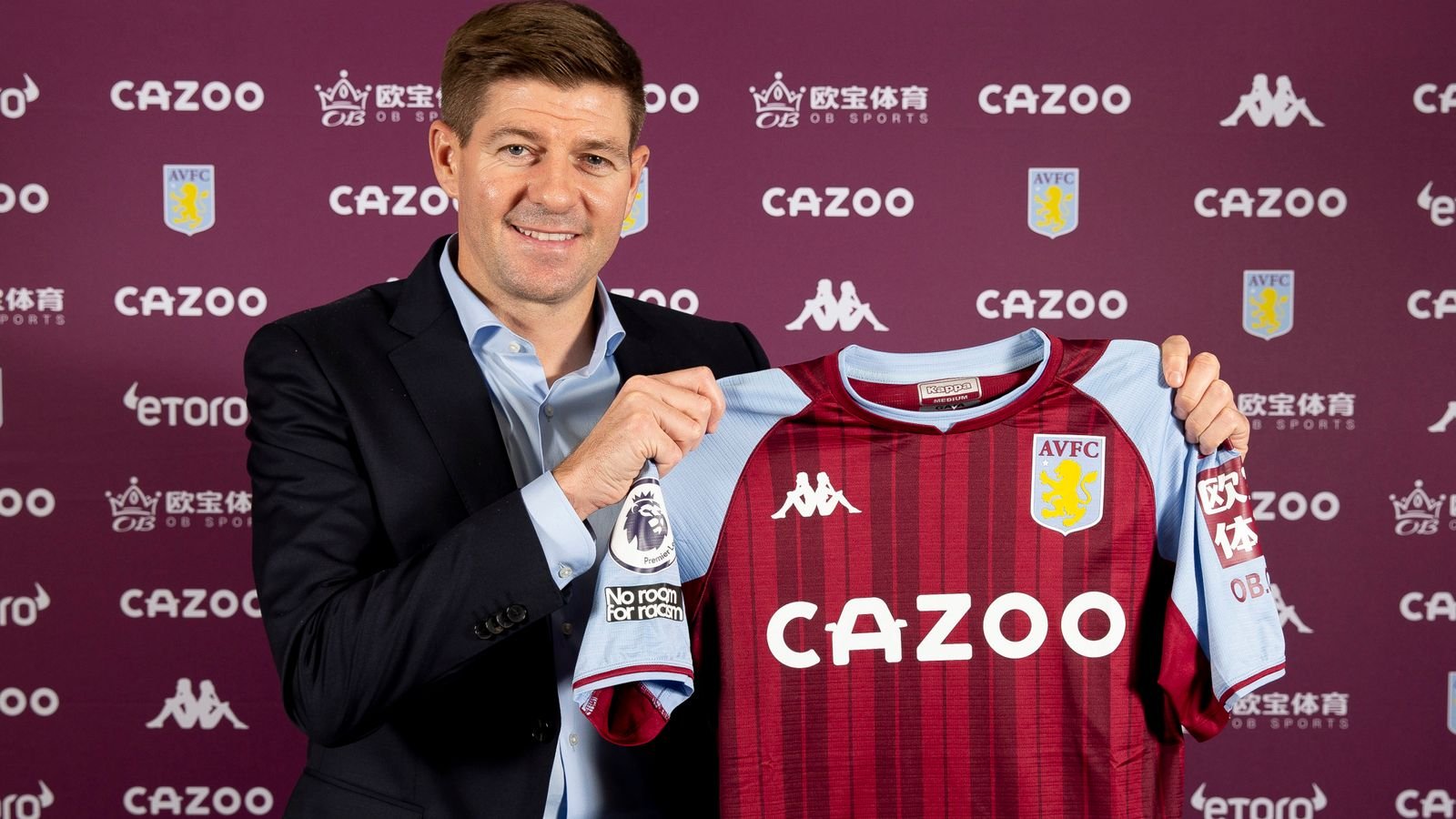 Steven Gerrard has acknowledged that leaving Rangers for Aston Villa is a “risk” in his first interview as the Premier League club’s new manager.

The former Liverpool hero signed a three-and-a-half-year deal to join the Villa Park club on Thursday.

“I like a challenge. I like a risk. It’s something I’m really looking forward to getting into. ” He said.

Dean Smith was relieved off his duties at the Villa park after a not convincing performance. Dean Smith in less than seven days he has made the biggest turnaround in the Premier League after being appointed as the new Norwich City Manager.

The biggest task now lies with Liverpool legend Steven Gerrard who has taken over Aston Villa, he says that although it is a risky job he is ready to handle it in the most difficult league in the World- the English Premier League.

Steven Gerrard has returned to the Premier League after such an impressive performance with the Rangers with whom he guided to their first league title since 2012.

The Liverpool legend must skip celebrations, as the task that lays ahead of him seems gigantic. The Premier League is a different ball game as compared to the Scottish Premiership.

The biggest task ahead

No doubt, Aston Villa had one of the most successful transfer windows in their history. They invested heavily in stellar talents like Buendia, Bailey, Ings, etc. On paper, Villa were favorites to qualify for the Europa League next season.

At this moment, Villa is fighting relegation and the European spot seems far away from their reach. Aston Villa is only two places above the relegation zone. The Birmingham-based club has only picked up 10 points from their 11 league matches.

Having lost seven of their 11 league matches, worrying signs are starting to creep up at Villa Park.

With still 27 matches to play, Steven Gerrard needs to turn around the fortune of the club. Failing to qualify for Europe will be considered a failure at Villa Park.

Villa is currently six points adrift of the Europa League spots. The Liverpool legend’s biggest task at Villa Park will be guiding the team to European football.

On paper, Aston Villa has got some of the most exciting players in Europe at their disposal. On the contrary, it’s been a different story on the pitch.

Tyrone Mings whose sensational form last season earned him a call up to England’s Euro 2020 squad, seems to be a different player this season. Emiliano Martinez who has kept 8 clean sheets with Argentina and won the Copa America this year is conceding goals left right and center this term.

Cash and Targett who had started the season brilliantly seem to be losing their confidence in their abilities. Buendia, who single-handedly brought Norwich back to the Premier League seems lost in the Villa setup.

Danny Ings and Ollie Watkins have not been clinical enough in front of the goal. Leon Bailey is finding it hard to weave his magic at Villa Park. The man-management skills of Steven Gerrard will be under scrutiny at Villa Park.

Whether Steven Gerrard plays a back five or a back four, he needs to sort out the leaky defense at Villa Park. The defense has already conceded 20 goals in the 11 league matches this season. They have shipped one goal every 30 minutes.

For a team that is not scoring much going forward, tightening up the backline seems to be the need of the hour. The back four of Tyrone Mings, Axel Tuanzebe, Matty Cash, and Matt Targett seem to have been overplayed by Dean Smith.

Rotating the backline will be crucial for their new manager to keep the defense fit and firing. Having said that, the club does not have many reinforcements in the back.

Aston Villa has spent all their money acquired from Grealish’s transfer in strengthening their attack. The Liverpool legend will surely be looking for defensive reinforcements in the winter transfer window.

Creating balance in the midfield

The midfield duo of John McGinn and Douglas Luiz that was so impressive last season seems to be falling apart this season. An injury to Douglas Luiz has disrupted the balance in the middle of the park for Villa.

Most of the teams this season have bypassed the Aston Villa midfield without dropping a sweat. This was again evident in their last encounter with Southampton. 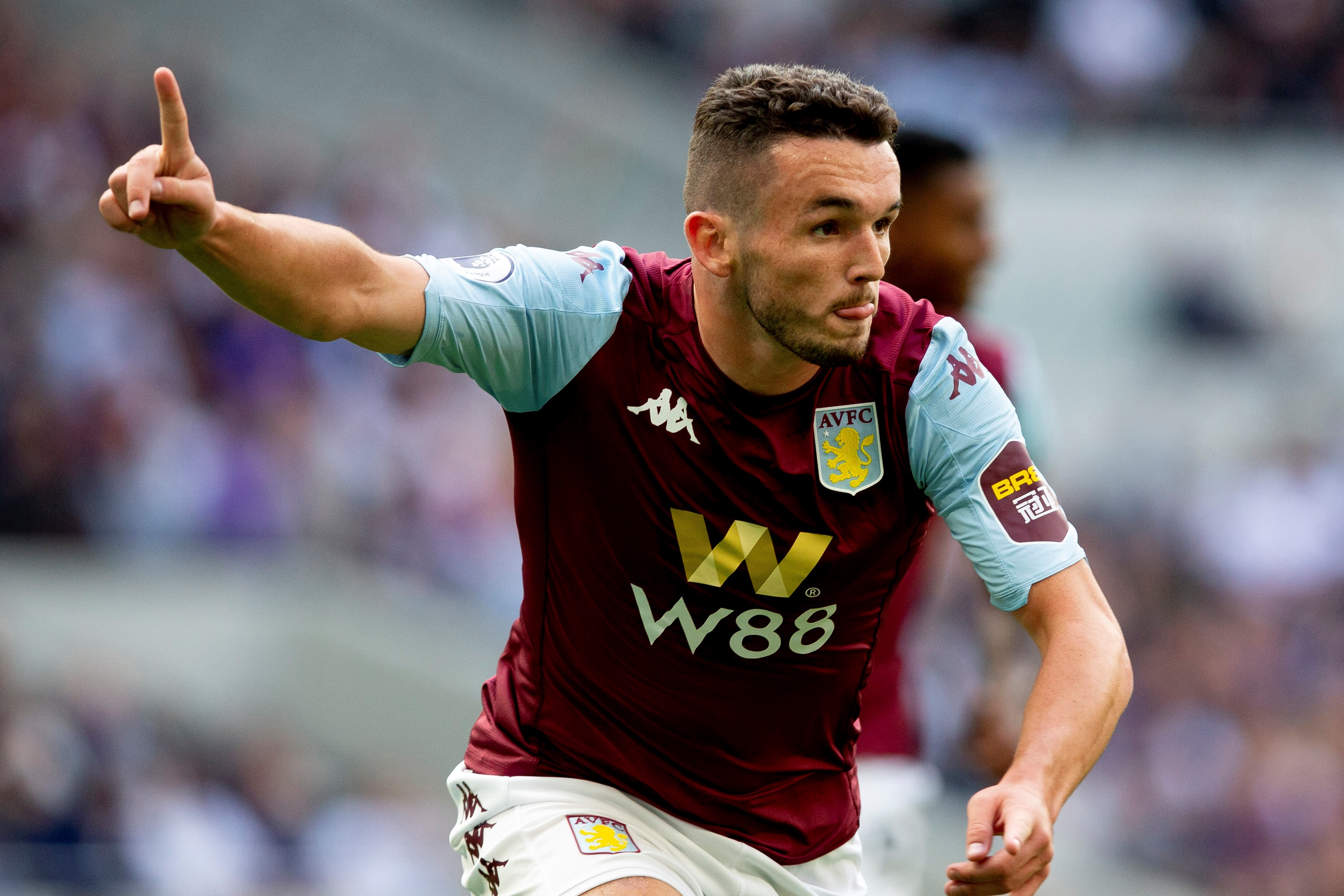 The lack of a deep-lying midfielder and a creative force in the midfield will hurt Steven Gerrard this season. Buendia who was brought in to play the crucial number 10 role has failed to make any impact.

The Argentine international only has a goal and an assist to his name this season. Other players like McGinn, Makamba, and Young have looked like strangers on the field.

But there is some hope for the future for Gerrard as there are a host of young talents at Aston Villa. The returning Douglas Luiz will also boost the morale of the manager as well as the players.