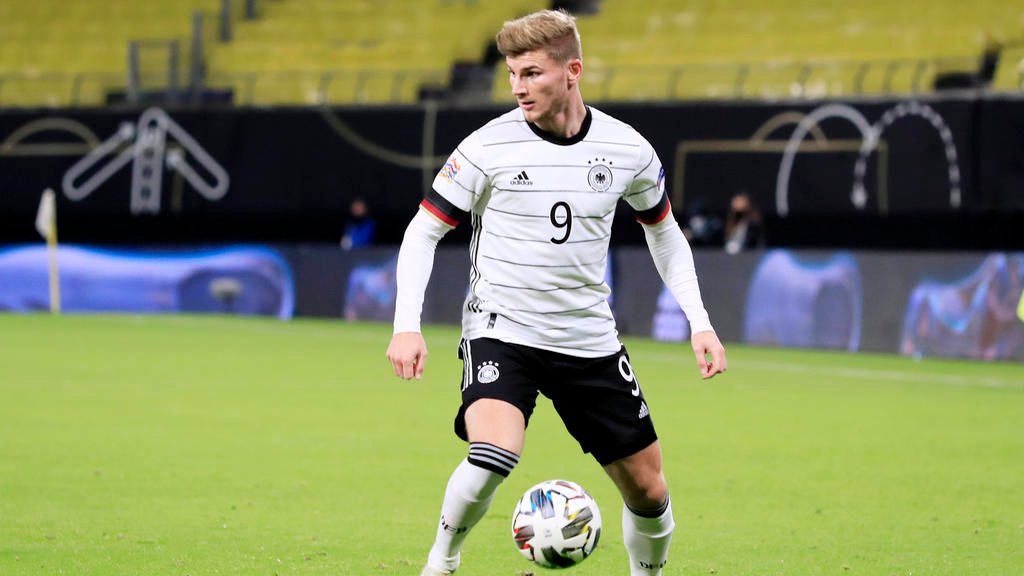 Timo Werner’s Chelsea career to date has been characterised by famous missed opportunities, but also brought to life by unselfish assists and false goalscoring dawns in the form of tap-ins.

For a quite sometime now it has felt as though he will be the latest in a long line of costly, flop striker to play for the Blues in the modern era – following in the footsteps of the likes of Mateja Kezman, Andriy Shevchenko, Fernando Torres and Radamel Falcao, every football fan knows how their spell at Chelsea was.

Signed as a prolific finisher who made a mockery of Bundesliga defences on a near-weekly basis, capable of outpacing his man at ease and sublime finishing, the transition to the Premier League has not been easy for the former RB Leipzig forward. However, while his predecessors will never escape the tag of ‘expensive flop’, there are finally signs that times could be a-changing for Werner.

Before the international break, the 25-year-old followed up a late assist against Tottenham with impressive performances against both Manchester City and Southampton, scoring against the latter and having a stunning goal denied after a four minute check by the VAR, as Chelsea head coach Thomas Tuchel answered calls for him to start alongside Romelu Lukaku with the Blues’ creative players toiling; he was the hosts’ best player as they were beaten by the Cityzens at Stamford Bridge, before starring as he netted a late winner against Southampton (it was a brilliant tap-in). 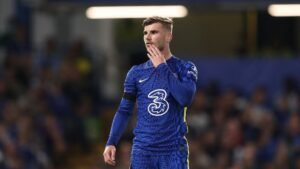 Timo Werner had enjoyed a good run for Chelsea just before the international break and has since continued with the good form in Germany.
| PHOTO: Courtesy |

While the international break for World Cup qualifiers to continue was perhaps ill-timed, the October break has provided a platform for the Germany international to begin to look something like the striker Chelsea thought they were signing 15 months ago.

Having struggled against Romania on Friday, Werner demonstrated his prolific abilities by firing Germany to the 2022 World Cup on Monday night – and, encouragingly, neither of his goals were from fewer than six yards out.

After his Chelsea teammate Kai Havertz (who has so far looked more settled at Werner in the bridge) had opened the scoring against North Macedonia – who showed themselves to be no mugs at Euro 2020 – Werner gave the clearest indication yet that he is starting to feel himself.

Having had his customary missed half-chances, the striker ran onto Thomas Muller’s cute flick in the 70th minute and lashed into the back of the net, before making it a quickfire brace with an impressive curled finish into the far corner when a loose ball fell to him in the penalty area three minutes later. 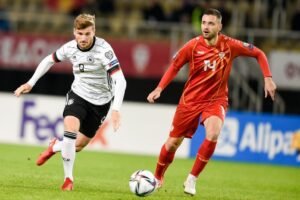 The reverse fixture back in March was the setting for arguably Werner’s most infamous miss of last season, as he somehow miss-kicked and put the ball wide from eight yards out with the half-empty goal gaping.

With that in mind, this was a vast improvement. Speaking after the match, the forward revealed he had learnt to ignore criticism of his game, choosing to believe in his own ability.

“It has to roll off you,” he said. “Because if I had been thinking too much about the days, then I would not have been able to play today.

“At some point the barrel will be full. I know what I can do and so I go into every game with that mindset.”

That brace takes Werner to three goals in three games for club and country, with his tally now five in five for Germany under new head coach Hansi Flick – albeit the other three came against Liechtenstein, Armenia and Iceland.

This actually represents his best goalscoring form for almost exactly a year, before confidence in front of goal had started to become a crippling issue. With a favourable run of domestic games to come before the next batch of international fixtures, Chelsea will hope this little confidence will get grip of their man and he will be able to finally score the goals he used to score at Leipzig.