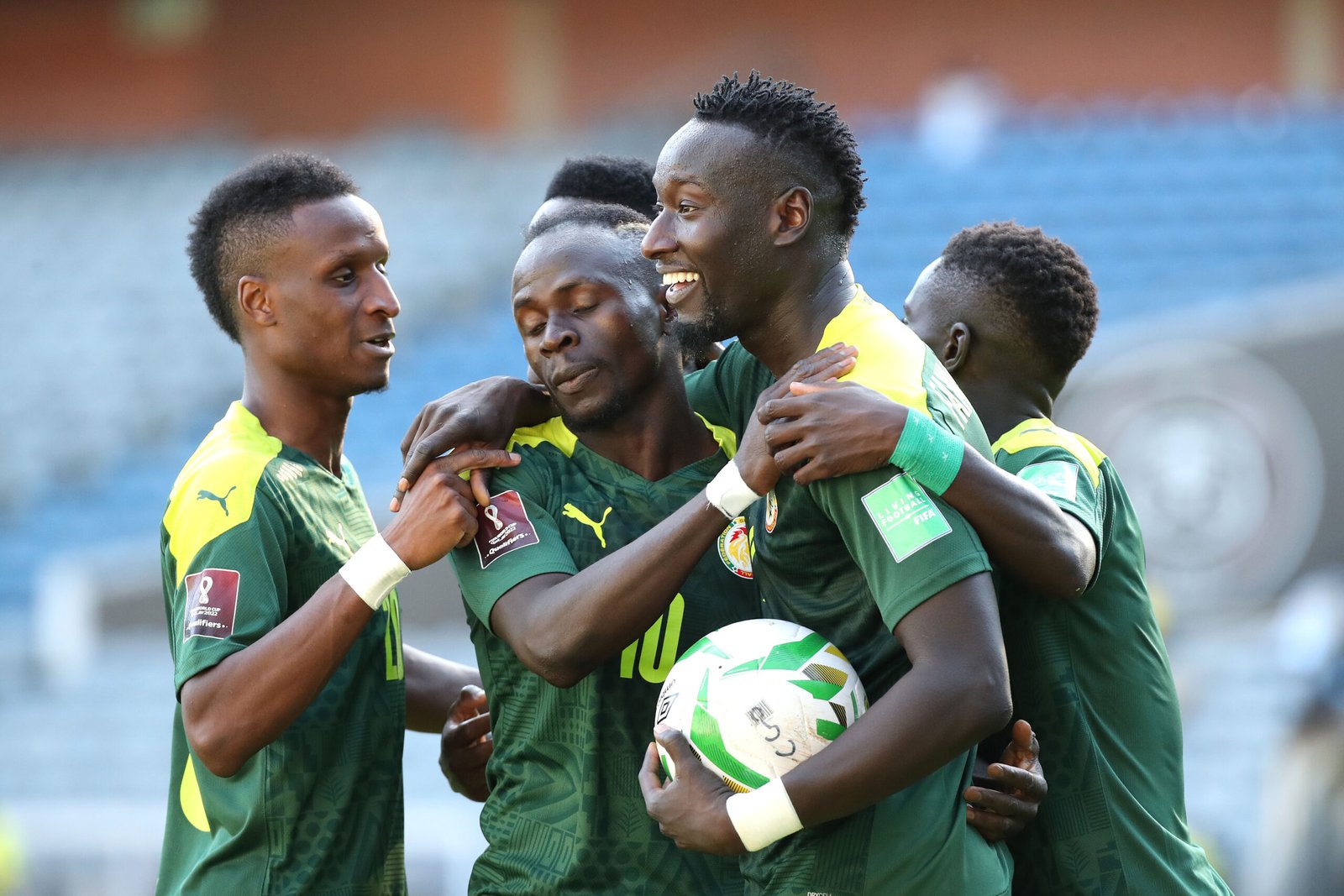 Senegal’s Lions of Teranga is the first team to progress to the final round of qualification for the 2022 FIFA World Cup after beating Namibia 3-1 in Johannesburg on Tuesday.

The victory preserves Senegal’s 100percent record in the group phase of the qualifiers and takes them to 12 points, eight ahead of second placed Namibia with two rounds of matches left.

Diedhiou opened the scoring in the 22nd minute when he rose unmarked inside the box to glance home a well weighted cross from Sadio Mane.

Five minutes later though, the hosts who are playing their home matches in Johannesburg, South Africa equalized when Mamelodi Sundowns forward Peter Shalulile struck a brilliant left footed shot from the edge of the box. 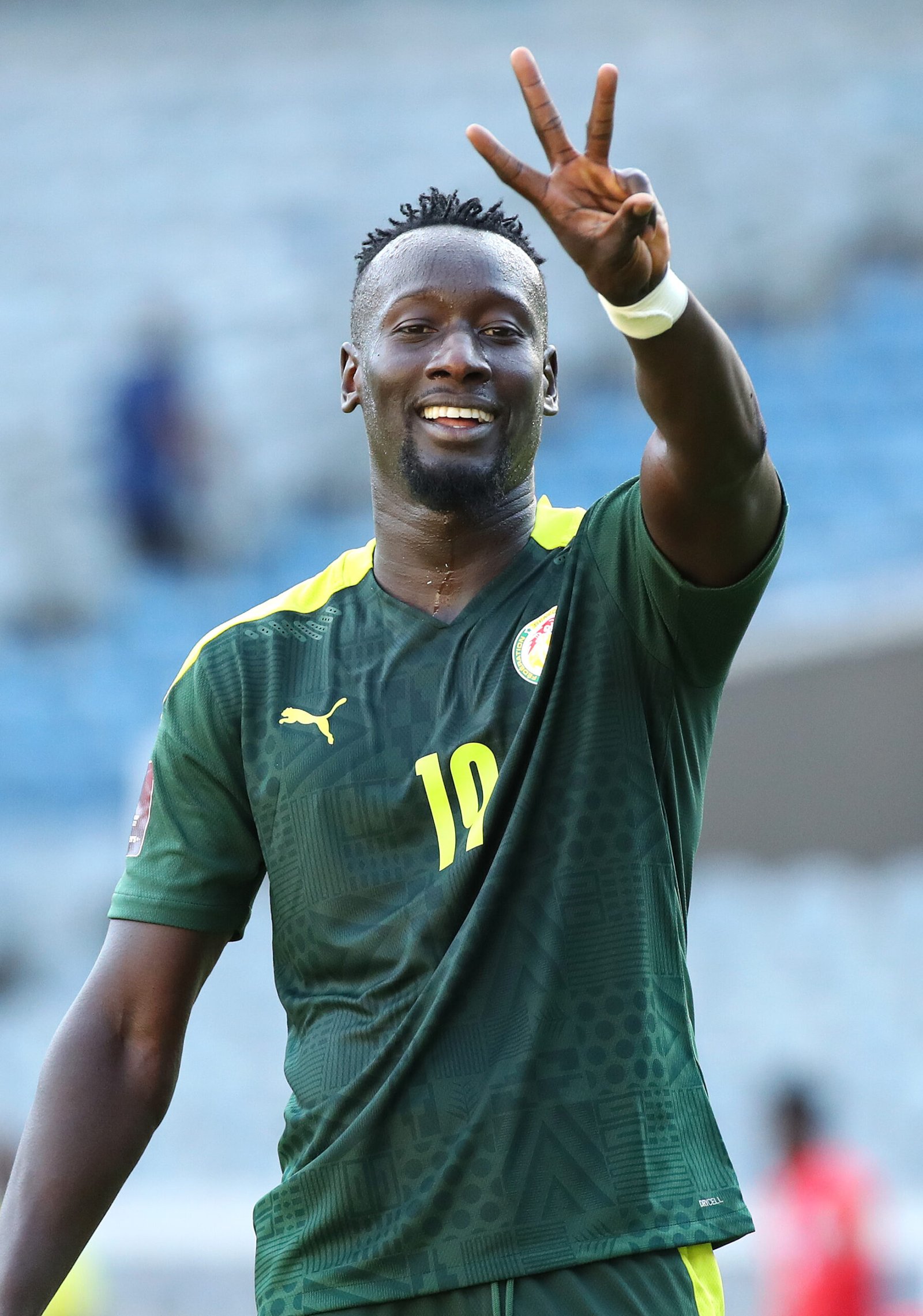 Famara Diedhiou of Senegal celebrates his hatrick during the Qatar 2022 FIFA World Cup qualifier between Namibia and Senegal held at the Orlando Stadium in Johannesburg, South Africa on 12 October 2021 © Gavin Barker/BackpagePix

Senegal doubled their tally six minutes into the second half, Diedhiou scoring his second of the afternoon with another header after Saliou Ciss’s cross from the left found him unmarked inside the box.

The Teranga Lions firmed up their victory six minutes from time when Mane and Diedhiou combined once again, the Liverpool forward slashing a low cross from the right which was met with a simple tap in by his mate. 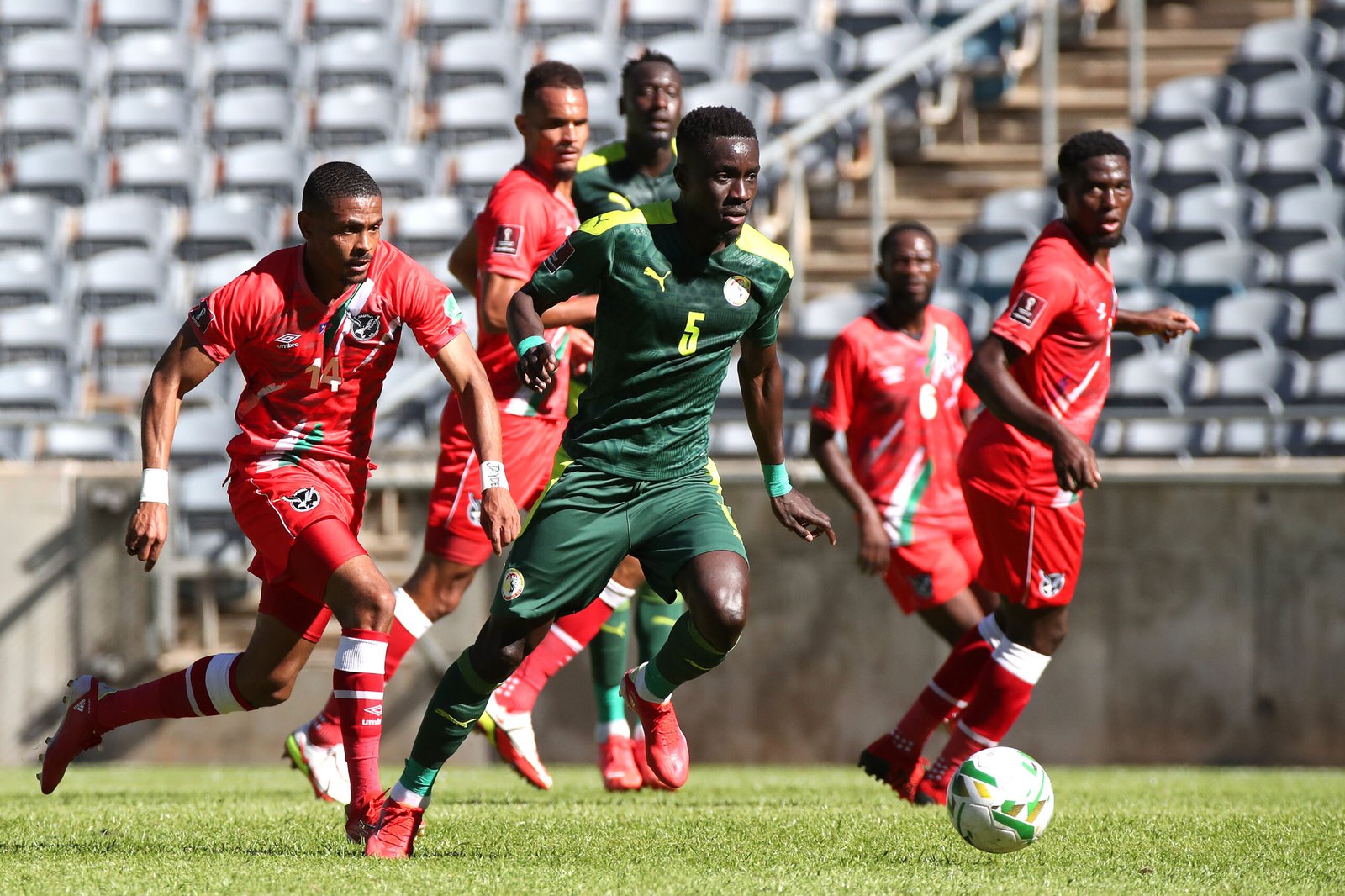 Idrissa Gueye of Senegal on the attack during the Qatar 2022 FIFA World Cup qualifier between Namibia and Senegal held at the Orlando Stadium in Johannesburg, South Africa on 12 October 2021 © Gavin Barker/BackpagePix

Arsenal forward Thomas Partey scored the lone goal with a well taken freekick from the edge of the box to send his side to nine points on top of the standings, two ahead of South Africa.

Partey struck the vital goal in the 31st minute when his effort curled over the wall and caught keeper Talbert Shumba off guard. Prior to that, Ghana had come close twice, first Kamal Deen Sulemana wriggling his way into the box from the left but his shot was saved.

Mohamed Kudus also had an effort from distance, but it flew inches wide.

Zimbabwe tried to push themselves back into the game in the second half, but Ghana were tactically disciplined and guarded the single goal advantage.

With two rounds of matches left, Zimbabwe are out of contention with only a point from four matches.