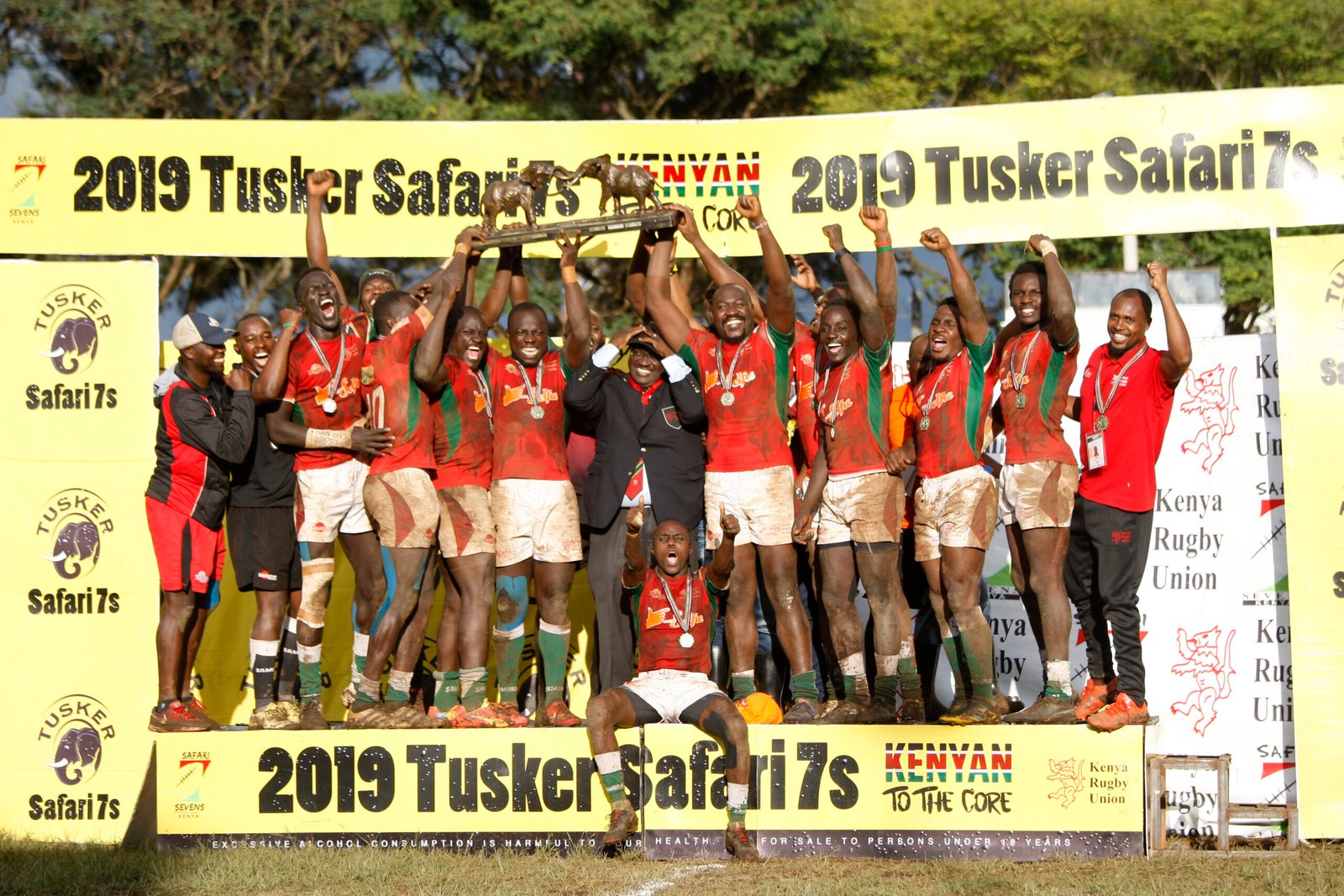 The highly anticipated Safari Sevens rugby tournament returns this year after being cancelled last year at the advent of the COVID-19 pandemic.

The annual tournament had initially scheduled to be played behind closed doors but after the Ministry of Sports okayed the return of fans to the stadia, the annual rugby festival is expected to return to its bubbly self.

Defending champions Kenya Morans will look to successfully defend the title, having zoomed to victory in the last edition in 2019, beating South Africa 7s in a thrilling final at the RFUEA Ground.

The Kenya Morans were regarded as Kenya’s second tier team but went all the way to clinch the crown, with the first team, Shujaa, finishing third after losing to the South Africans in the semi-finals.

Shujaa have however been seeded top for this year’s showpiece. Most of the players who played for the Morans in 2019 are now part of the Kenyan main team.

Shujaa drawn in Pool A alongside Zimbabwe, Germany and Nigerian side Stallion 7s. They will get their campaign started on Saturday morning against Uganda’s Stallions.

Mike Okello, Fred Okoth and Tony Owuor will be the other Kenyan players turning out for Samurai and coached by Welsh tactician Nick Wakley.

At the same time, defending champions Kenya Morans will be in Pool C where they have been drawn with Uganda, Spain and Kenya Cup champions KCB. Morans will start their title defense against local side KCB.

The top two sides from each pool as well as the best two third-placed finishers will advance to the Cup quarter-finals on Sunday as they seek to lay their hands on the overall title. 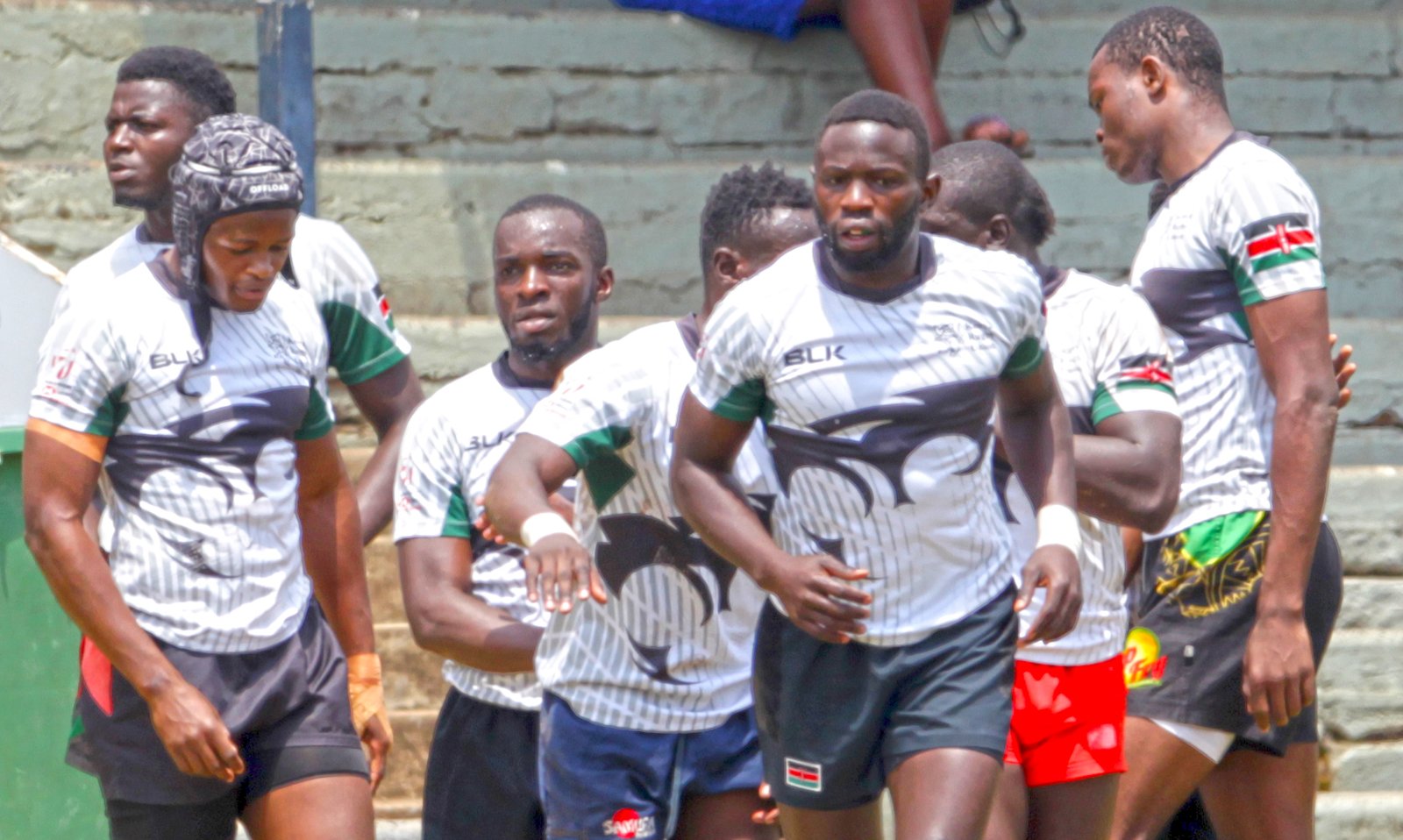 The Kenya Sevens team in training.

Meanwhile, the women’s tournament has attracted five teams and will be played on a round-robin basis. Kenya will field two teams with Zimbabwe, Uganda and South Africa’s Titans Rugby Academy rounding off the field.

Age grade and veterans rugby will act as the curtain-raiser for the 2021 edition of the tournament on Friday at the Nyayo National Stadium.

The age-grade competition will see action in the U12 and U14 mixed-tag rugby categories. Both the U12 and the U14 categories will have four pools of four teams each.

Pool A in the U12 category has Little Princes, Ole Polos, Bulbul, and St. Austins while Pool B has Jamhuri, Eagles Ruaka, Creima, and Kibera Golden Stars. Eagles Racecourse, Central, Matasia, and Nanyuki make up Pool C with Happy Time Runda, Mukuru, Shamas, and Runda rounding off Pool D.

In the U14 category, Chrisco, Ngong, Oloishobor, and Shamas feature in Pool A with Central, Runda, Mukuru, and Kibera Golden Stars coming up in Pool B. Toi Primary, Bulbul, Ngong, and Nanyuki battle it out in Pool C as Matasia, Kitengela, St. Austins, and Runda play in Pool D.

Veterans Pool A has Mwamba, KCB, and Blak Blad while Pool B has Nondescripts, Kenya Harlequin, and BATUK, with Impala being on standby.

The first two teams in each of the pools for the veterans will proceed to the semifinals, with the last-placed teams in the pools dropping to the plate final.