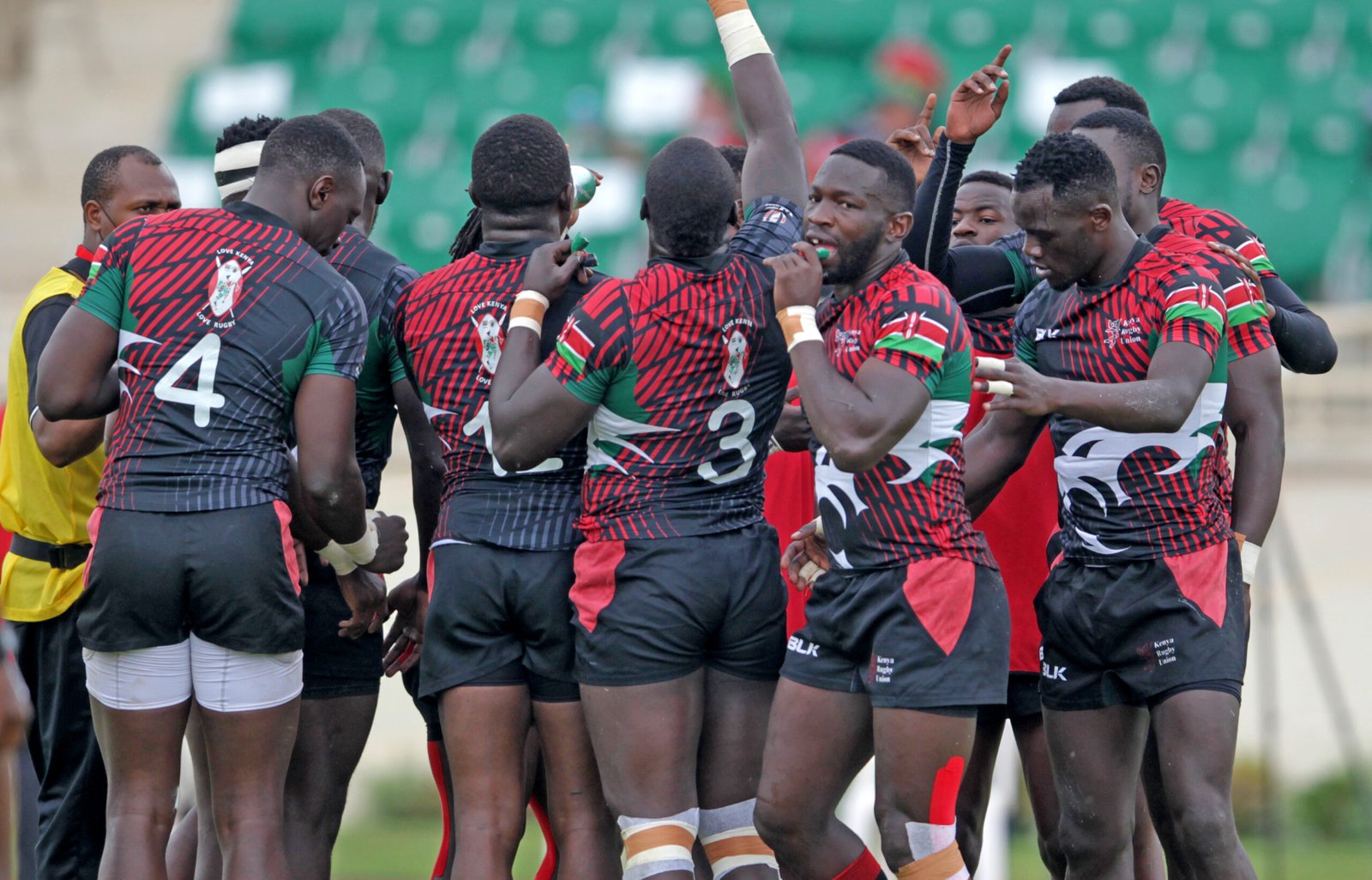 The Kenyan national team pair of Morans and Shujaa as well as Kenya Cup winners KCB have all progressed to the Main Cup quarter finals at the Safari Sevens.

Shujaa and KCB finished second in their respective groups while Morans squeezed into the Cup quarters as one of the two best placed number three teams.

Morans, the defending champions from the last edition in 2019 will face off with a star-studded Samurai while the main team, Shujaa, will take on neighbours Uganda in the other Cup quarter final tie.

KCB have been paired against Red Wailers while Zimbabwe take on Germany in the fourth Cup quarter of the day.

Morans posted two wins and a loss, same results as the Shujaa.

“It was a positive day one but we have so many things to work on. We still need to be tighter in possession and incisive moving forward,” Kenya’s head coach Innocent ‘Namcos’ Simiyu commented after the opening day.

Shujaa were off to a powerful start in the tournament, sinking Shujaa Nigeria’s Stallion by a whooping 60-0 score-line.

However, Shujaa could not maintain the momentum as they suffered a slim 14-12 loss at the hands of Germany in their second match.

With a place in the Cup at threat, Simiyu’s charges bounced back in the third game of the day, knocking off Zimbabwe 26-5. Johnstone Olindi went over twice with Marube and skipper Humwa dotted down once each.

Germany meanwhile topped the group after winning all their matches, beating Zimbabwe 17-15 and thrashing Stallions 60-5 to add on to the win from Kenya. 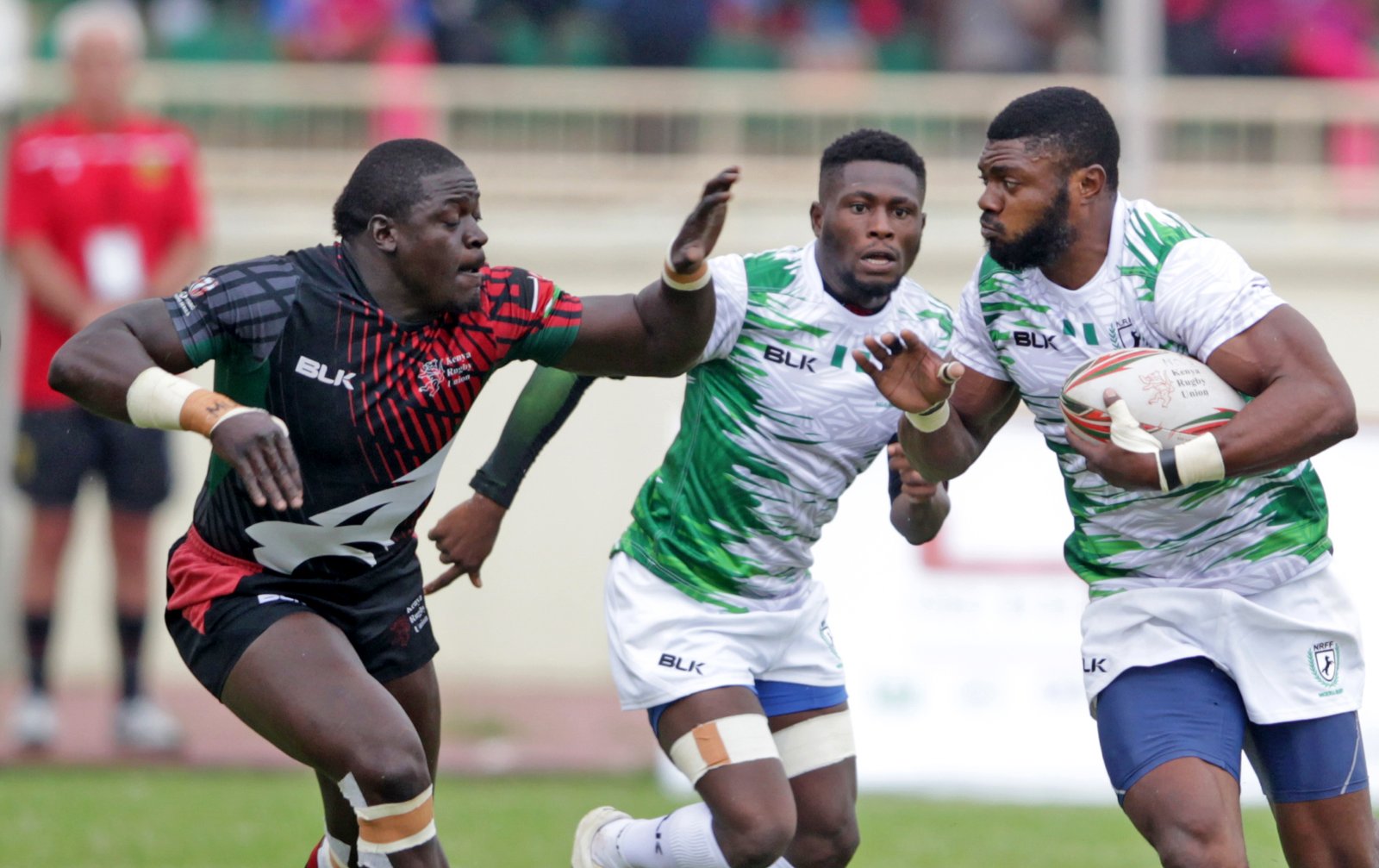 Morans, Kenya’s second tier team, finished third in their group with a win, a draw and a loss, sharing points with KCB who finished second, but the latter had a better points difference.

They started off their day with a 24-0 losss against Uganda, but they revitalized  their hopes for a Main Cup quarters ticket with a well worked 31-21 victory over Spain. Kenya’s second tier team played to a 12-12 draw with KCB but had to wait till the last games of the group round to know whether they squeezed through.

The bankers meanwhile posted a 14-12 win over Spain, lost 19-14 to Uganda before picking the draw against the Morans.

In Pool B, Samurai who boast of retired Shujaa captain Andrew Amonde and speedstar Collins Injera finished top of their group with a 100pc record after winning all their matches. Samurai beat SA All Stars Sevens Academy 31-12, thrashed Kenya’s Under-20 side Chipu 38-7 and hit Red Wailers 40-0.

Chipu finished bottom of the group after losing all their matches. They were also defeated 17-7 by Red Wailers and lost by a very slim margin to SA All Stars, going down 22-21.

Meanwhile in the women’s competition, the Kenya Lionesses main team won all their matches, beating Titans 38-7 and Zimbabwe 46-0.