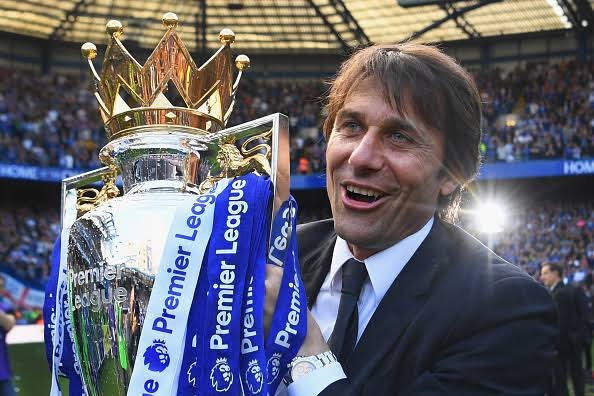 Days after the takeover of Newcastle United was confirmed, current manager Steve Bruce admitted he would not be surprised to lose his job to a new manager in the coming monghs.

Bruce, a former Manchester United defender has rarely been too popular in his two years at St James’ Park, and with Saudi Arabia’s Public Investment Fund (PIF) and their astonishing financial might now in control of things at St James’ Park, fans are expecting a more high-profile candidate to lead the first team.

While Bruce is expected to have talks with the new owners next week, there are suggestions he could leave his role before the home game with Tottenham on October 17. 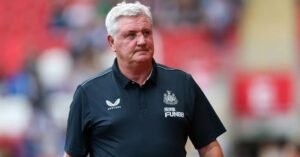 Who might be chosen to lead the Magpies into their new era of promise? Stats Perform looks at some of the favourites.

Having left Inter at the end of last season, Conte represents an ideal choice for Newcastle: an elite coach with Premier League experience who is presently a free agent.

Conte won the 2016-17 Premier League title with Chelsea and the FA Cup the following year. He won 50 of his first 73 games in charge in England’s top flight, a record bettered only by Jose Mourinho (50 wins in 63) and Pep Guardiola (50 wins in 69) at the time.

The Italian then ended Inter’s decade-long wait for the Scudetto before walking out before this season, highlighting the risk that comes with appointing such a volatile coach. Still, back his demands in the transfer market and it will usually pay dividends in the short term. If Newcastle’s owners are after a statement of intent, there are not too many better candidates.

Rodgers was tipped for the Tottenham job when Mourinho left but was apparently committed to Leicester City. However, recent reports have suggested he could be tempted by the project now developing at Newcastle.

The former Liverpool boss has done extremely well with Leicester, with back-to-back fifth-place finishes in the league and a brilliant FA Cup triumph last term, but he has perhaps taken the Foxes as far as he realistically can. Indeed, while fifth place cannot be snubbed at, Leicester held a spot in the top four for the majority of the previous two seasons, while they have had an indifferent start to this term. 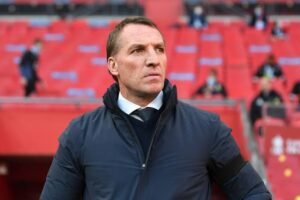 Rodgers would also offer Newcastle fans the kind of attractive football they will be craving for the new era.

According to reports, Gerrard is keeping a close eye on developments at St James’ Park and would be a welcome choice among supporters given his pedigree as a Premier League player.

Last season, the ex-Liverpool captain led Rangers to the Scottish title without losing a single game, and they are on course to defend that crown after a promising start to 2021-22.

Gerrard would be more of a gamble than some of the more experienced candidates, but he has arguably earned the opportunity.

Barcelona were said to be trying to work out how they could afford to replace Ronald Koeman with Martinez last month, although the former is keeping his job for now.

After watching Belgium give up a 2-0 lead to lose to France in the Nations League semi-finals, a deeply frustrated Martinez accused his side of throwing away five years of work, adding fuel to rumours that he feels his time with the Red Devils is coming to an end. 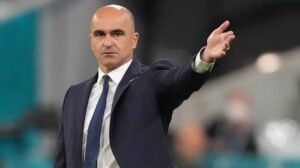 Martinez sprung a shock by winning the FA Cup with Wigan Athletic in 2013, although his commitment to attacking football could not keep them in the division and his Everton spell ended in disappointment after an initially bright start. But he said only this week to Goal that his ideal next job was a long-term project and that it “doesn’t matter where it might be in the world”.

Despite being considered for the Celtic job, Howe surprisingly remains unattached since leaving Bournemouth, the club he helped to lead from England’s fourth tier to the Premier League.

Like Martinez, Howe won praise for the attractive football he was able to coax out of relatively unheralded players, although he too could not quite master the balance between positive play and defensive discipline, with Bournemouth relegated in 2019-20.

There was also criticism of Bournemouth’s transfer spending during Howe’s time in the Premier League: Dominic Solanke, signed for roughly £19m from Liverpool in 2019, only scored three times in 42 appearances in the top flight (although his Championship form since has been much improved).

The return of Benitez would undoubtedly be welcomed by Newcastle fans, who generally hold him in high esteem following his three years at the club before his move to China.

Despite failing to save them from relegation in 2016-17, the Spaniard was considered a top-drawer coach who was hamstrung by the ownership of Mike Ashley and a lack of significant investment in the squad. After winning the Championship in 2017, Newcastle finished 10th in their first season back in the top flight but only 13th in the following two campaigns.

Prising him away from Everton would be neither easy nor cheap, but his experience of winning big trophies and his relationship with the supporters would arguably make him the most popular choice as manager.

With the January transfer window looming, everyone is eager to know what the first signing under the new ownership will the Magpies make but a new manager is definitely a Must do for the new owners.