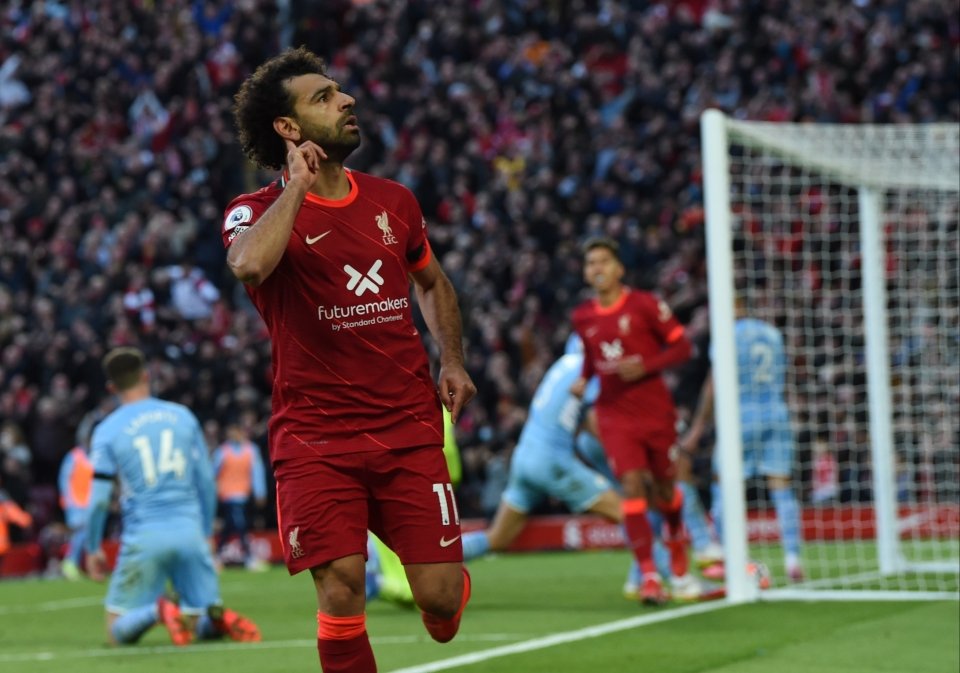 English Premier League side Liverpool FC will auction the jerseys they used during last weekend’s League match against Manchester City, with the proceeds going towards charity.

This is an initiative by the club’s sponsors Standard Chartered who have an agreement with the club to swap the Bank’s brand in front of their jerseys for one charitable course every season. Last season, they swapped the Bank’s name with the ‘Seeing is believing’ message which is aimed at creating awareness over eyesight problems in Africa.

Standard Chartered swapped out its logo on the players’ shirts for the ‘Futuremakers by Standard Chartered’ logo during the Manchester City game which ended in a pulsating 2-2 draw at Anfield.

For the first time, the Women’s Team will also swap the Bank’s brand for this during their Barclays Women’s Super League match against Aston Villa Women on October 13. 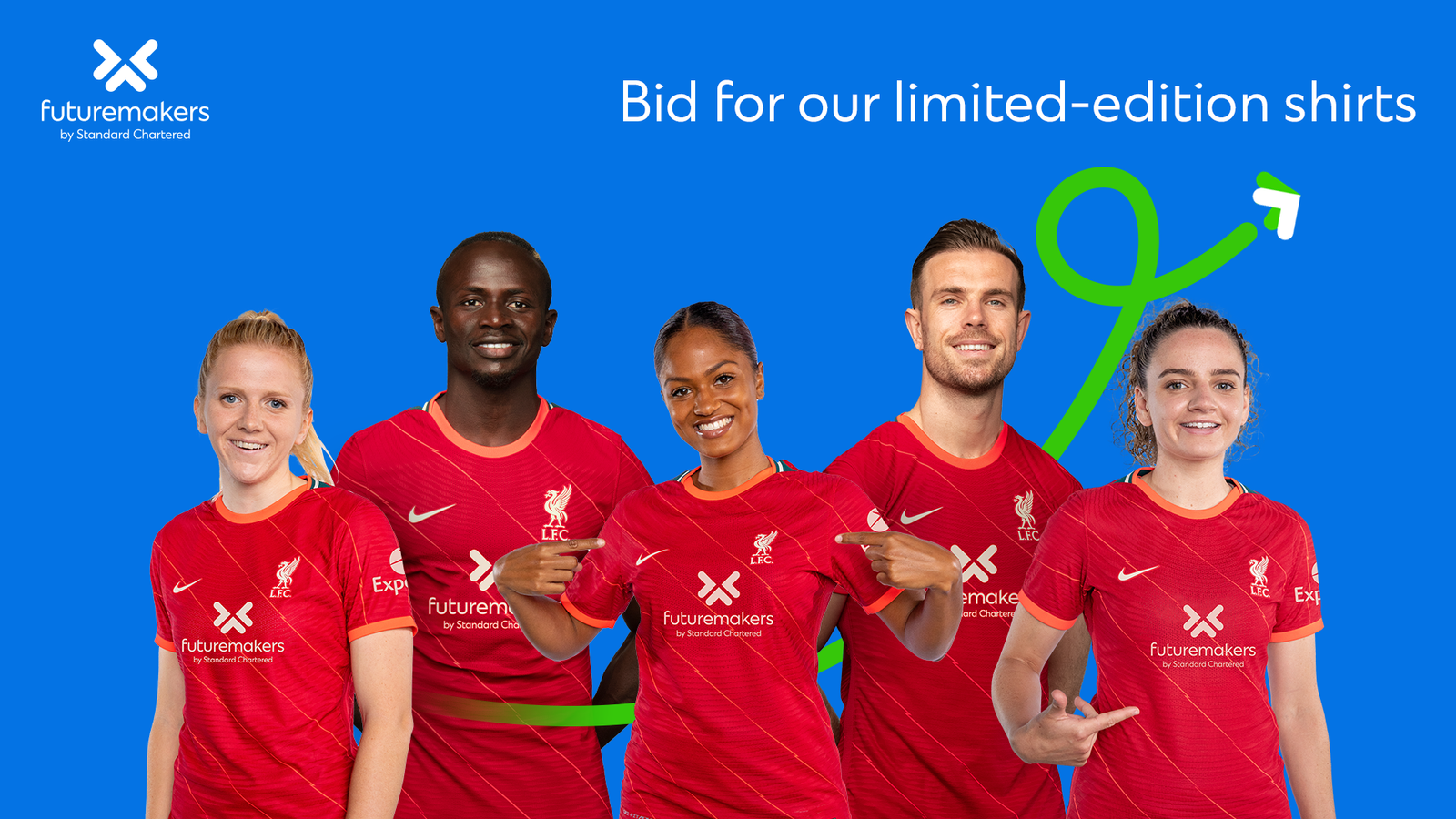 This is also the first time Standard Chartered is working with the LFC Women’s team on the logo swap, marking a significant moment for the women’s team to leverage their influence as a force for good.

Standard Chartered and LFC first came together to kick-off their Perfect Match logo swap initiative for charity in 2012. The logo swap carries on as a standing tradition each season to raise awareness for important causes and support individuals in need.

“Wearing the Futuremakers logo on our shirts this week is extra meaningful. As professional football players, it’s not only what we do on the pitch that influences people, what we do off the pitch is important too,” said Sadio Mané, who recently celebrated his 100th goal for LFC.

“My community gave me the support I needed to get where I am today, and it’s important to give back and pay it forward. I hope fans will bid for our shirts and we can raise the much-needed funds for the young people in need around the world.”

This season’s campaign pays homage to the mentors who have inspired the players. Missy Bo Kearns, who was named the Standard Chartered Women’s Player of the Season for 2020-21, said this of her mentor, professional boxer Liam Smith.

“I remember there was a fight where you got cut early in the bout, but you had an attitude that said, ‘You’re not beating me today!’. I use that in my football if I get a knock early in the game.”

“It is super special for us to have the Futuremakers by Standard Chartered logo on our shirts,” she continues. “Not just because it’s the first time the women’s team is participating in the logo swap, but also because this helps young women and girls to empower them with the tools they need to shape their own future.” 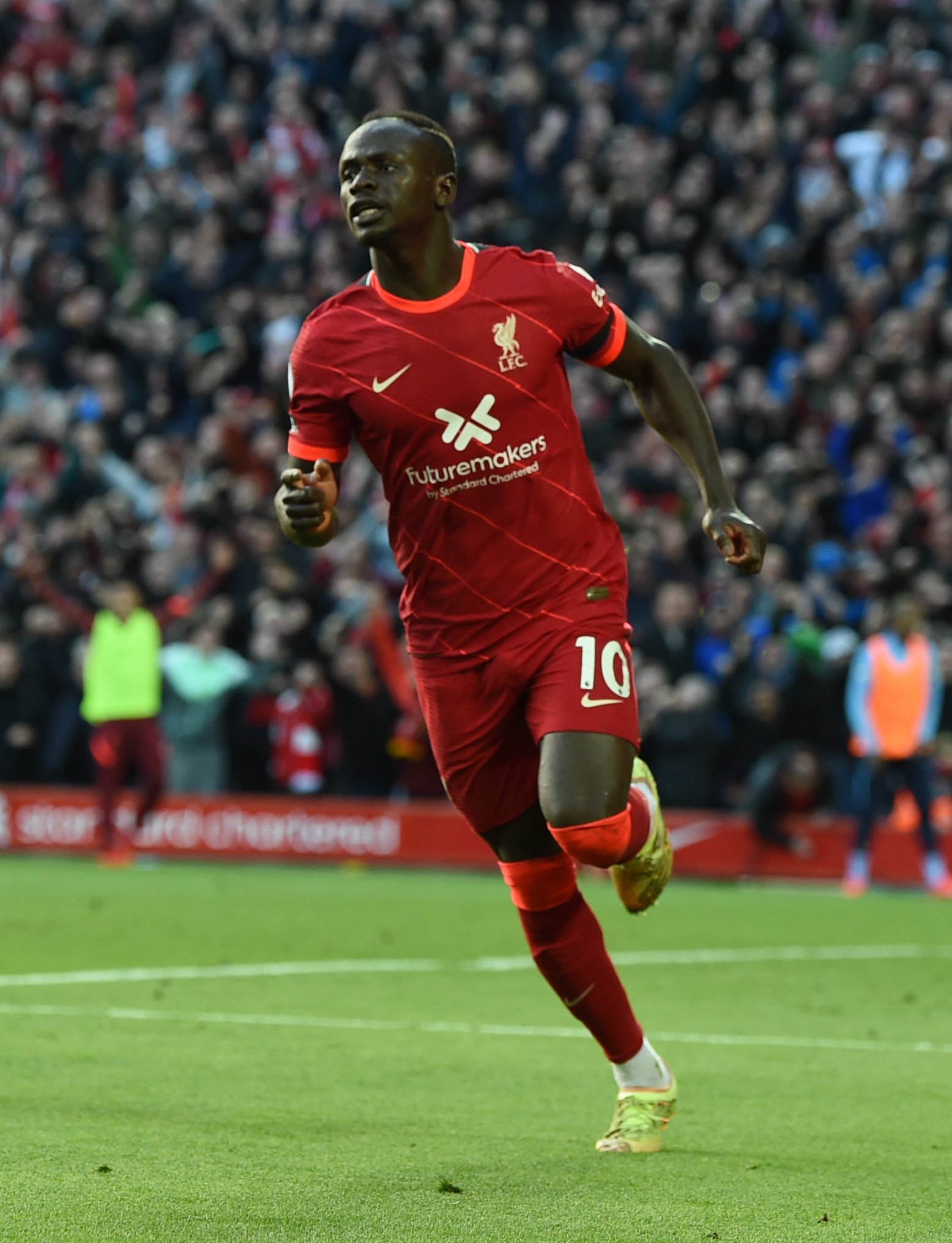 LIVERPOOL, ENGLAND – OCTOBER 03:(SUN OUT THE SUN ON SUNDAY OUT) Sadio Mane of Liverpool celebrates after scoring the first goal during the Premier League match between Liverpool and Manchester City at Anfield on October 03, 2021, in Liverpool, England. (Photo by John Powell/Liverpool FC via Getty Images)

Futuremakers by Standard Chartered is a global initiative that tackles inequality and promotes greater economic inclusion around the world. It supports disadvantaged young people, especially girls and people with visual impairments, to learn new skills and improve their chances of getting a job or starting their own business.

Claire Dixon, Group Head of Corporate Affairs, Brand and Marketing at Standard Chartered said: “We’re proud to work with Liverpool Football Club on another incredible initiative. This year is even more special because it’s the first time we are swapping logos on both the men’s and women’s team. We share the Club’s vision and values to help our communities flourish, which is why we look forward to seeing fans come together to support this critical cause and create a lasting impact on the communities we serve.”

Between 2019 to 2020, Futuremakers have supported more than 366,000 young people across 35 markets by empowering the next generation to learn, earn and grow. Standard Chartered set out to fundraise and donate a total of USD 75 million to Futuremakers between 2019 to 2023. Funds raised go to non-governmental organisations (NGOs) and charity partners to deliver Futuremakers programmes.

Between October 5-24 Standard Chartered will be auctioning off these LFC men’s and women’s signed, limited-edition Futuremakers shirts in pairs. Fans can get their hands on them by visiting www.charitystars.com/collection/lfc-futuremaker-20