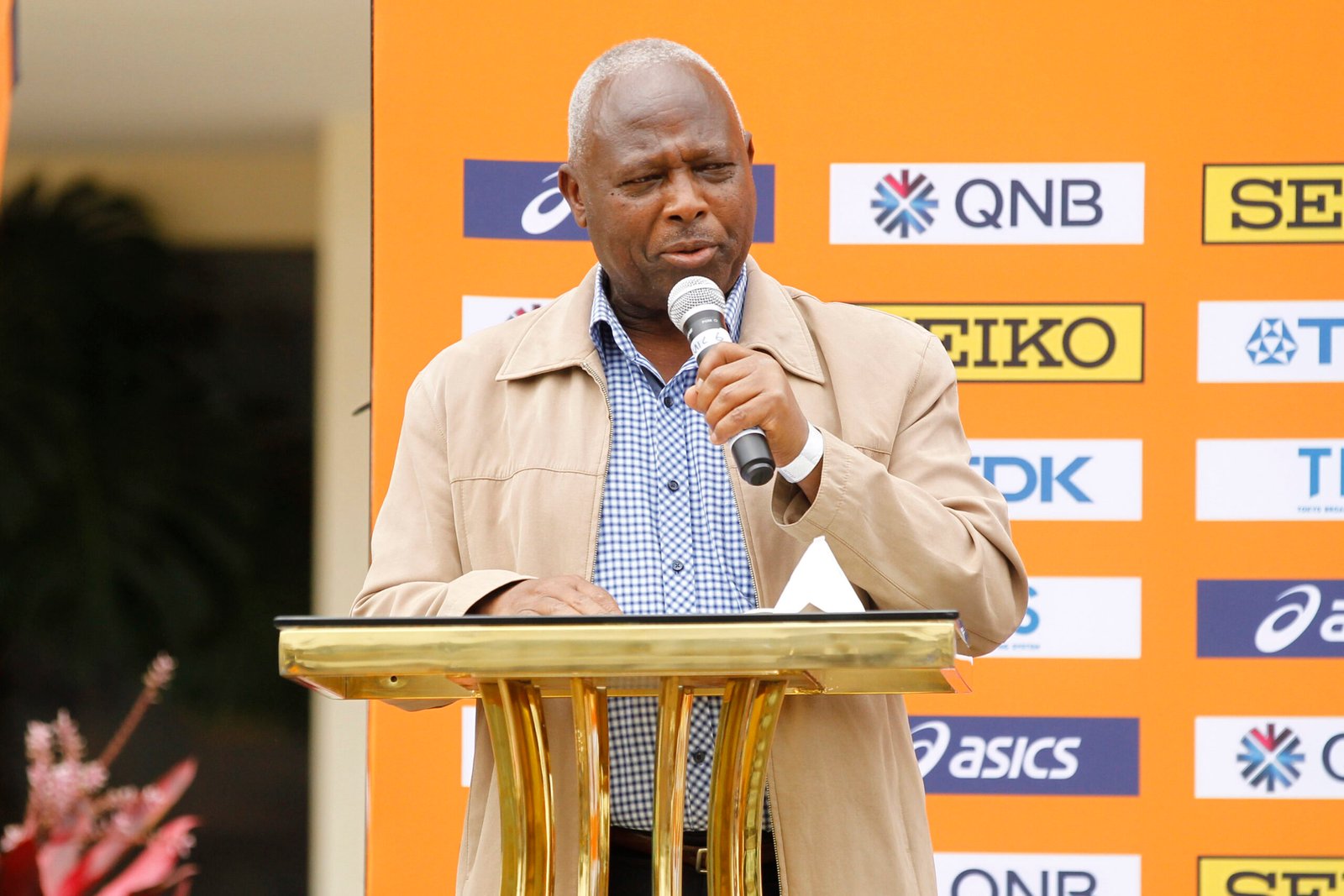 During the World Under-20 Championships held in August, Tuwei had said Kenya was mulling over the idea of bidding to host the senior championships and now, speaking to wire agency AFP, Tuwei has all but confirmed that Kenya has thrown it’s hat into the bidding process. 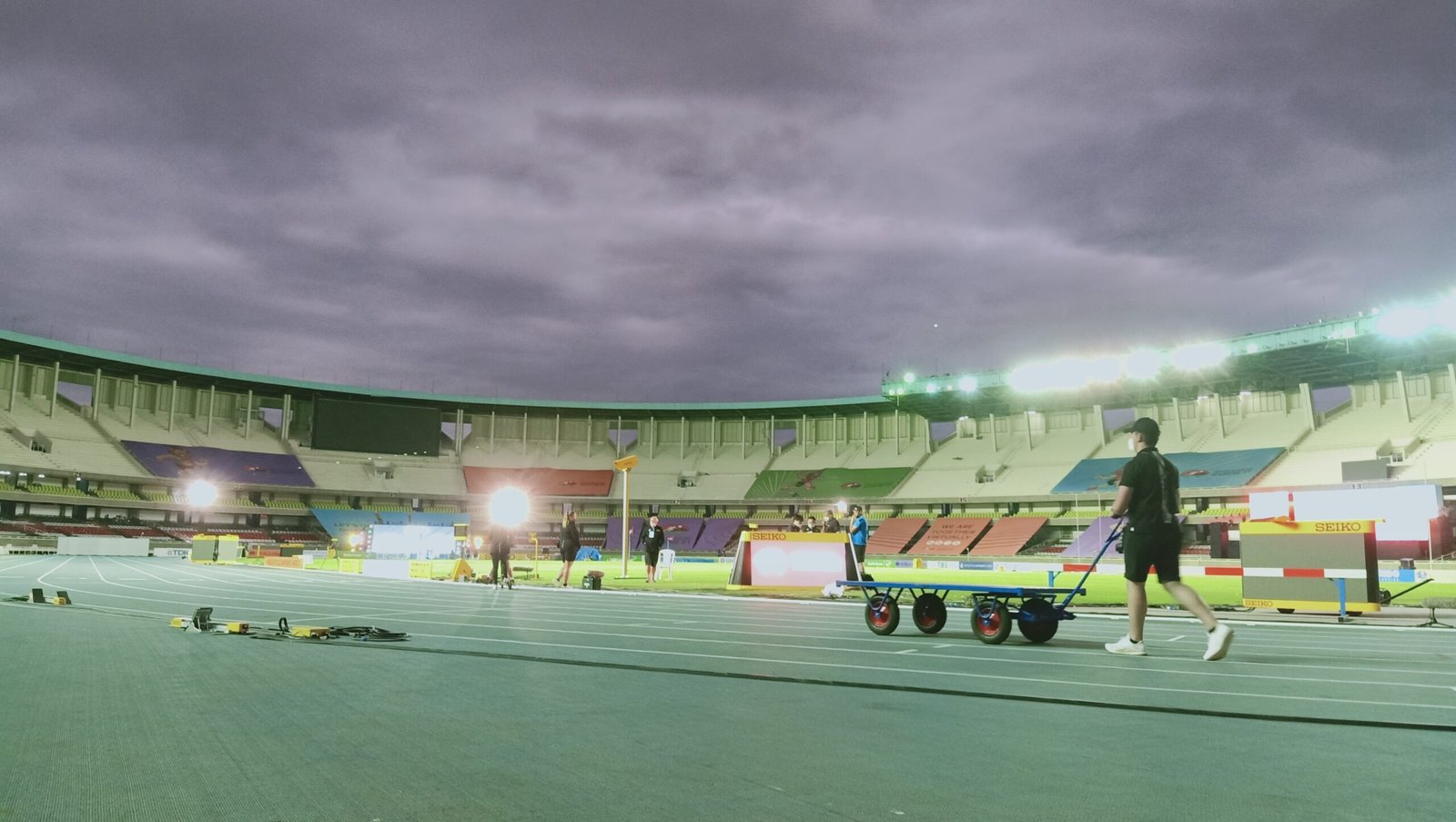 “We formally confirmed our bid to host the global championships on Friday October 1 which was the deadline set by World Athletics. We organised two very successful world junior championships at the Kasarani stadium in 2017 and in August 2021, where a number of world records and personal bests were realised,” he said.

Tuwei added; “We learnt a lot of lessons in staging both events, and realistically it is our time to bring the biggest event.”

If Kenya is successful, it will become the first time that Africa has hosted a senior athletics world championship.

During the 2019 World Championships in Doha, Sports Cabinet Secretary Amb Amina Mohamed had suggested Kenya would bid to host the senior event, having successfully hosted the Under-18 showpiece in 2017 and in August the Under-20 which was staged behind closed doors. 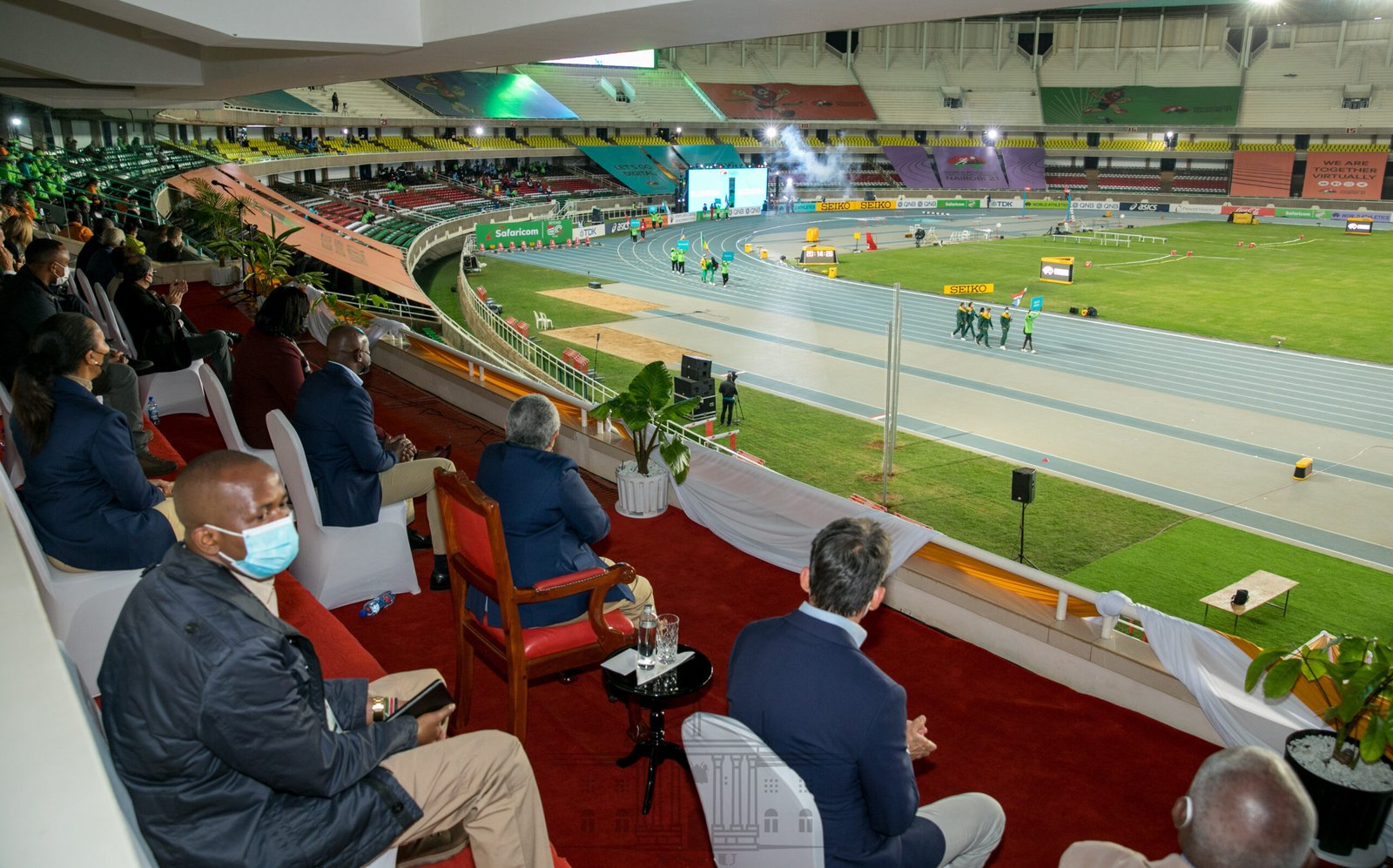 Dignitaries include Seb Coe at the World U20 Championship

World Athletics boss Seb Coe had earlier insisted he would welcome the idea of Kenya hosting the senior World Championships.

“I believe Kenya has shown the world what it can do with two very successful events hosted here in the last four years. I have always wanted a senior World Championship to be staged in Africa and I said this before I was elected and told it to my council as well that before my tenure ends, I would want a senior track event to be staged in Africa,” Coe said in a previous interview with SportsLeo.

Kenya hosted the World Under-18 in front of almost 60,000 fans on a daily basis in 2017, and Coe still has fond memories from that event. Due to COVID-19 restrictions though, the hugely successful Under-20 event was hosted behind closed doors.

“It would have been great if we had fans in here because I know what athletics means to the people of Kenya. I hope that when next we have a Championship we will have the massive and passionate crowd in,” Coe said then. 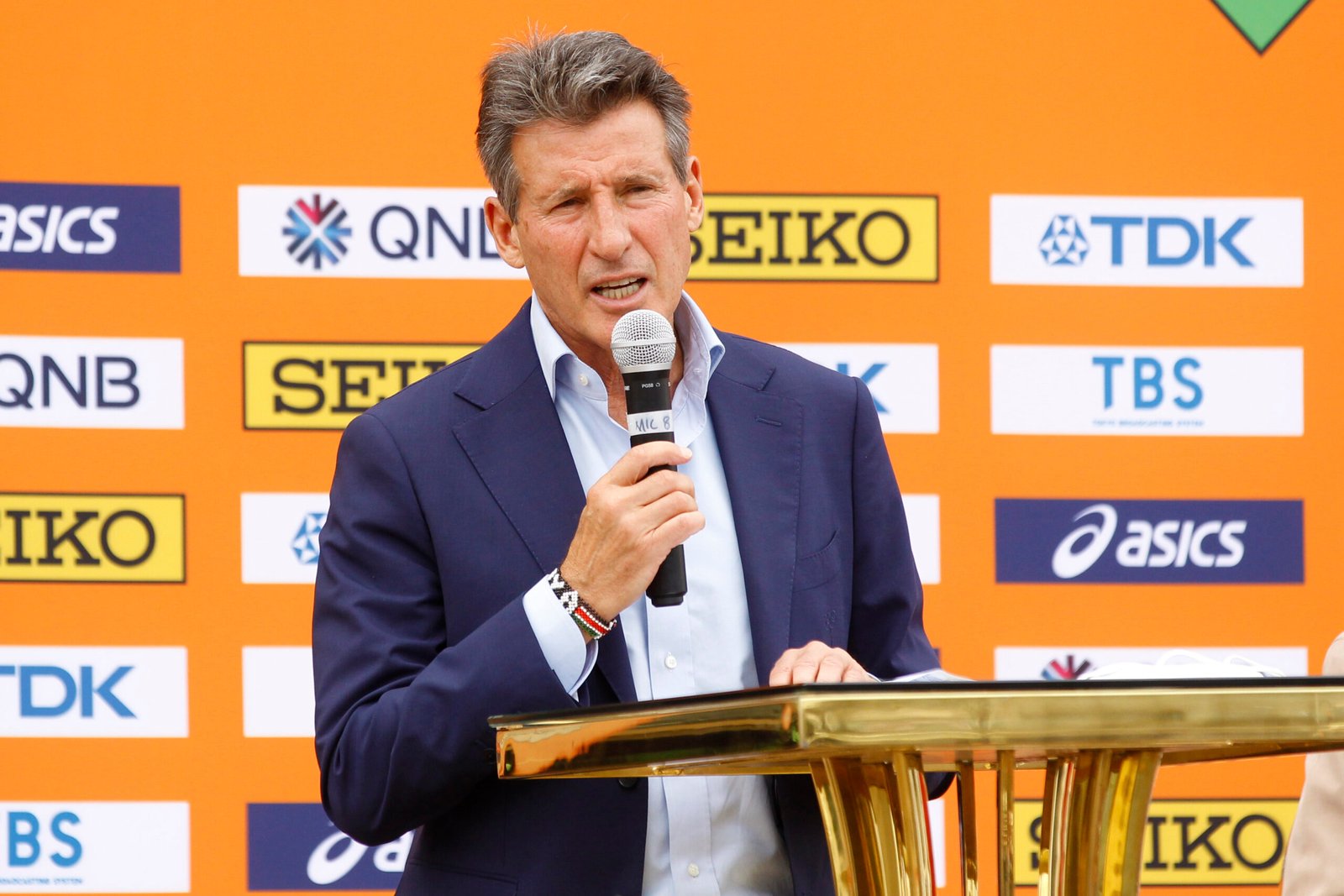 He added; “Kenya has everything needed but also it is a matter of putting everything together well and let’s see.”

Kenya has hosted various athletics event. In 2007, it hosted the World Cross Country Championship in Mombasa then hosted the African Senior Athletics Championships at the Nyayo National Stadium in 2010.

Last year, Kenya was handed a leg of the Continental Gold Tour which it hosted for a second time late last month with scintillating displays at the Moi Sports Centre Kasarani.

Meet Director Barnaba Korir reiterated that the successful hosting of the one-day meet will be key in convincing the world that Kenya can indeed host a world extravaganza.

“I think this is a sign that Kenya can host a big event. We successfully hosted the World U20 then barely a month later, we have a very successful Continental Gold Tour meet. It would be great for Kenyan and African athletics if we had a senior track championship come to Nairobi,” Korir said. 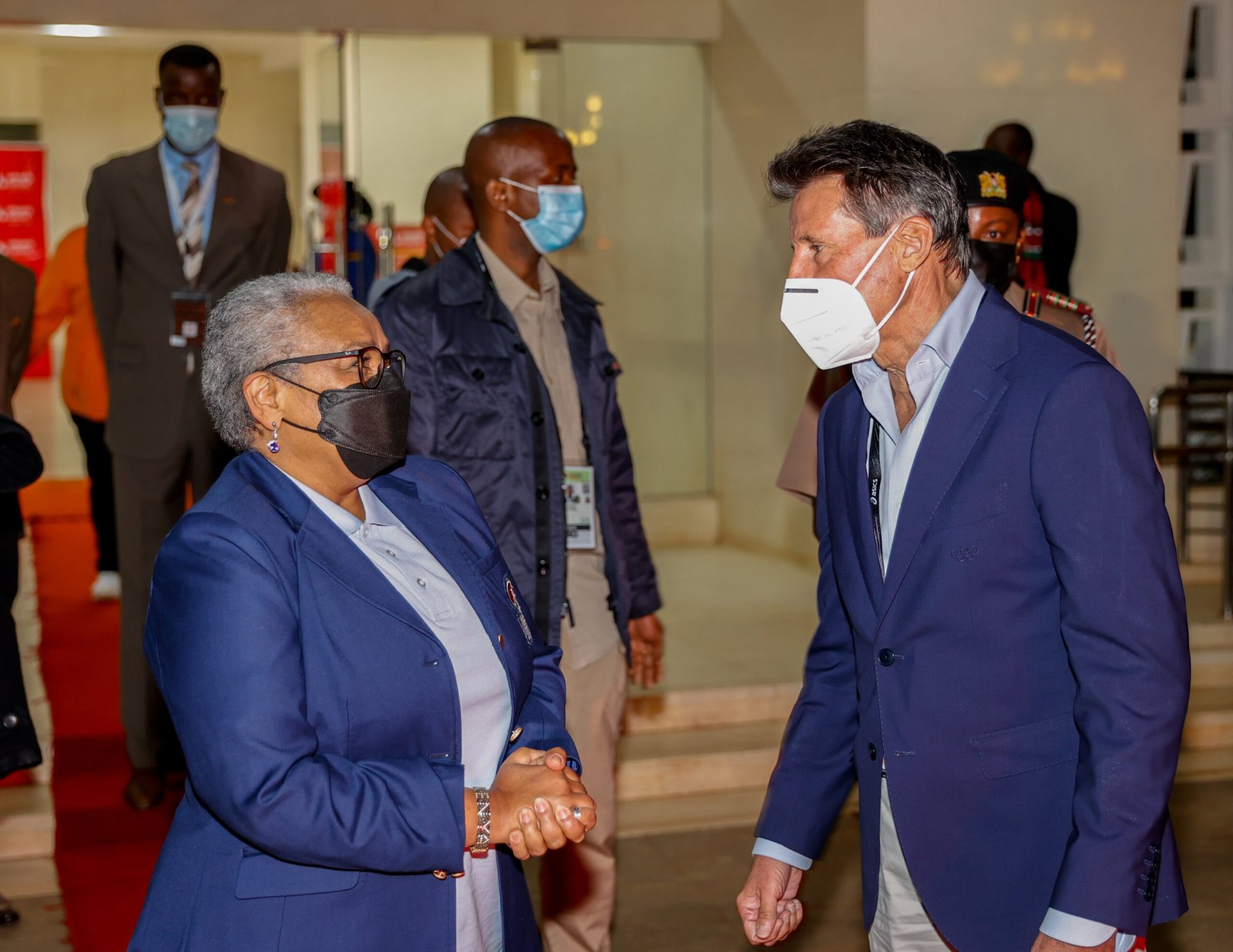 The next steps will now be the competitive lobbying of all Member Associations to sway in kenya’s way. The Government is said to be keen on hosting the senior World Event.

If successful, this will be another positive feather in Kenya’s sporting resume, having also been handed hosting rights of the World Championship Safari Rally for the next five years, a leg of the Sunshine and European Golf Tours as well.