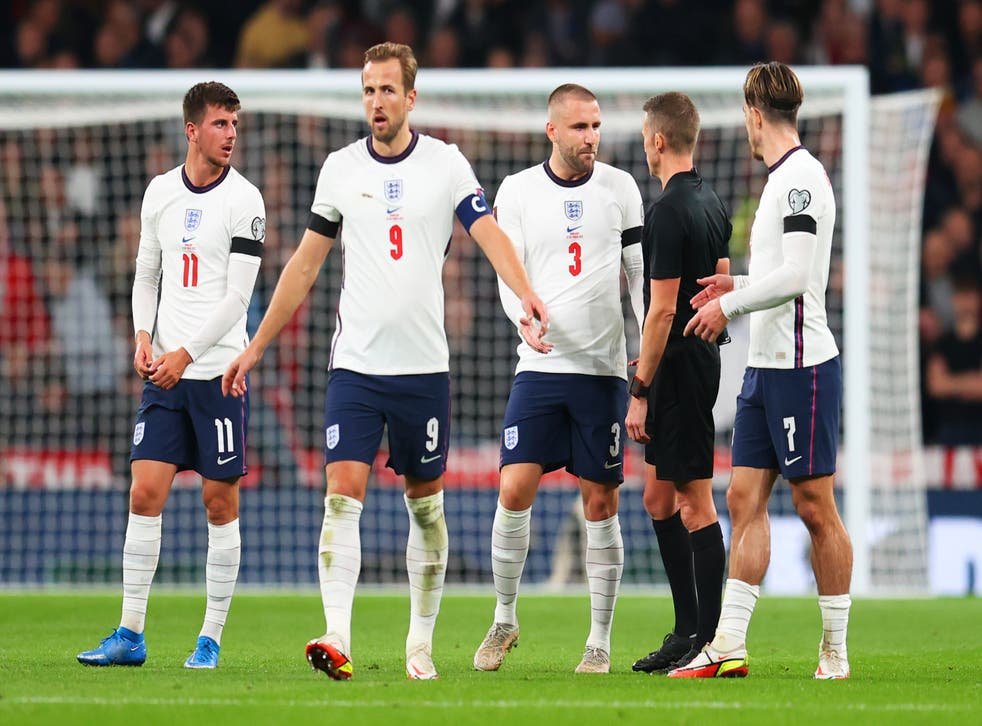 When England fans read the lineup Gareth Southgate had fielded for the Three Lions’ World Cup qualifier against Hungary on Tuesday evening, there seemed to be one agreement among the England fanbase – that the England line-up was really attack-minded.

West Ham midfielder Declan Rice would be playing in a one-man pivot behind the prolific attacking talent of Mason Mount, Phil Foden, Jack Grealish, Raheem Sterling and Harry Kane who have three Ballon d’Or nominations this year between them, while the remaining two cost Manchester City a combined £150m.

Southgate’s side have become known on the pitch for their pragmatism and street-smarts beyond their young years, rather than their attacking talents. Despite receiving criticism in the EURO 2020, they came close to winning the tournament, falling in the finals in the penalty shootouts, while Southgate said pre-match that every selection he makes seems criminal some way or another. 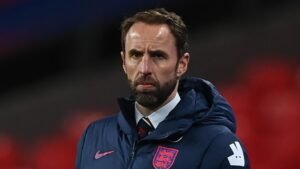 Even after a less impressive group stage, Southgate stuck to his guns and kept England playing safely. It got them to the final, but after Italy were given the freedom to get back into the game, ultimately cost them the trophy.

Since that dark day at Wembley, Southgate has been thinking how to find another way for England to evolve, to ensure they head to the 2022 World Cup as one of the deserving favourites.

His most fun trial came on Saturday night, deploying Foden in a ‘quarterback’ role against Andorra, letting him dictate play from deep in order to unlock a deep defense block.

That win was followed by this humiliating 1-1 draw at home to Hungary, despite the embarrassment of riches England’s attack. 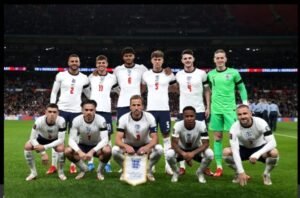 England squad that faced Hungray at Wembley on Tuesday night. The match ended on a 1-1 draw.
| PHOTO: Courtesy |

Southgate is a principled man, as demonstrated by the way he handles his players. He’s a good kind of stubborn and yet also willing to learn and change for the better, which is why this tactical change felt so out of character and not in-keeping with what his England side are about.

This lot of current England players is insanely talented, particularly in attacking areas, we all know that. There’s a really good chance that they will reach more finals together over the next decade, perhaps even win a major tournament. But you don’t have to play all of your hands at once.

It wouldn’t be a good idea to suggest that it’s as hard to fit Grealish, Mount and Foden in the same team as it was with Steven Gerrard and Frank Lampard. The problem now is you have to build around three players – none of whom are the best in the team – rather than two.

It took Southgate a long time to trust Grealish – remember when people were saying that Mount was the boss’ son because he kept getting the call up? The former Aston Villa man excelled in this England setup from the bench, particularly at Euro 2020, but there’s been little to suggest he is deserving of a place in the starting 11.

It’s not all their fault, obviously. There’s only a certain number of attack-minded players an international manager can get the best out of in the short time he sees them.

The good news is there’s still over a year to go for Southgate to iron out these kinks and flaws, to perfect a winning machine and settle on a preferred pool of players as he did for the Euros. The bad news is we might not be able to enjoy watching the process develop.

Should Southgate learn how to balance his side well, then no doubt he will have one of the best teams heading to the 2022 FIFA World Cup set to take place in Qatar.