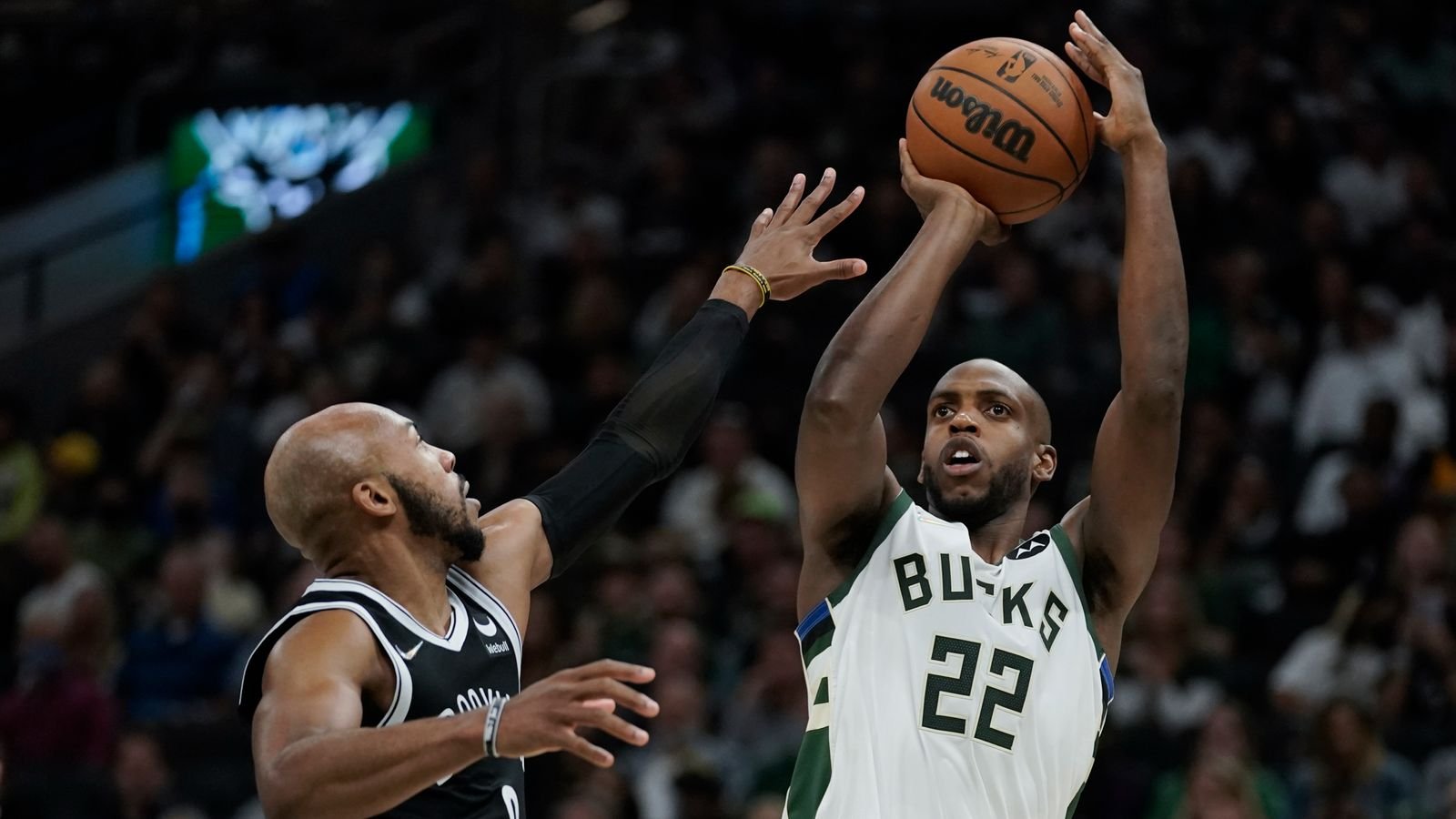 As he collected his 2021 Championship ring on the opening night, Milwaukee Bucks star-man Giannis Antetokounmpo reminded the Brooklyn Nets just who are the champions and who are kings of the Eastern conference as they began the journey of defending their title by cruising past Nets with a 127-104 win.

Although Giannis looked clumsy at first, missing easy shots around the basket in the first quarter before struggling for the offensive rebounds and putting them back at the second or third attempt, the NBA reigning MVP grew into the game and dominated the play without ever really needing to move up a gear. 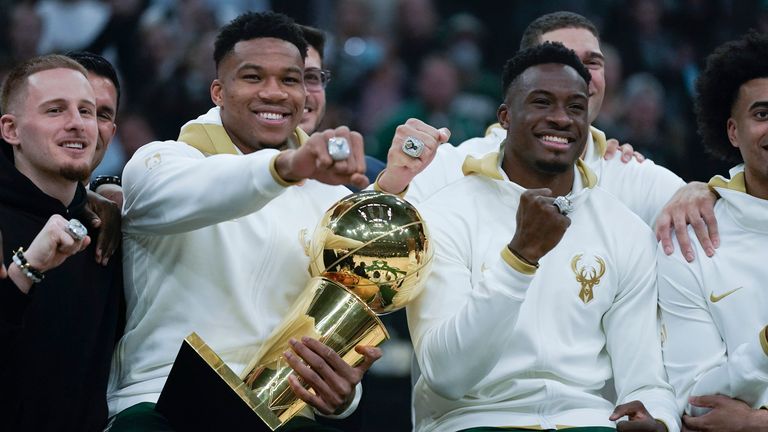 Milwaukee Bucks players (From left) Donte DiVincenzo, Giannis Antetokounmpo, Thanasis Antetokounmpo, and Jordan Nwora show off their Championship rings before the start of the match against the Brooklyn Nets. | PHOTO: Courtesy |

There were highlight plays because of course there were, this is the Greek Freak after all, but most of Antetokounmpo’s 32 points, 14 rebounds, and seven assists came easily. A slow, methodical kind of destruction of a Nets team that had no answer for the Bucks’ reigning Finals MVP.

The final score was maybe a replica of how the second half was played after the Nets went in at half-time behind by only seven points. After the break, however, they simply failed to match the intensity of a Bucks team that had contributions from all comers, including an outstanding game from Jordan Nwora who recorded 15 points, 6 rebounds, and one huge block on Kevin Durant who was a G-League player last season.

In contrast, Brooklyn was oddly subdued, with only the red-hot shooting of new signing Patty Mills who managed 21 points, 7-7 from deep, a positive from a contest in which they were outplayed from start to finish. Without Kyrie Irving, Mills will have to maintain this kind of FIBA form as the first man off the bench for Brooklyn.

Durant on his hand managed 32 points, 11 rebounds, four assists for the Nets but never really took over the game in the same manner as Antetokounmpo, who dominated the glass without breaking a sweat and terrified Brooklyn’s frontcourt pairing of Nic Claxton and Blake Griffin at both baskets. 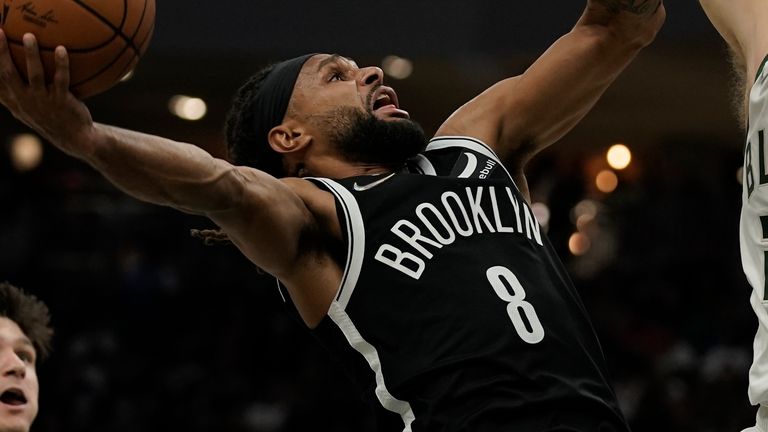 Milwaukee Bucks dominated the proceedings from the first minute of the match. | PHOTO: Courtesy |

There was one staggering block on Claxton early in the first quarter which seemed to shake the 22-year-old center for the rest of the game, causing him to finish Harden’s frequent lob passes with slightly more unsettled than The Beard would have liked for the remainder of the game.

The huge difference for the Bucks, other than bragging the number one player in the league, was their superior shot quantity and selection. They took 105 field goals compared to Brooklyn’s 84, a result of the Nets’ 12 turnovers and Milwaukee’s unrelenting defense, with almost all of them coming from the three-point line or near the basket.

Only Khris Middleton who had 20 points, nine rebounds, and three assists, seemed to have the green light to fire from there as the Bucks hunted efficient shots wherever they could find them.

Due to a heel injury sustained by starting point guard Jrue Holiday, sixth man Pat Connaughton was forced into 30 minutes of action and duly delivered, pouring in 20 points and flying around the court with trademark vigor.

Giannis’ brother, Thanasis Antetokounmpo, meanwhile, was quieter in the box score but played with more ferocity in his 12 minutes of court time than all of the Nets players combined.

Bucks’ fans will surely be expecting a lot from their team if they will continue with the intensity they started this morning against Brooklyn Nets.