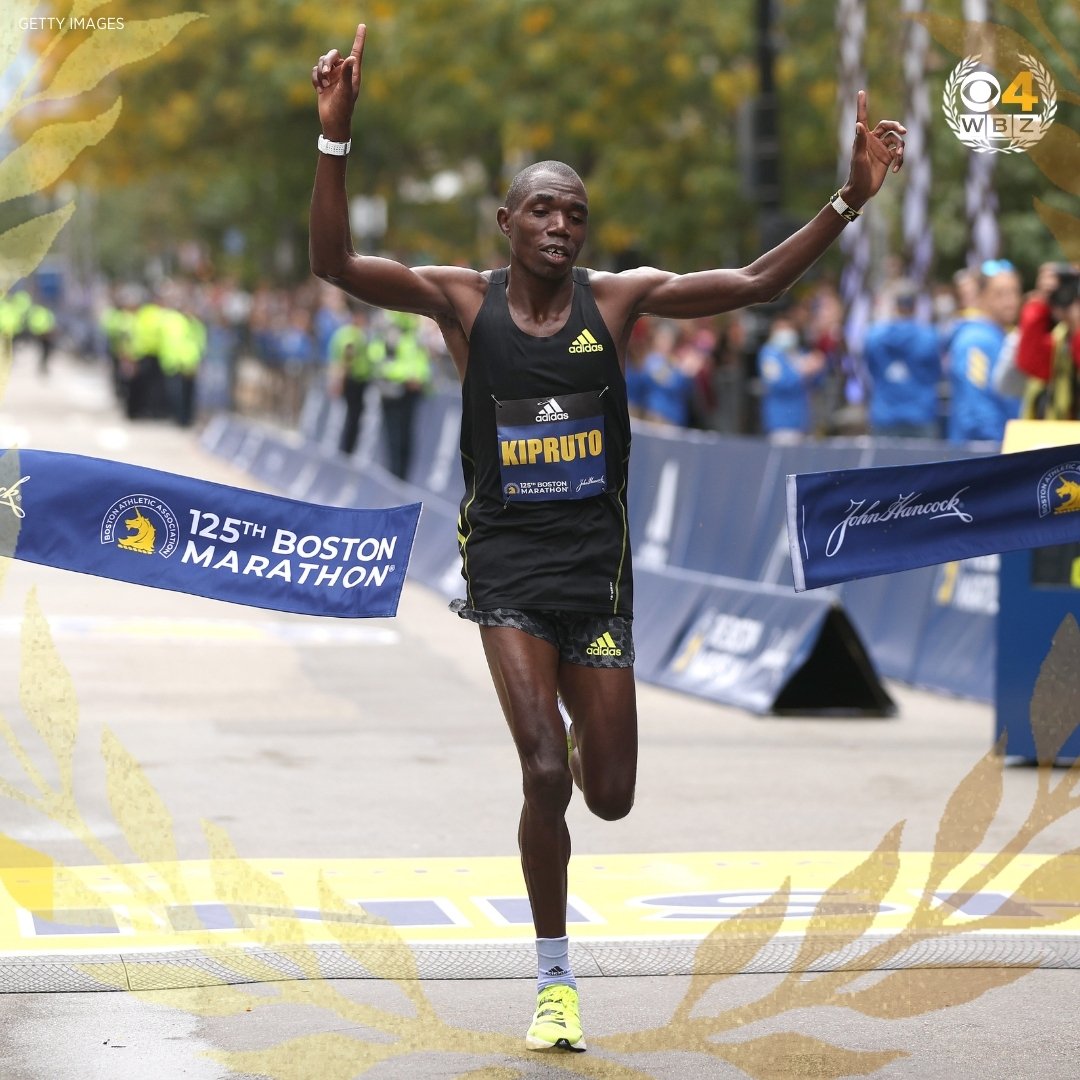 Kipruto who won the Parague Marathon in may finished ahead of Ethiopia’s Lemi Barhanu and Jemal Yimer who finished in the second and third positions.

Barhanu clocked 2:10:37 ahead of his countrymen Jemal Yimer who clocked 2:10:38 and Tsedat Ayana finishing in the fourth position clocking 2:10:40.

The 42 kilometers race started with an American CJ Albertson taking an early lead of the race but it turned onto Beacon Street at Cleveland Circle to Kipruto. By the time he approached the 1 Mile to Go marker in Kenmore Square, he was in front by 12 seconds.

Diana Kipyogei led the race across the finish line winning her major marathon debut clocking 2 hours, 24 minutes, and 45 seconds with 24 seconds over former champion Edna Kiplagat who finished in the second position recording time of 2:25:09. 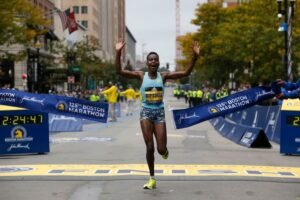 Kipyogei, who was running only her third 26-miler after notable success in the half marathon, broke the race open after battling Ethiopia’s Netsanet Gudeta in the Newton hills and held off a surging Kiplagat in a final couple of miles.

The 27-year-old had only run two other marathons heading into Monday’s race, winning the 2020 Istanbul Marathon and placing third in the 2019 Ljubljani Marathon.

Swiss athletes won the men’s and women’s wheelchair events, with Paralympic champion Marcel Hug picking up his fifth title in Boston in 1:18:11 despite missing a turn in the final moments of the race, an error he told officials may have cost him 20 seconds.

Manuela Schar picked up her third Boston Marathon win in 1:35:21.

Temperatures hovered around 60 degrees Fahrenheit (15.6°C) as the professional men’s and women’s groups took off from Hopkinton, Massachusetts, under humid conditions for the 125th running of the world’s oldest annual marathon.

As a way of curbing the spread of covid-19 at the event the organizers limited the field to 20,000 runners. Race entrants were required to provide proof of COVID vaccination or take an on-site COVID test that yields a negative result before the race Participants and then issued a bracelet that was to be worn through completion of the race, as proof of compliance. Runners were to comply with local face masks requirements, and while using race transportation, but masks were not required during the marathon.

The Boston Athletic Association (B.A.A.) has organized this event annually since 1897, except for 2020 when it was canceled due to the COVID-19 pandemic. The race has been managed by DMSE Sports, Inc., since 1988. Amateur and professional runners from all over the world compete in the Boston Marathon each year, braving the hilly Massachusetts terrain and varying weather to take part in the race.

The event attracts 500,000 spectators each year, making it New England’s most widely viewed sporting event. Though starting with 15 participants in 1897, the event now attracts an average of about 30,000 registered participants each year, with 30,251 people entering in 2015. The Centennial Boston Marathon in 1996 established a record as the world’s largest marathon with 38,708 entrants, 36,748 starters, and 35,868 finishers.