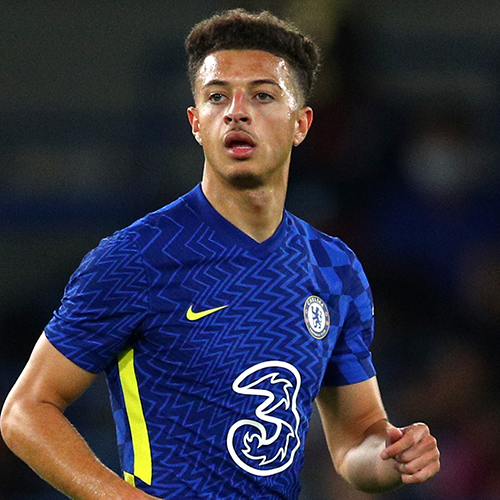 Chelsea is one club known to always get a solution to any erupting problem. Be it the current manager not getting the desired results? Let’s recruit a new one.

The team still not scoring enough goals? Here’s a bucket load of cash to buy a new attacking option.

The Blues haven’t won the Premier League for a while? The Champions League looks a lot nice anyway, and they take it. But the Blues have another critical puzzle that needs an immediate solution.

A puzzle that is proving very tricky to rearrange or find a solution to, Antonio Rudiger’s contract is still not renewed.

By now, every Chelsea fan will be aware of the consequences should the German fail to extend his Stamford Bridge contract before January comes around. 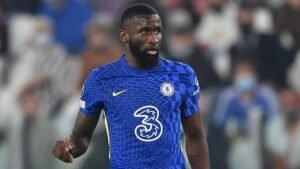 Antonio Rudiger has been one of the best defenders in the Premier League although his contract at Chelsea is running down and he is yet to agree on a new deal with the Blues.
| PHOTO: Courtesy |

He can start to pack his bags and look for the next flight out of South West London, but he can also pen down that contract paper and continue providing his services to the Blues.

And there a certainly a few destinations to choose from. Munich, Paris, and Madrid are just but a few.

From Bayern Munich to Real Madrid, PSG, to Barcelona, Rudiger has some enticing options lying in wait should he decide to leave the club he has played for since leaving AS Roma.

Can the pull of the English capital be enough to ward away the tempting alternatives abroad?

That depends if Chelsea can match his wage demands, which is currently the key stumbling block between player and club.

Next resort after Antonio Rudiger

If the £29m signing from AS Roma is set free in the next transfer window, then the Blues will need to source out a suitable replacement as quickly as possible considering how important Rudiger has been to the club’s defence.

Do they attempt another assault on Sevilla’s settlement for Jules Kounde, that crumbled towards the end of the summer transfer window?

Much like the Rudiger saga, money was an issue the last time Chelsea director, Marina Granovskaia tried to deal with the Spanish side for Kounde’s transfer.

Unless Chelsea capture the France international instantly, chasing him for another month seems like a waste of energy.

What are the other possibilities?

Juventus’ Matthijs de Ligt and Villarreal’s Pau Torres have been touted as potential replacement of Rudiger.

But the pair, particularly de Ligt, will not come cheap to the Champions of Europe.

So why not inspect the suitor closer to home?

Although Ethan Ampadu is currently playing overseas away from the Premier League, he is still a member of the Chelsea cohort.

The 21-year-old, on loan at Venezia, must be wondering when his time as a Blue will come around, having made the knock on the first team in 2018/2019 when he won the UEFA Europa League with the Blues. 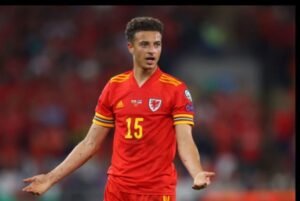 Ethan Ampadu has enjoyed his time with the Wales national team, playing an important role in the defense, the role Rudiger plays at Chelsea.
| PHOTO: Courtesy |

He started the match on the left side of a back three, a sign of the young man’s versatility.

Despite the relatively unknown position, his performance suggested anything but uncertainty.

This is pretty good news for Chelsea.

Should Rudiger bid farewell to Cobham, his slot in Thomas Tuchel’s defensive trio will need covering.

Could Ampadu be the natural understudy?

Perhaps not on paper, but continue to feature in that role for Wales, then he will have the necessary skillset to fulfil such a job, because one thing is for sure, Rudiger is older and will soon leave but Ethan still has a whole career ahead of him.

Plus, Ampadu won’t cost anything just like Reece James, Mason Mount and the now rejuvenated Ruben Loftus-Cheek who have all at some point spent loan spells away from Stamford Bridge.