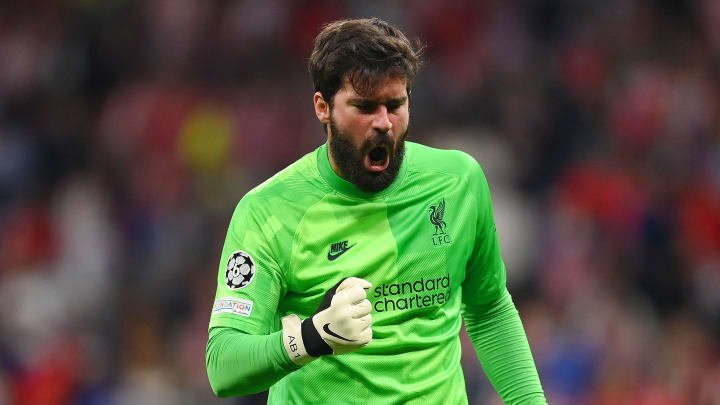 Liverpool goalkeeper Alisson Becker has praised Jurgen Klopp for saying what he termed as ‘the right things at the right time’ in the Reds’ 3-2 victory away at Atletico Madrid in a Champions League clash on Tuesday night.

Superb goals from Mohamed Salah and Naby Keita saw Liverpool race into an early two-goal lead at the Wanda Metropolitano, before Antoine Griezmann grabbed a quickfire brace to level the scores before half-time.

The Frenchman turned from hero to problem for Atleti when he was sent off just after the break after an ugly challenge on Roberto Firmino and Liverpool secured the three points courtesy of a Salah penalty, but Alisson said that Klopp’s half-time team talk was a real game-changer.

Liverpool goalkeeper Alisson did well to deny Griezmann his opener in the 3-2 victory against Atletico Madrid. | PHOTO: Courtesy |

Andy Robertson, Virgil van Dijk, and Sadio Mane all went close to scoring Liverpool’s third, but they eventually found their way through when Mario Hermoso clumsily tripped substitute Diogo Jota in the box and Salah tucked away from the resulting penalty.

Jota thought he had given away a spot-kick of his own for tripping Jose Gimenez on the other end, but the decision was overturned after a long VAR check and Liverpool clung on to an important victory. 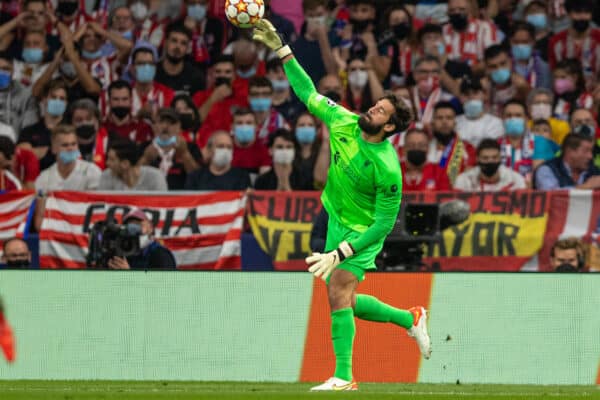 Liverpool manager Jurgen Klopp on his side told the media after the game that Atletico’s game plan was perfect in response to going behind, and it helped ‘swing momentum’ their way before the sending off.

The German also admitted that he wasn’t fussed about how Liverpool played as long as they secured the victory, as they were in need of a ‘dirty win’ to get by Atletico.

Liverpool is now at nine points and on top of Group B after recording three wins in three defeating Milan at home before crushing Porto 5-1 in Portugal.

Atletico and Porto are level on points after recording a win each and drawing when they faced each other last month. Liverpool will next welcome Atletico at Anfield in two weeks’ time as they seek to qualify as number one.