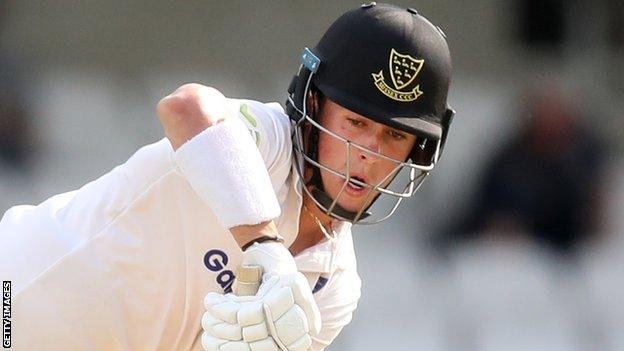 Ali Orr has tied himself to a multi-year contract extension with the Sussex cricket team, the club has confirmed.

Having signed his contract in April this year, at just 20 years of age, Ali Orr has established himself as one of the key figures in the Sussex cricket team.

The young cricketer in his debut season at the club has achieved unbelievable records scoring over 500 runs at an average of nearly 40, in seven Championship matches, inclusion of four fifties, and a maiden first-class century against Kent in his third appearance.

Together with Tom Haines at the top of the order, the two have formed a formidable combination.

The pair’s opening stands averaged over 60 and they added over 100 runs together on three occasions.

In white-ball cricket Ali was absolutely in his best form averaging almost 30 in the Royal London Cup and scoring a century in the match against Worcestershire.

As part of the Sussex Cricket pathway since the age of nine, Ali is a former pupil of Bede’s School and plays his club cricket at Eastbourne CC.

“I am thrilled to sign a new contract with Sussex. It really means so much that the club has faith in me to try and help move forward and play my part in getting Sussex back to winning ways.” He said.

Ali Orr says although the season has not been as per their expectations he is looking forward to the next challenge, focused together with his teammates to bring glory to the Sussex club.

“Obviously, we haven’t had the season we would’ve wanted and results didn’t quite go our way at times but for me, I feel like I’ve learned a lot about first-class cricket and found things in my game that work and some things that of course need working on.” Ali Orr added.

Going forward Ali Orr hopes that his team will further produce good results in the Championship and Royal London Cup.

“Next season, as well as focussing on making further progress at the top of the order in the Championship and Royal London Cup, I also want to better my skills in the short format and make my debut in the Vitality Blast. Longer term, I hope to make it on a Lions tour and have ambitions of playing for England.

“I would like to express my thanks to Ian Salisbury and James Kirtley this year for their support with my game, all the support staff for helping me develop both physically and mentally and all my teammates for making me feel so welcome and allowing me to learn so much from them.

“I am also so grateful to everyone I worked with in the pathway programme. It was that that gave me the hunger to become a professional cricketer. Phil Hudson and Richard Halsall in particular believed in me the whole way through and gave me the confidence to succeed.”

Sussex’s Championship and One-Day Head Coach Ian Salisbury praised Ali Orr for his stellar performance in the period he has traded his services with the Sussex club.

“Since the moment he came into our side, Ali has shown everyone what a talented cricketer he is. He has risen to every challenge we set him and is a perfect example of the cricketers we’re trying to produce at the club.

“If you look at the numbers he produced this summer – the runs he scored, but also the sheer number of balls he faced – then it’s clear he’s an opening batter for the future, not just for Sussex but at a higher level too. He’s right up there among the young batsmen making their mark at the moment.” He said.