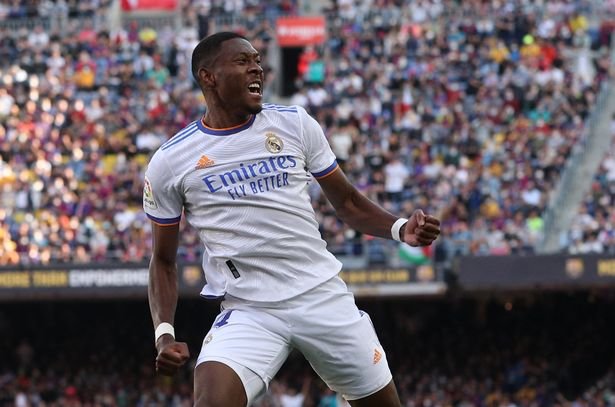 Sergino Dest squandered a golden chance for Barca and Madrid made their hosts pay when Clasico debutant Alaba arrowed in a brilliant shot.

Karim Benzema should have added to Madrid’s lead in the second half, though Vazquez was on hand to nudge in at the end of a stoppage-time counter.

That proved to be crucial, with Sergio Aguero’s first Barca goal in the 97th minute not enough to inspire a comeback as the hosts failed to win a fifth straight LaLiga Clasico, their longest winless run against any team in the competition since May 2008.

Barca seemed all set to take the lead after breaking clear from a Marc-Andre ter Stegen pass, yet with only Thibaut Courtois to beat, Sergino Dest lashed a close-range effort way over the bar.

Where one full-back failed, another one made no such mistake. After getting Madrid on the counter by dispossessing Memphis Depay, Alaba continued his run to latch onto Rodrygo’s pass and thump a staggering finish into the top-right corner. 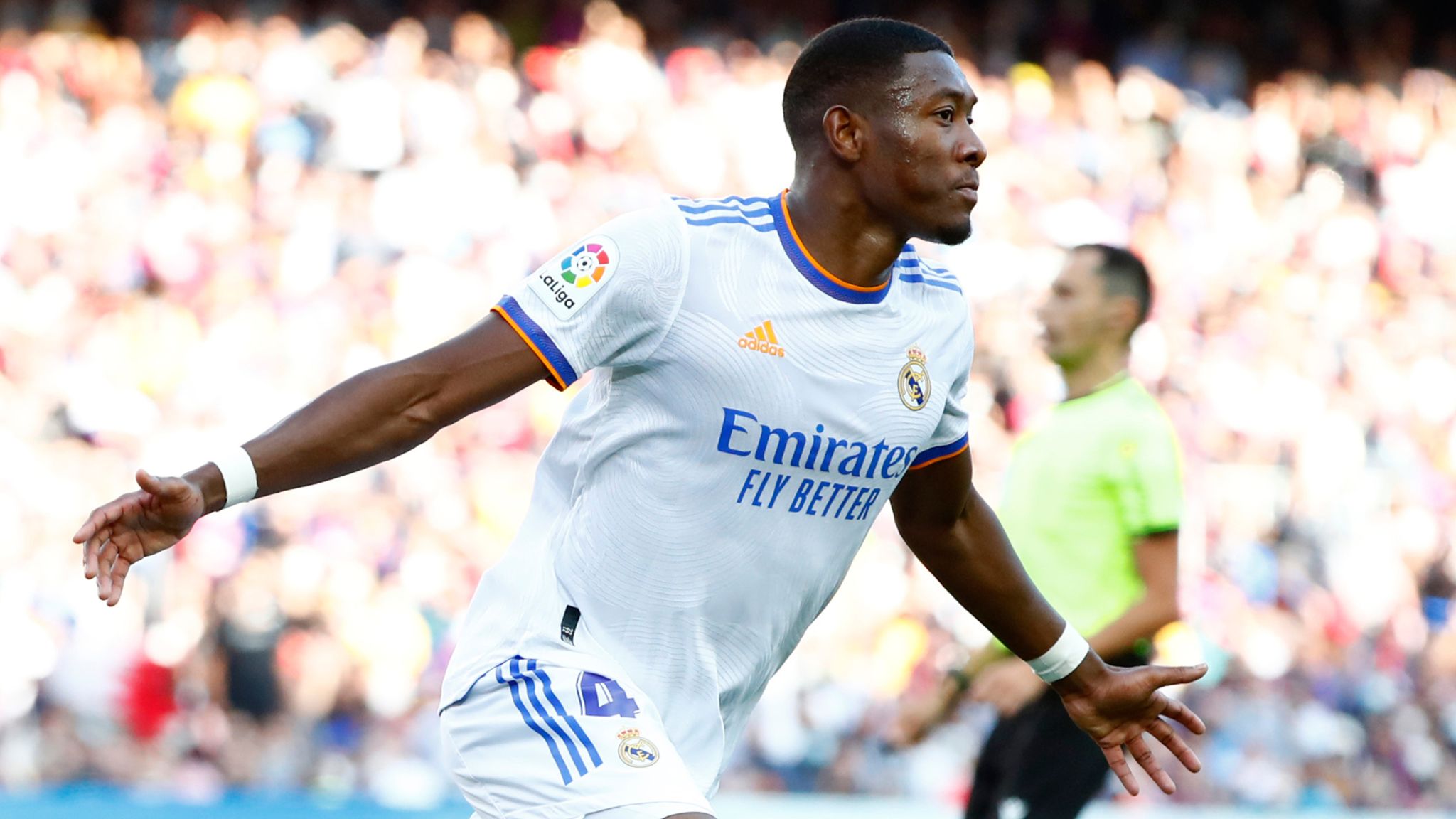 Alaba made a remarkable contribution at the other end before half-time, blocking Ansu Fati’s goal-bound attempt after Gerard Pique had headed just wide.

Benzema snatched at a volley just after the hour, before he failed to turn home Vinicius’ cross from close range, although the offside flag spared his blushes.

Pique and substitute Aguero both flapped at a cutback in injury time and Madrid grabbed a second goal from the resulting counter when Vazquez fired in on the rebound from Marco Asensio’s shot.

Koeman is only the second manager in LaLiga history to lose his first three Clasico matches, after former Barca boss Patrick O’Connell between 1935 and 1940, with the Blaugrana sitting in eighth and already five points off the leaders, Real Madrid and Real Sociedad. 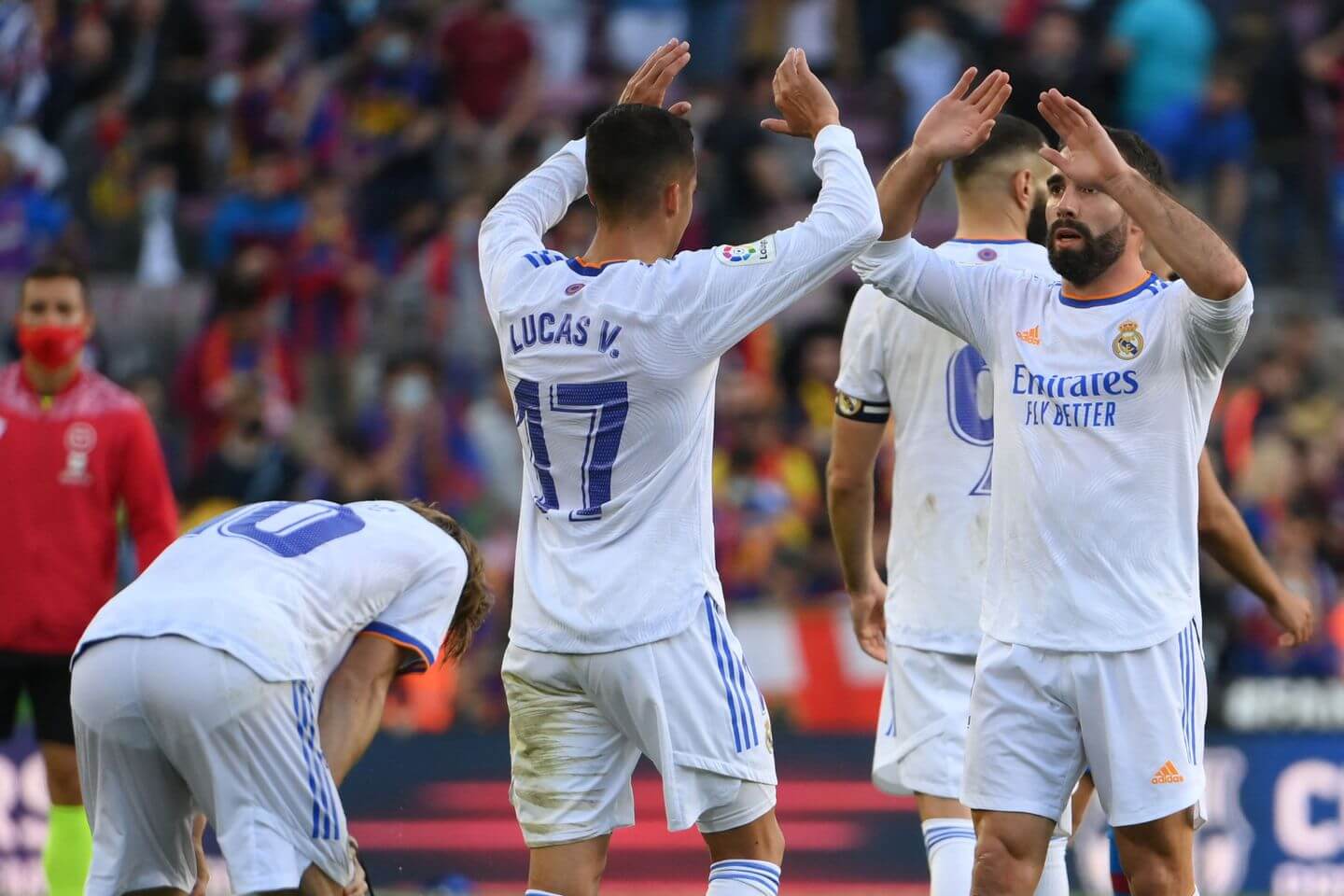 Ancelotti, meanwhile, claimed his first managerial victory against Barca at Camp Nou at the sixth attempt.

David Alaba – with his stunning strike, became the fifth player to score on his Clasico debut for Madrid in the 21st century, after Brazilian striker Ronaldo (2003), Ruud van Nistelrooy (2006), Raphael Varane, and Jese Rodriguez (both in 2013).

While starting in an advanced role on the right, Dest should have put Barca ahead in the 25th minute, yet from the best opportunity of the game at that stage (an expected goals value of 0.336, while Alaba’s strike had an xG of just 0.081), the full-back wasted his chance. It was no shock to see him return back to the defense in the second half.

Both sides will be back in action in the course of the week with mid-week fixtures. Barcelona will seek to bounce back on Wednesday when they travel to Rayo Vallecano, while Madrid host Osasuna on the same day.