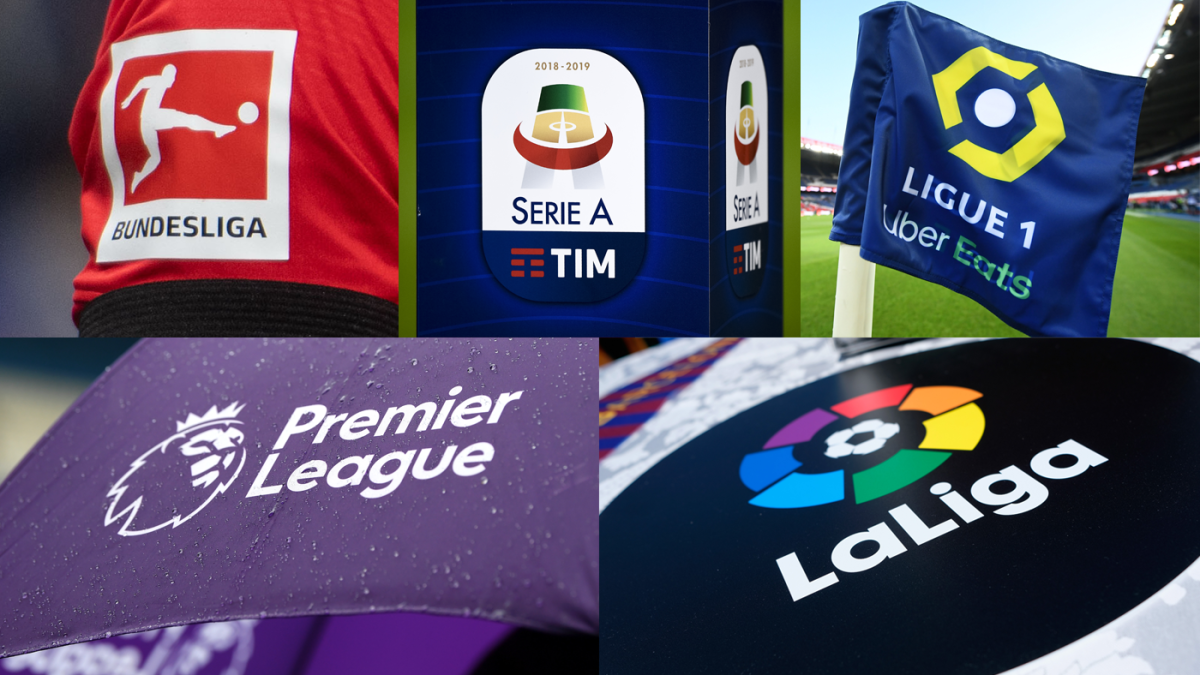 Comparing the top five European football leagues is one of those discussion points that rears its head every few months – it is as topical as choosing a NAP in football betting each weekend.

It’s a timeless topic, an area that can provoke debate and frustrate. In many ways it is subjective, and those who favor one league over another (for whatever reason) obviously bring their own chunk of bias to the table.

The ‘strength’ of each league is not a straight forward evaluation. European performance is often used, but the unpredictability of knockout football makes that imperfect.

As of mid-August 2021, Ligue 1 dropped OUT of the top 5 European leagues based on the UEFA coefficient.

While most football fans believe that the French top flight is still worthy of this status, it has been replaced by Portugal’s Primeira Liga.

This will be the first time that football stalwarts like Lionel Messi, Neymar, Sergio Ramos and so on will not be participating in a league in Europe’s top five.

The UEFA coefficient rankings are based on a number of factors but PSG’s success in recent years has kept Ligue 1 relevant when it comes to European football tips. Messi’s arrival is only going to enhance its status as one of Europe’s top 5 leagues now and in future

But, how did this take place? We take a detailed look at the events that led to this switch of spots and what it means for both competitions.

What is the UEFA Association coefficient?

UEFA uses the association coefficient as a metric similar to the FIFA World Rankings.

European football’s governing body uses it as a way to determine the top five leagues in the continent. This coefficient helps in determining the slots available for each country’s league in the three European competitions.

That way UEFA can make sure that the best teams on the continent are represented in the top competitions, especially the Champions League. It also ensures that there is sufficient representation from all nations under them.

How does this system work?

Similar to the national team ranking system, the coefficient is a result-oriented metric.

The rankings are based on the results of the clubs within a certain league in UEFA competitions. The domestic competitions do not count while determining the coefficient points.

The clubs receive points based on their progression in the Champions League, Europa League and Conference League. The points determine who the top five leagues in Europe will be.

These points are calculated every year for each league. Then the points divided by the number of teams the league has participating in the competitions. (Eg. If English teams gain a total of 120 points and there are six teams, their coefficient for the year would be 20).

The change in coefficient comes into effect only after two years.

For example, if France’s coefficient in the 2021-22 season is good for only five spots compared to six a year before, the ranking will be in place only in the 2022-23 season.

Why is it important?

This coefficient system is a simple and effective way to ensure two things. One is representation. UEFA is a European body.

Rather than focusing on clubs from elite leagues, this system allows for representation that is equivalent to a league’s level of football.

Overall, representation makes for a more global feel and and allows for diversification. In fact, such clarity could bring about wonderful stories like Porto’s dream run to the 2004 Champions League title.

The second aspect is quality. This coefficient allows UEFA to balance the quality of football with representation. Regular updates also mean that the leagues involved within the rankings need to earn their spots every single season. It makes sure that there is a general focus on promoting winning football.

How did the Ligue 1 and Primeira Liga switch happen?

The recent focus on the UEFA Association coefficient rankings came due to the sudden switch between the Ligue 1 and Liga NOS.

The coefficient for the 2023-24 season will not be affected based on the current rankings as the season is yet to get over. However, the warning signal has been sounded for Ligue 1.

The current shift happened due to Monaco’s inability to secure a place in the UEFA Champions League group stage. This means only two French teams, Lille and PSG will be competing for the highest honors in European club football.

Portugal meanwhile, has three representatives in the group stages, which accounts for more points. This was courtesy of SL Benfica beating PSV Eindhoven in the playoff round.

How does it affect the Champions League, Europa League and Conference League spots?

If PSG and Lille progress further into the Champions League knockout rounds, the rankings will reverse.

However, if Portugal continue their hold on the fifth spot, this will mean that they gain two Europa League spots instead of one.

The number of Champions League spots remain the same for both leagues at three. Although, it does not spell doom straight away, it will be a big sign for the French clubs to step up and produce competitive, winning football on the continental stage.

In conclusion, the official list of top 5 European leagues in 2021 may suggest otherwise but Ligue 1 is now home to one of the best teams on the planet and the greatest player of all-time. Those two factors will be enough to support Ligue 1 staying in the conversation.