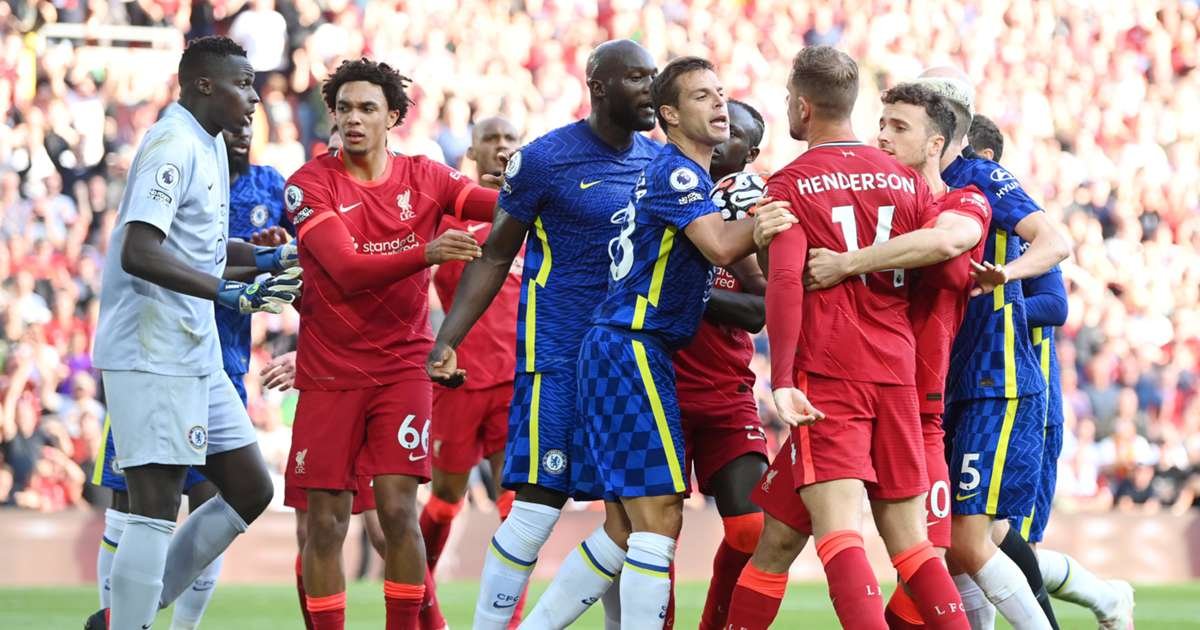 Chelsea have been fined £25,000 by the Football Association (FA) for failing to control their players during their controversial 1-1 Premier League draw with Liverpool last month before the international break.

The Blues admitted to two breaches of FA Rule E20.1 in the lively match at Anfield on August 28, both of those incidents occurring after referee Anthony Taylor sent off Reece James and awarded Liverpool a penalty in first-half stoppage time.

James was adjudged to have purposefully used his hand to block a shot on the line denying Liverpool a goal-scoring opportunity, with Mohamed Salah equalizing from the penalty spot to cancel out a Kai Havertz opener, but the decision left Chelsea’s players incensed and emotional. 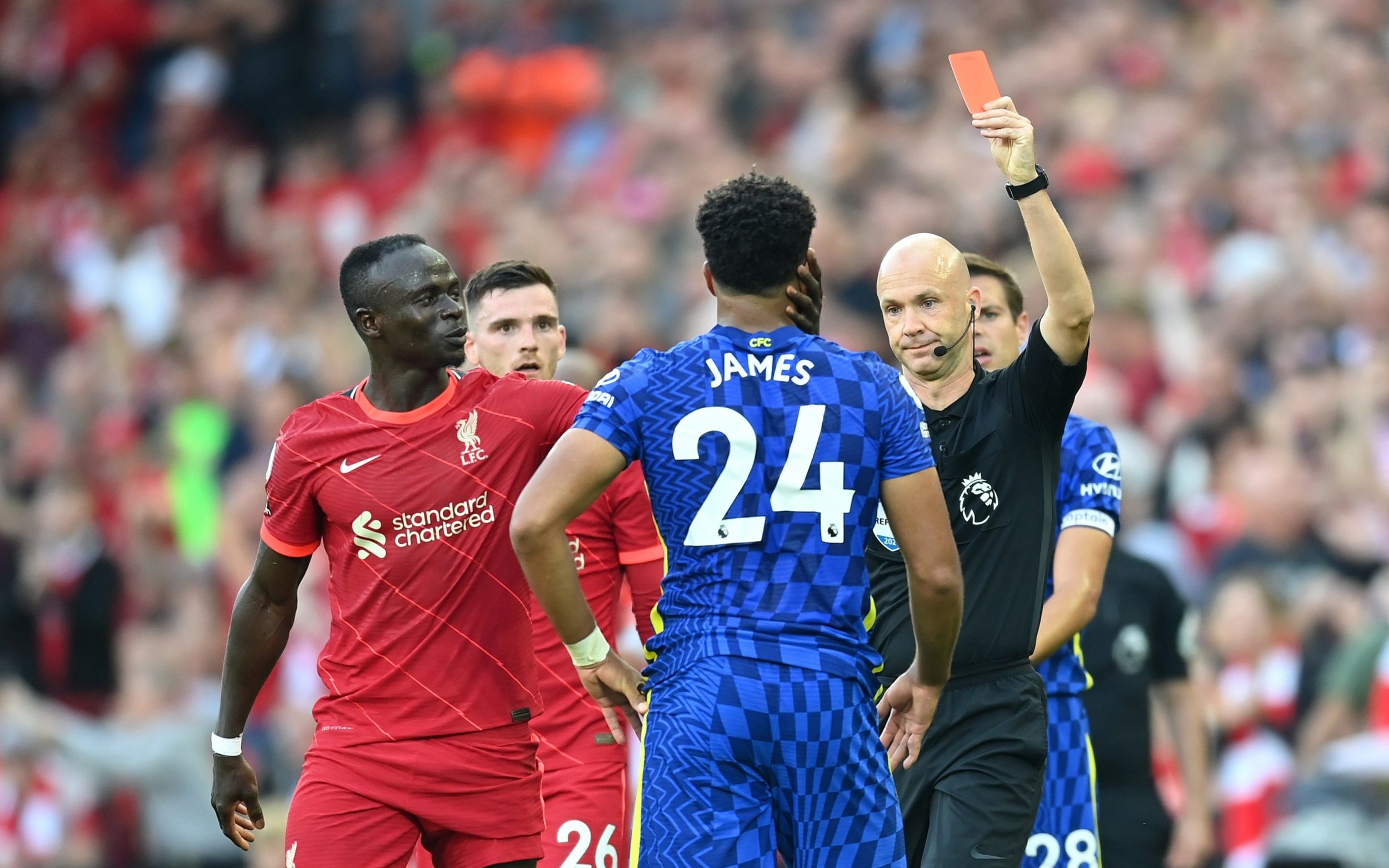 Reece James was sent off and Liverpool was awarded a penalty. | PHOTO: Courtesy |

Defender Antonio Rudiger and goalkeeper Edouard Mendy were booked for their protests, and the fallout continued as the players left the field after Taylor had blown for half-time.

A statement from the FA on Wednesday seen by SportsLeo read: “Chelsea FC has been fined £25,000 for two breaches of FA rule E20.1 which occurred during their Premier League fixture against Liverpool FC on Saturday 28 August 2021.

“The club admitted failing to ensure that its players conducted themselves in an orderly fashion during both the 48th minute of the first half and following the half-time whistle.”

The result on Merseyside ensured Chelsea and Liverpool had an identical record from their opening three games to the new Premier League season, with two wins, one draw, six goals scored and one conceded.

Thomas Tuchel and Jurgen Klopp agreed after the game that the decision to both, award a penalty and send off James was harsh to Reece James and the Blues. 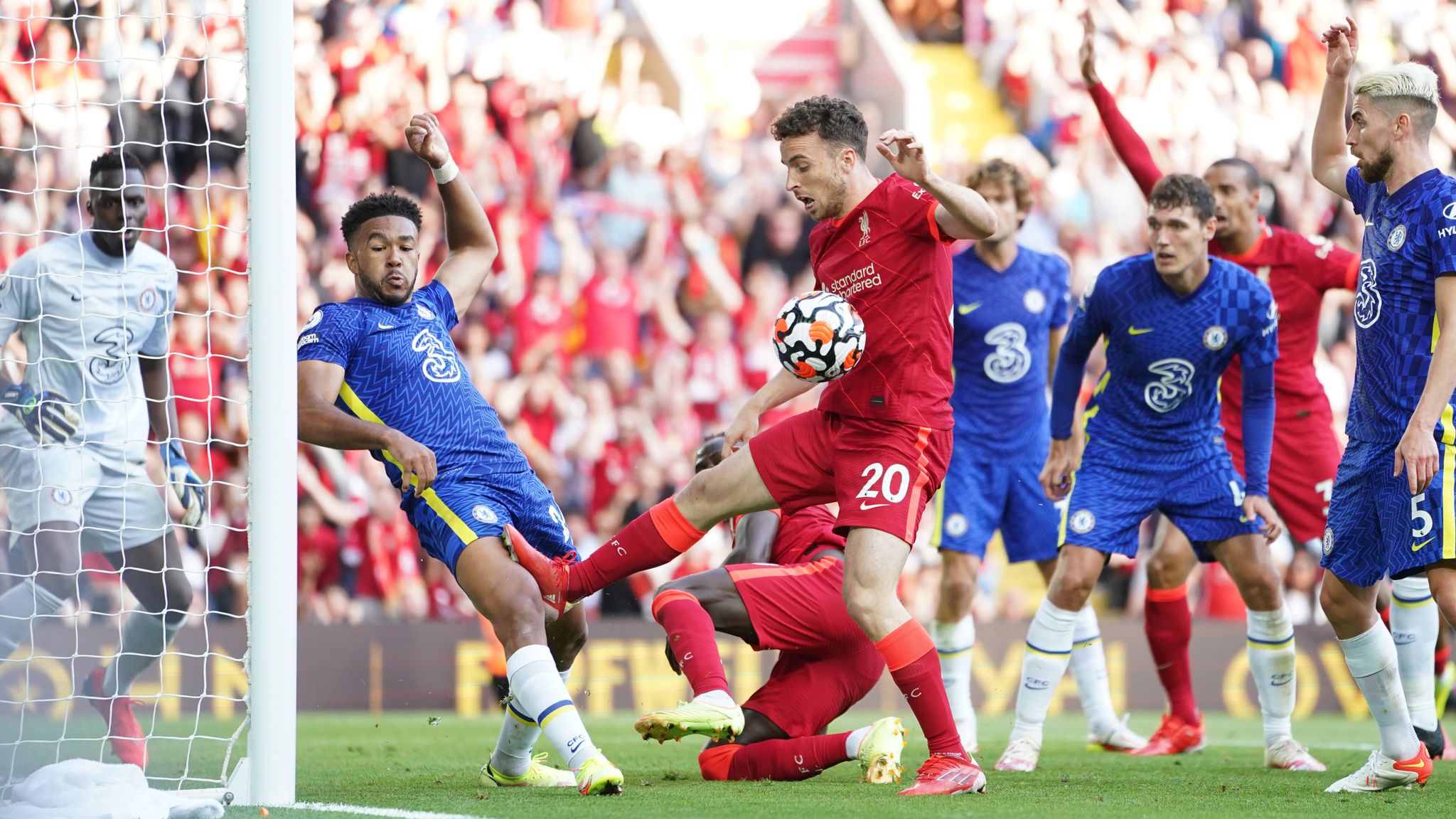 The two teams have been involved with a bit of a grudge of late stretching to a couple of seasons ago. Last season, Andreas Christensen was also sent off in the same tie played at Stamford Bridge while the season before, there was an exchange of words between Jurgen Klopp and the then Chelsea manager Frank Lampard that had to force the line official to intervene.

Remarkably, Anthony Taylor was the manager on August 28 when Reece was sent off. The same referee has been involved in sending off Chelsea players for the last several years with the latest one in the FA Cup finals against Arsenal when he sent off midfielder Mateo Kovacic. The English referee was also the man in the middle when Bayern Munich was playing Chelsea at Stamford Bridge two seasons ago in a UEFA Champions League knockout tie. Chelsea left-back Marcos Alonso was sent off in this match after accidentally knocking Bayern Munich forward Phillipe Coutinho ( now at Barcelona).

After the match, Chelsea fans went riot on social media demanding an investigation into Anthony Taylor’s refereeing against Chelsea.

Chelsea will take on Aston Villa this Saturday at Stamford Bridge in a late kick-off whilst Liverpool travel to Yorkshire to battle against Marcelo Bielsa’s side Leeds United at Elland Road.