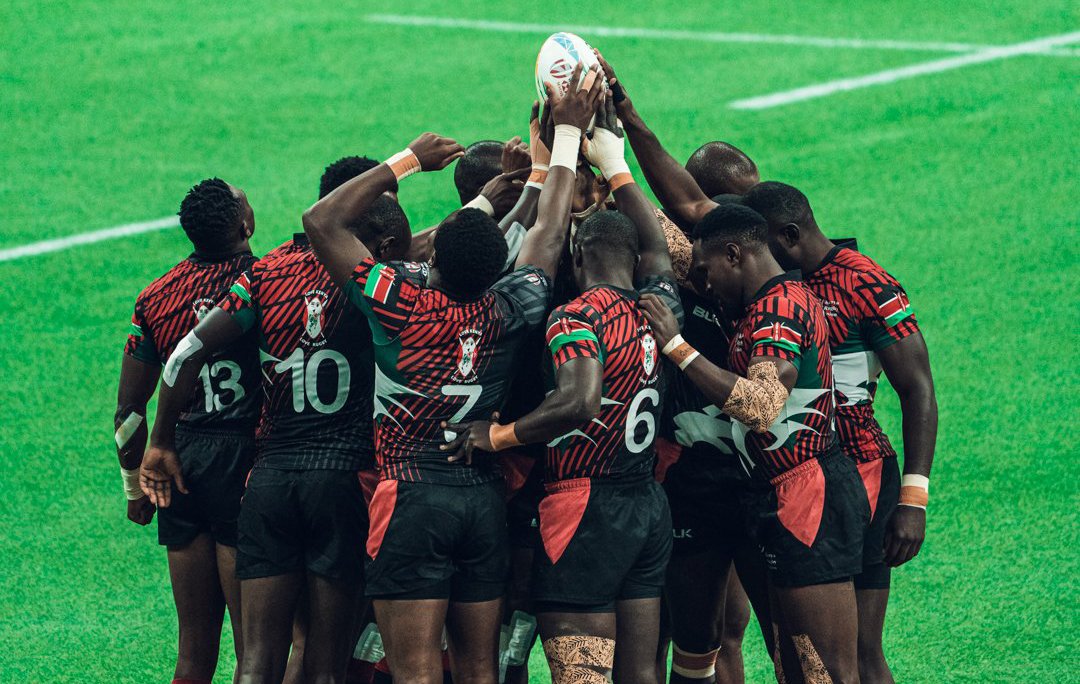 Shujaa lost the final of the Vancouver Sevens 38-05 to South Africa on Monday morning, but still managed to collect 18 points from the season-opening leg of the World Rugby Sevens Series in Canada.

It was the second successive loss for the Kenya Sevens boys at the hands of the South Africans who had earlier beaten them when they met in the group phases on Sunday morning.

Kenya started the match poorly against the Blitzbokke and trailed 24-0 at halftime with the South Africans dotting down four tries, two of which were converted. Angelo Davids crossed over the whitewash for a brace with Sokoyisa Makata and Ronald Brown adding one each for the South Africans.

In the second half, two converted tries from Christie Grobbelaar and Darren Adonis confirmed the victory for the South Africans.

Daniel Taabu’s unconverted try in between merely counted for statistics as Kenya couldn’t gather enough in their tanks to battle for a comeback.

The Kenyan boys who come off a disappointing outing at the Olympic Games had performed well at the tournament, their only losses coming at the hands of the South Africans, twice.

Shujaa had beaten Spain 17-5 and Mexico 45-7 to storm to the Main Cup Quarters where they held their own to beat Mike Friday’s USA 19-14 before thrashing Ireland 38-5 in the semis.

In the quarters, Alvin Otieno scored the winning try for the Kenyans, capping off a wonderful outing in Canada.

The USA, coached by former Kenya Sevens coach Mike Friday had started off well with Kevon Williams dotting down within the opening 40 seconds of the game after citing space in the middle off a quickly taken line out.

Shujaa responded in a similar manner, Otieno dotting down for his first try of the game after a powerful run through the middle of the pack picking up Daniel Taabu’s offload.

The USA went back to the lead when Malachi Esdale went over after an offload from Williams, the Americans having turned over possession with Kenya penalized for a forward pass.

But after the break, the Kenyans were relentless and Taabu dotted down their second try of the game with a good powered run on the right off a scrum.

With under three minutes left, Kenya were pushing the Americans and Otieno, nicknamed Buffa crossed over to dot down the winner with another powerful sprint down the middle off a scrum. The conversion was good as Shujaa led 19-14.

Despite some nervous end with USA winning possession off Kenya’s line-out, Innocent Simiyu’s men kept their composure and switched possession back to their arms with a turnover just out of their own 22.

Against Ireland, Shujaa were resilient once again with Otieno scoring a brace of tries while Willy Ambaka, Daniel Taabu and debutants Levy Amunga and Mark Kwemoi scored one each.

The focus will now shift to the Edmonton Sevens next weekend where Shujaa will hope to keep their momentum running with stiffer opposition expected in the rearranged season of sevens rugby.